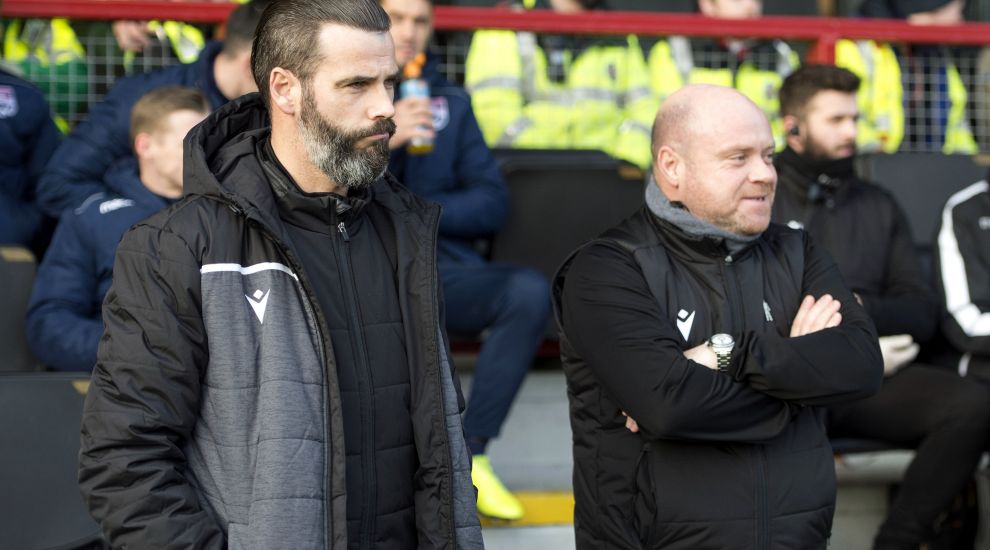 Ross County co-manager Steven Ferguson has watched Hearts hit the headlines for all the wrong reasons but he thinks they could finally be getting it right under Daniel Stendel.

The German boss has not had it easy since replacing Craig Levein at Tynecastle.

First there was the compensation row with his former club Barnsley, then a wretched run of defeats which saw him lose his first five games.

The subsequent fall-outs with Glenn Whelan and former skipper Christophe Berra have added to a narrative of chaos at a club no stranger to media frenzies in recent years.

However, Staggies chief Ferguson – who welcomes Hearts to Dingwall on Wednesday night – thinks it might be a different story under Stendel.

The appointment of Steven Naismith as captain, Stendel’s first win in Saturday’s 5-0 Scottish Cup routing of Airdrie and his first signing – Kosovo international Donis Avdijaj – have all provided a much-needed boost.

Ferguson said: “There is always going to be a reaction but a manager takes time to bed in his ethos.

“Daniel has obviously gone some way over the last month to get players that can play the game the way he wants to play.

“We’re aware of that but we’ll focus on our own performance, especially after Saturday’s loss to Ayr.

“We need to worry about getting our own jobs right before we start worrying about anybody else, but we understand that Hearts will get a bounce now and that things are settling down for them.

“It’s been a bit of a media frenzy regarding Hearts for a number of months and even years. They are always in the paper for things not to do with football.

“They more than anybody will want to get back to talking about the football and will feel they have a chance to do that now.”

Ferguson and dugout partner Stuart Kettlewell were left shell-shocked on Saturday as last season’s Ladbrokes Championship winners were dumped out of the cup by second-tier Ayr.

He said: “The bit that frustrated Stuart and I is that we managed to handle that kind of challenge not so long ago when we were down in the Championship last season.

“What we had to do was clear. We had to match Ayr in their endeavour and their energy.

“We failed to do that so ability is taken out of the equation. It became a free hit for Ayr and they took it.

“We need to be better than we were. We’ve got a chance to put things right on Wednesday and get our fans back onside.”