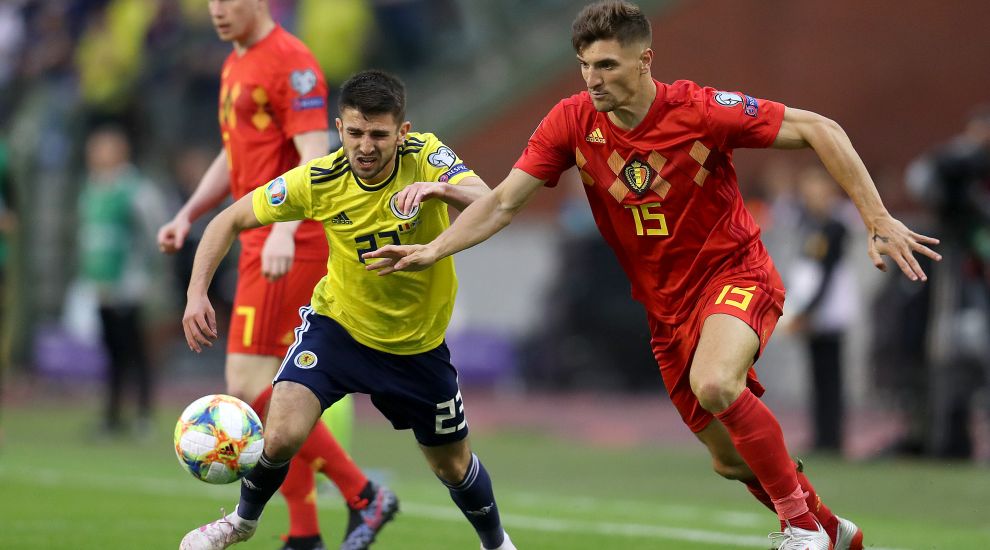 Steve Clarke insists he had no qualms throwing Greg Taylor in for his Scotland debut in the 3-0 defeat by Belgium at the King Baudouin Stadium on Tuesday night.

The 21-year-old Kilmarnock left-back came in to replace injured skipper Andy Robertson for the toughest of tough European Championship qualifiers in Brussels.

Taylor helped the well-organised and diligent visitors hold out against the star-studded Red Devils until just before the break when striker Romelu Lukaku headed in a cross from skipper Eden Hazard.

The Manchester United striker grabbed a second in the 57th minute with a strike from close range and Manchester City attacker Kevin De Bruyne added a third in the final minute with a low drive for what turned out to be a comfortable Group I win for Roberto Martinez’s side, ranked number one in the world.

Clarke, who was Taylor’s boss at Killie, was pleased with Taylor’s performance.

“He didn’t surprise me,” said the Scotland boss.

“I worked with Greg for 18 months and I knew he was ready.

“I thought his performance was excellent from start to finish.

“It was a big ask for him but I know his temperament, I know his character.

“He showed everyone that he was deserving of his start that he got.”

Former West Brom boss Clarke worked with Lukaku at The Hawthorns, but there were no favours given from the powerful Old Trafford striker who might have scored a hat-trick at least.

Clarke said: “I got a big cuddle with him in the tunnel and he apologised for scoring.

“Romelu is a fantastic character. I enjoyed working with him.

“He was a young boy when he worked with me, he has grown since then, strong, a goal scorer and he has played for some of the best clubs in the Premier League.

“He continues to develop as a player and he wants to get better and better.”