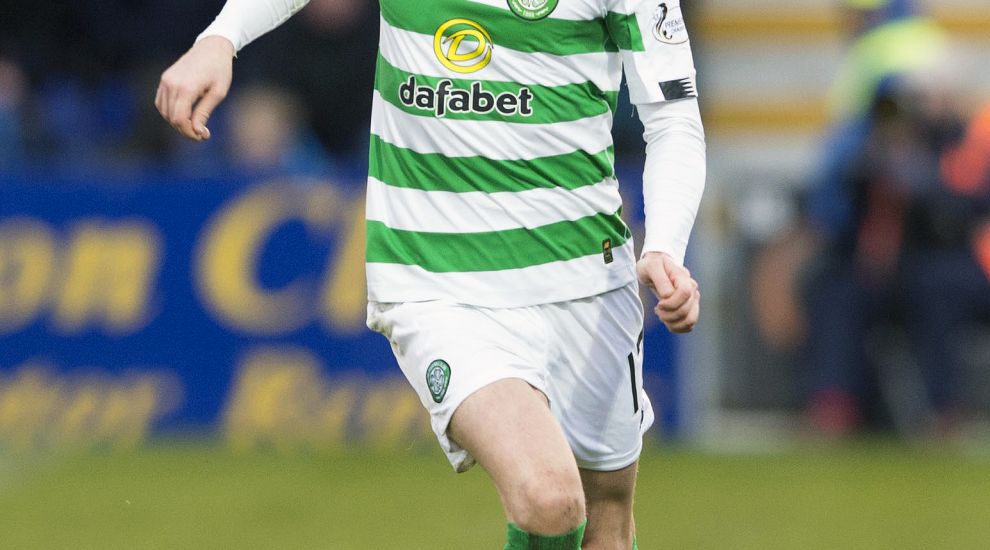 Celtic midfielder Ryan Christie believes any retrospective account of the season will have a strange sheen to it regardless of when and how it ends.

Football in Scotland has been suspended since March 13 due to the coronavirus epidemic with no firm date for resumption.

The Hoops are 13 points clear of Rangers at the top of the Ladbrokes Premiership having played a game more and, with a William Hill Scottish Cup semi-final against Aberdeen to come, are gunning for what would be an unprecedented quadruple domestic treble.

Speaking on the night he would have been hoping to feature for Scotland against Israel in the Euro 2020 semi-final play-off at Hampden Park, Christie told Radio Clyde Superscoreboard how difficult it will be to analyse the 2019/20 campaign.

He said: “I was really looking forward to the run. Obviously the Scotland game but Celtic as well, the games at the end of the season are always the biggest ones.

“The Old Firm game was obviously the first one to be called off for us and the likes of the semi-final of the Scottish Cup, all these huge games, you just feel gutted that you don’t have them to look forward to any more.

“But it is going to be strange for everyone looking back on this season, whatever the outcome because it is unprecedented the way everything has panned out.

“Obviously you miss the games, the buzz of playing but even just training.

“The boys have been texting in the group chat but you miss that interaction and day-to-day in the changing room with the boys and the coaching staff.

“It is just the little things that you end up missing, like the structure of it,
when you get left without a structure for your day you don’t know what to do with yourself.”

Hoops defender Christopher Jullien is equally disorientated without his regular regime and he told Celtic TV how John Currie, head of fitness and conditioning, is helping the squad stay fit.

He said: “You wake up and you don’t know what to do. Normally you wake up and have your routine, you get up, take a shower, go into training but now it is different.

“Everything is going to be fine but I miss football. I have some stuff in my garage, like a running machine. You can’t do much. You exercise of course when you go out but you want more.

“It has been a week and a half and he (Currie) is taking care of us, sending texts, seeing how it is going. He is almost doing a little competition which is really good for the team.

“It is great but it is not the same when you are not on the field with the boys but we will get back to that soon.”