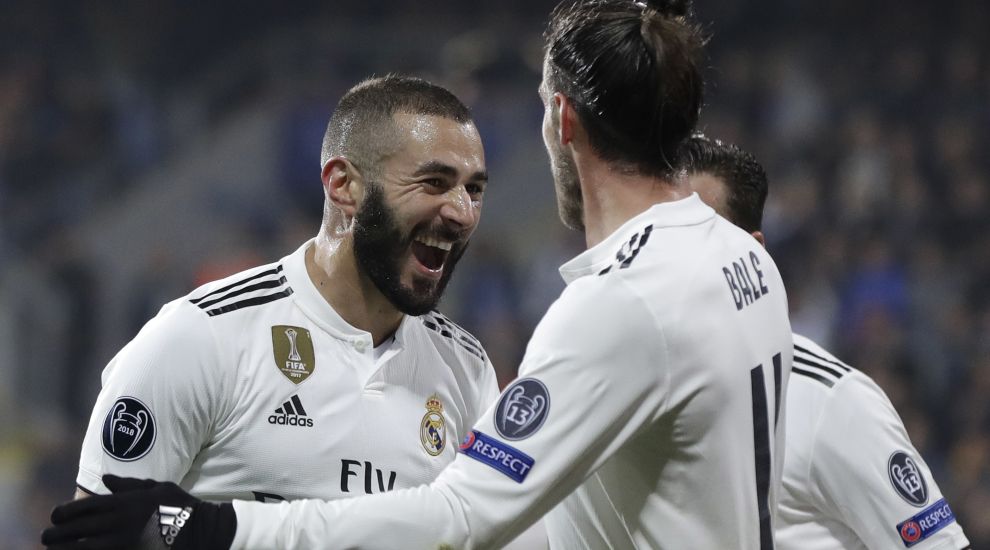 Real Madrid coasted to a third victory under interim boss Santiago Solari as they put five past Viktoria Plzen in the Champions League.

The Czech side were unfortunate to lose 2-1 in the reverse fixture against a Real team short on confidence in the final days of Julen Lopetegui’s reign, but were four down by half-time here.

Karim Benzema scored twice, with Casemiro and Gareth Bale also netting before the break for the defending champions, while Toni Kroos added a fifth in the second half.

The result lifted Real back to the top of Group G, where they face a battle with Roma for first place.

Solari gave Thibaut Courtois a Champions League debut for Real in goal, and the Belgian could well have conceded in an opening 15 minutes that Plzen dominated.

The visitors had a major let-off in the eighth minute when Patrik Hrosovsky’s cross was deflected against his own bar by Nacho. Roman Prochazka’s cross then just evaded the impressive Tomas Chory while Milan Havel was left with a badly bloodied nose after taking an elbow from Sergio Ramos.

But the hosts could not capitalise on their dominance and were soon made to pay. In the 20th minute Benzema scored his 200th goal for Real and one of his best, picking up a pass from Kroos and jinking past three defenders before side-footing in.

Three minutes later it was two as Plzen left Casemiro all alone in the box to head in Kroos’ corner.

Bale tested Ales Hruska in the home goal with a dipping shot that the keeper could not hold, and then headed Dani Ceballos’ cross into the six-yard box for Benzema to nod in his second in the 37th minute.

A minute later Havel had to be replaced by Milan Petrzela, and there was still time for Real to grab a fourth before half-time, Sergio Reguilon crossing for Bale to casually volley in via a flick-on from Benzema.

It was a first goal in eight games for the Welshman and capped a confidence-boosting 45 minutes.

Plzen again started the second half well and Courtois saved well from Jan Kopic with his legs before Hrosovsky fired over.

Just after the hour mark Solari sent on 18-year-old Brazilian Vinicius Junior for Benzema and five minutes later the teenager played in Kroos to score the fifth, the German sending an impudent chip over Hruska.

Lucas Vazquez had the ball in the net in injury time but the goal was erroneously ruled out for offside, and moments later Bale hit the bar as Real had to settle for five.