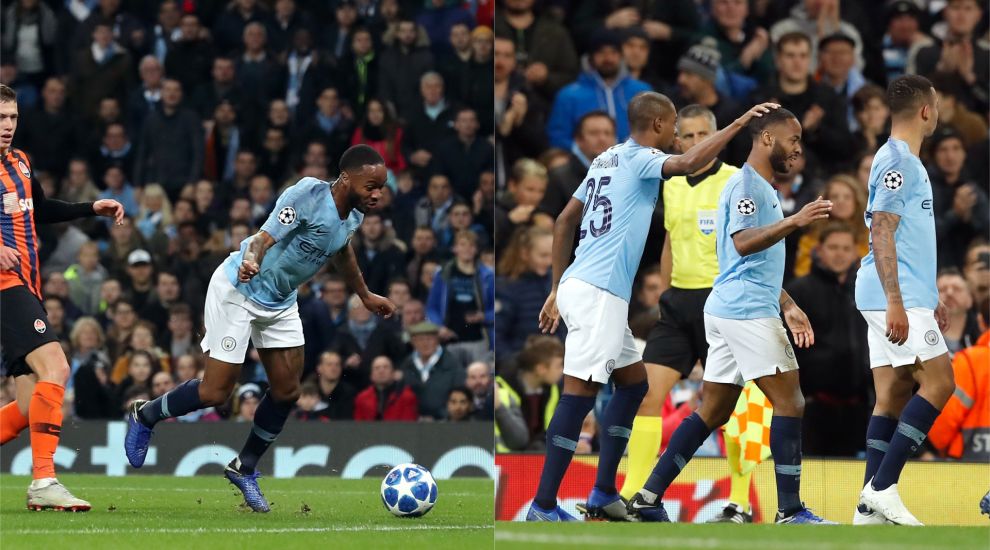 The England forward won City’s first penalty of the game after stubbing his foot on the ground when through on goal against the Ukrainian side, with Gabriel Jesus converting from the spot to double the lead.

And with the second half just minutes old, Sterling produced something far more impressive at the other end as he slalomed through the visitors’ midfield to add a third.

A tale of two halves for the 23-year-old, whose feet proved far more reliable at one end of the pitch than the other.