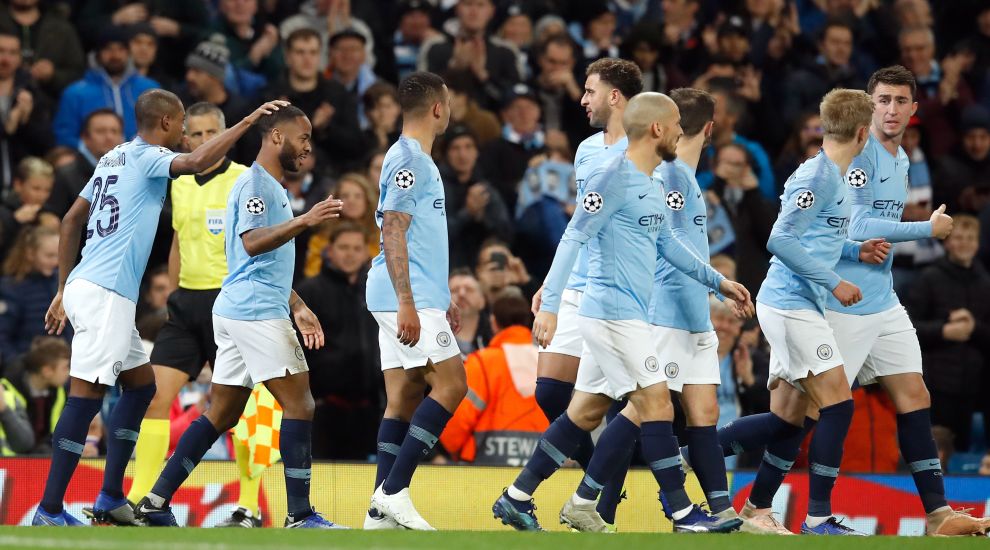 Raheem Sterling went into Manchester City’s Champions League clash with Shakhtar Donetsk at the Etihad Stadium on Wednesday having produced a superb performance on his previous outing.

At the end of a week in which it is understood he verbally agreed a new deal with City, the forward netted two goals – taking his tally for the club to 50 – and was involved in the creation of three others in Sunday’s 6-1 Premier League thrashing of Southampton.

After David Silva tapped in Riyad Mahrez’s delivery to put City 1-0 up, a bizarre moment then saw Sterling play a major role in the hosts doubling their advantage. The England international latched on to Fernandinho’s pass, took the ball into the area and fell to the ground having kicked the turf as he tried to shoot, with nearby Shakhtar defender Mykola Matviyenko having not touched him.

Hungarian referee Viktor Kassai’s response, bringing about looks of disbelief on the faces of Shakhtar players, was to point to the spot, and Gabriel Jesus subsequently netted from 12 yards.

It was then thanks to some Sterling magic that City went 3-0 up as he converted his first shot of the match, in the 48th minute. The 23-year-old collected Oleksandr Zinchenko’s pass with his back to goal, turned and got away from a couple of Shakhtar players, advanced towards the edge of the box and sent a fine strike past keeper Andriy Pyatov.

He looked set to score again late on just before Jesus completed his hat-trick, touching the ball beyond Pyatov only to be thwarted by a great interception by Ismaily.

Sterling produced a number of nice touches in build-up play, with perhaps the best coming just after the half-hour mark when he played a delightful through-ball to Jesus who was unable to make the most of a great opportunity, seeing his shot blocked by Sergii Kryvtsov.

While he was not quite as lethal here as against Southampton and unquestionably had some luck when it came to the penalty, there is no doubt this was another very decent display from Sterling.