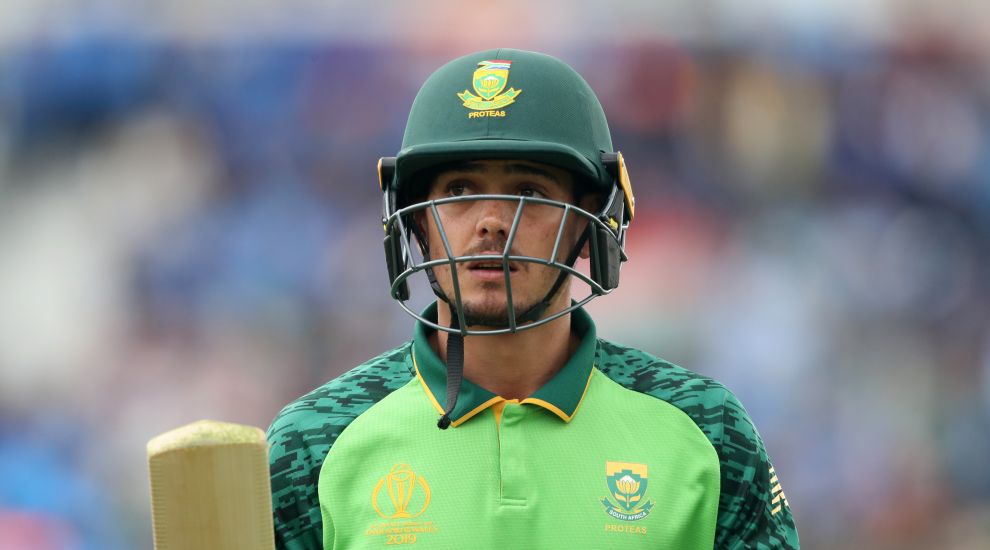 Quinton De Kock has been named as South Africa’s new one-day captain and will lead a new-look Proteas side in next month’s series against England.

De Kock has replaced 35-year-old Faf Du Plessis, who had previously acted as skipper in all three formats.

Du Plessis, who suggested after losing the third Test against England at Port Elizabeth on Monday that he was keen to pass on responsibility to the next generation, is not in the 15-man squad.

Lutho Sipamla, Sisanda Magala, Bjorn Fortuin, Janneman Malan and Kyle Verreynne are the new faces who will take part in the series, which begins in Cape Town on February 4 and continues in Durban and Johannesburg.

Graeme Smith, acting director of cricket at Cricket South Africa, said of De Kock: “He has a unique outlook and manner in which he goes about his business and is tactically very street smart.

“We are confident that the new leadership role will bring out the best in him as a cricketer and that he can take the team forward into the future and produce results that South Africans the world over can be very proud of.

“We wish him the very best in this new role and look forward to watching him make his mark in this series.”

Four players in the party – Lungi Ngidi, Magala, Tabraiz Shamsi and Jon Jon Smuts – will have to pass fitness tests over the next two weeks.

A CSA statement explaining the selection process read: “CSA endeavours to reward consistently good performances and saw this series as an opportunity to reward youngsters who have excelled in the domestic structures for some time, while giving senior members of the Proteas team a rest in the heavily scheduled international season that faces them.”

Steyn, the greatest South African bowler of his generation, recently retired from Test cricket to focus on the limited-overs game but may now have to wait until the Twenty20 series to make his international return.