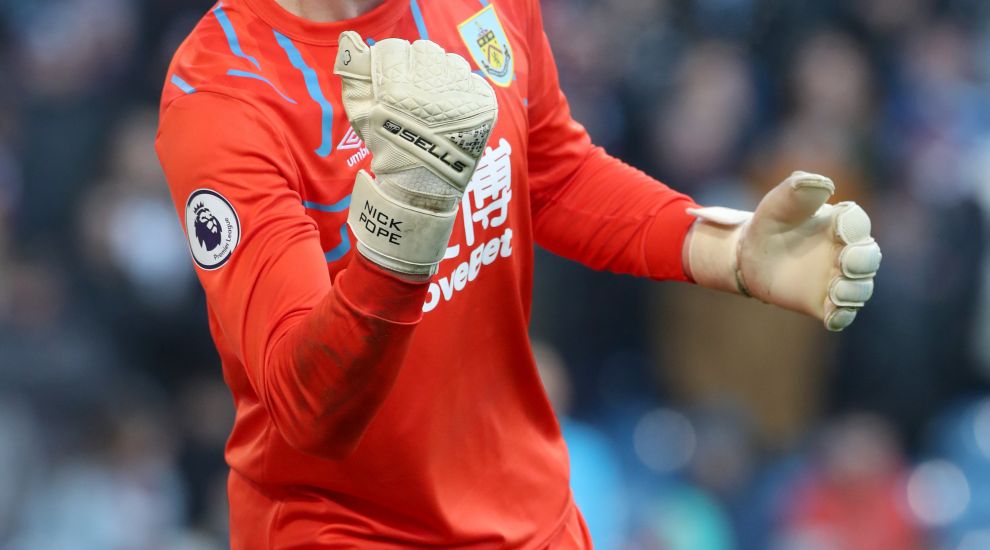 Nick Pope wants his Burnley team-mates to build on their come-from-behind win over Leicester as they look to climb further away from the relegation zone.

Pope’s penalty save from Jamie Vardy midway through the second-half proved pivotal in a 2-1 Burnley win at Turf Moor, with Ashley Westwood hitting an emphatic 79th minute winner after Chris Wood had cancelled out Harvey Barnes’ first-half opener.

The victory ended a run of four straight league defeats for Sean Dyche’s side, who moved five points clear of the drop zone ahead of Wednesday’s trip to face Manchester United at Old Trafford.

“We’ve not had a bad season,” said Pope, who made a string of saves before and after Vardy’s spot-kick.

“We’ve got 27 points so it was just a bad run that we’ve come out of. We can’t stop here, it’s one game, so it’s great to get three points and feel like we’re back on it and stop the rot, as it was, but now we’ve got to take that into Wednesday.

“There are no givens in the Premier League so we’ve got to really take that and use it in a positive manner.”

Leicester dominated what was a poor first-half, but had only Barnes’ strike to show for it. Burnley were much improved after the break going forward, but were still grateful for a man-of-the-match display from their goalkeeper.

Twelve minutes after Wood’s equaliser, Vardy had the chance to restore Leicester’s lead but Pope quickly got down to his left to deny his former England team-mate.

While he admitted to having faced Vardy several times in training back in 2018, Pope said special knowledge had not come into it.

“The World Cup is a long time ago now,” he said. “It’s a great memory of mine, but it’s something that you can’t put too much energy or thought in to.

“It’s all about there here and now so as a goalkeeper you pick a way and, if the ball does go that way, you’ve got to make sure that you cover as much of the goal as you can.

“I just felt it. I thought, ‘Why not?’ and luckily enough it came off. The rebound didn’t go in either so that was nice as well. It’s nice when you make a penalty save and it actually means something and you get some points afterwards.”

After the game, Dyche praised the mentality of his players for delivering a strong performance amid the questions and lack of confidence which come with a four-game losing run – and Pope believes the result can be “massive” for Burnley’s season.

“It’s always tough whether it’s one game, two games, however many it gets to,” he said.

“If you keep losing then it’s only going to get more negative. To come out with a win to break it is massive and it says a lot about the players in the dressing room because we’ve stuck at it. To come through it like we have is magnificent.

“It’s been four games, around a month as well, so it’s a long time. All things are difficult to go through and when you come through them as a team it’s massive.”