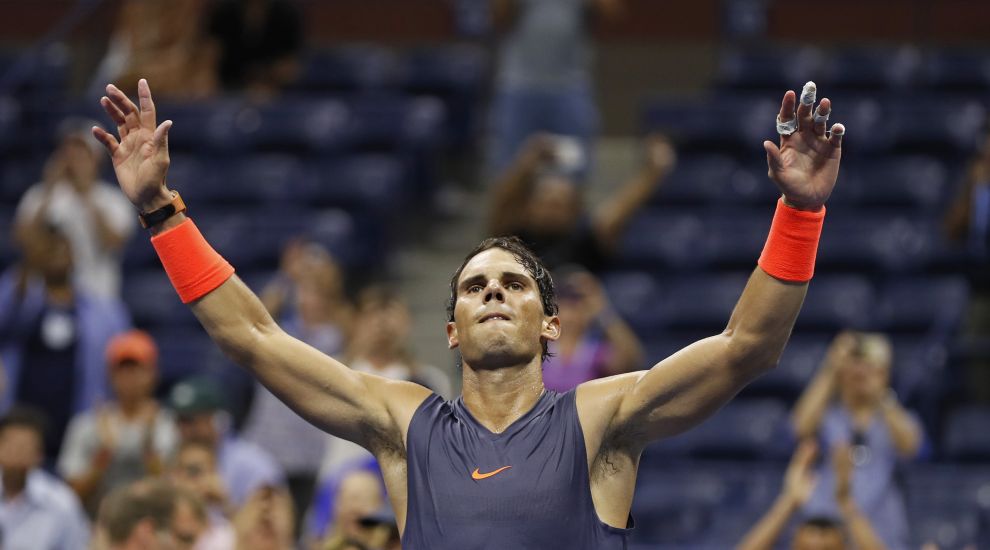 Rafael Nadal was delighted, relieved – and sorry – after winning one of the great US Open night-session matches against Dominic Thiem.

Ninth seed Thiem became the first player since Andy Roddick in 2004 to win a love set against Nadal in New York but the defending champion once again dug deep to come out on top of a gruelling battle played in more punishing humidity.

Nadal said: “It was very demanding in all aspects. It was a very tough start for me. After that first set, then the match became more normal. A tough match against a great opponent.

“It was physically demanding because the conditions were tough out there, too. And I played against a great opponent. He played a good match. Sorry for him. He’s a top guy.

“I’m sad for him because when this moment arrived, he did all the things well to win the match. Me, too, I think. I fought until the end. I’m happy, of course, to be in the semi-finals again. It means a lot to me. It’s good to have now two days that probably give me the chance to be 100 per cent in the semi-finals.”

Remarkably, Thiem was the first top-20 player Nadal has faced at Flushing Meadows since his final win over Novak Djokovic in 2013.

And the 25-year-old, the only man to beat Nadal on clay for the last two seasons, set about showing his opponent he meant serious business in his first grand slam quarter-final outside of the French Open.

The world number one worked his way back into the match but he was never in control and Thiem served for the third set. The fourth was an 81-minute rollercoaster ride, where Nadal came within two points of winning only for Thiem to take the tie-break.

The Spaniard had appeared the more weary of the two but he roused himself for one final effort and emerged victorious when Thiem sent a final smash long after four hours and 49 minutes.

The Austrian was heartbroken but proud, saying: “It’s going to be stuck in my mind forever. It’s cruel sometimes tennis, because I think this match didn’t really deserve a loser.

“Of course, now I’m devastated a little bit. But in a few days I will look back and will remember how great it was to play in front of a packed Arthur Ashe this great match.”

As Thiem hung his head, Nadal walked round the net to embrace his opponent, telling him he was sorry.

“I don’t think he’s really sorry,” said Thiem with a smile. “But he’s a great guy. I don’t want to lose against anybody. But now I wish him the title the most, that’s for sure. I think we almost all the time have great matches. I hope that we have many more in the future with a different end.”

Nadal moves forward to a clash with Juan Martin del Potro, who defeated John Isner, in a rematch of last year’s semi-final.

The popular third seed will now attempt to take a step he has not managed since winning his only grand slam title here nine years ago and reach another final.

He said: “I have my trophy at home. I like to see that trophy every single day. I don’t know if I can get a new one, but I’m doing all my best to try to get it again.”