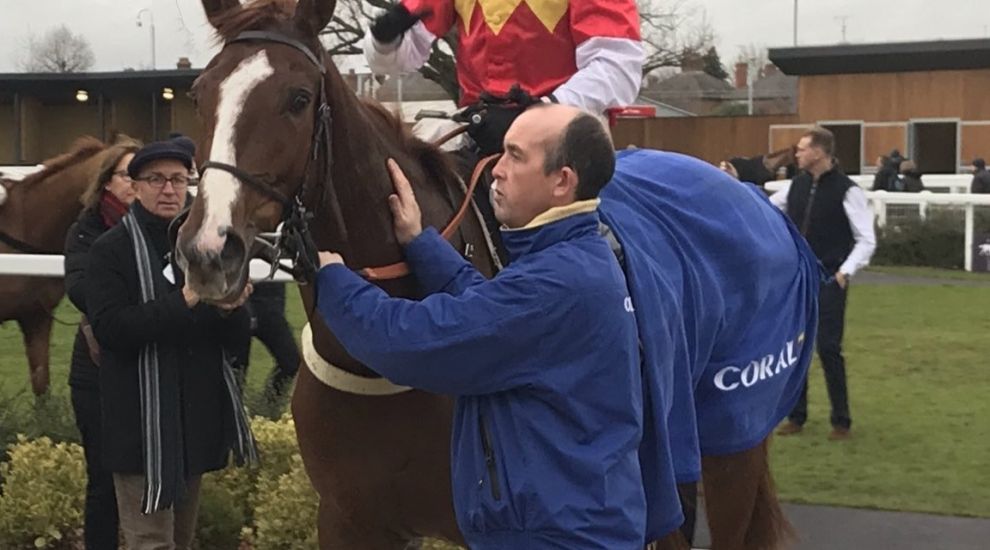 The Big Breakaway misses an intended outing at Cheltenham this weekend due to a minor setback.

The expensive purchase has created a huge impression in two start under Rules to date, winning at Chepstow by eight lengths and following up under a penalty at Newbury by seven lengths.

Trainer Colin Tizzard had hoped to take him to Trials Day on Saturday for a step up in class, but a knocked joint has put plans temporarily on hold.

The handler’s son and assistant Joe said: “We’ve got no plan at the moment as he just banged a joint and it went a bit big.

“We haven’t got as far as picking another race out for him yet, we’ll just let this settle down for a day or two.

“Unfortunately it meant we couldn’t enter him this weekend, so we’ll just have to have a think.

“We’ll play it by ear and see what’s about before Cheltenham.”