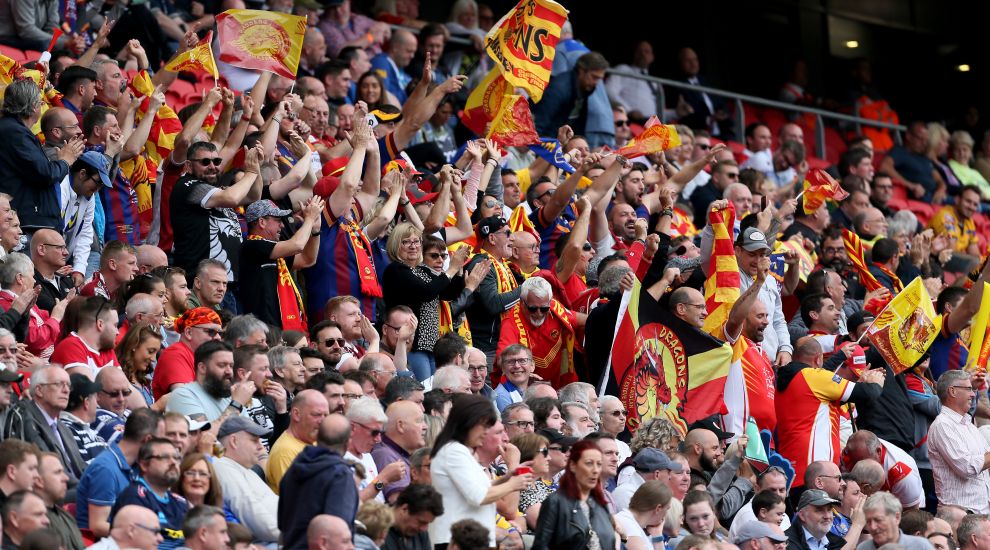 Super League’s Magic Weekend could fall by the wayside as rugby league plots a way out of the coronavirus pandemic.

The 2020 season is currently suspended indefinitely and an extension beyond the scheduled Grand Final date of October 10 is looking inevitable.

There is the issue of the availability of Old Trafford and Super League officials are also looking at moving or cancelling the Magic Weekend, a full round of on-the-road fixtures which have been a part of the calendar since 2007 and is due to return to Newcastle on May 23-24.

“There’s lots of work going on in terms of fixture planning and that involves pushing the season back, that’s one of the options we’re looking at,” Super League executive chairman Robert Elstone told an online media briefing.

“Obviously we need support from Manchester United and other partners.

“Right now it’s impossible to know how long this suspension period will last but we’re looking at a variety of scenarios that means, when it does it get lifted, we’re in a good place to start quickly and fulfil as many of our seasonal obligations as we can.

“We have a Super League fixture list that involves Magic Weekend, loop fixtures and play-offs and all of these generate revenue for the clubs, the centre or both.

“You’ve got Challenge Cup and Test football to consider too and the good news is everyone is working together to find a solution that works for everyone but the longer it goes on the harder it will be to fulfil everything.”

Elstone added: “Magic hasn’t been totally ruled out to date. We have a daily conference call among Super League executives and we spoke about it this morning.

“We’re preparing for the fact that Magic may well be a casualty of this. The big quandary is how long is this going to last and it would be unwise not to think about Magic at a later date in Newcastle or in a different format.

“Right now we haven’t ruled it out. You might look at the probability of it happening as diminishing all the time.”

Elstone admits midweek fixtures could become inevitable and he says clubs will be loathe to lose the loop fixtures.

“They provide three additional home games for every single club and those games generate substantial revenue,” he said.

“Notwithstanding the fact the fixture list will get challenging and we don’t know when we will restart, those three games are critical in the budgets of all extra clubs and our job is to protect it as long as we can.”

Elstone says both Super League and the clubs are planning to take advantage of the Government’s offer to pay 80 per cent of wages, up to £2,500 a month, for employees laid off, by introducing furloughing or unpaid leave.

“We’re looking at all sorts of cost-cutting, saving measures,” he said.

“Super League has spent a week looking at every single line in its budget. We’re doing all we can to ensure clubs are able to pull through this in the best possible shape.

“Furloughing was a welcoming initiative the Government put on the table which every club is looking at.”

With no matchday income and other sources of revenue severely impacted, it is thought some clubs could soon be on the brink of collapse without financial aid but Elstone is confident all 12 in Super League will be around for the resumption, whenever that comes.

“Right now absolutely yes,” he said. “We have added the complications of a French team and a Canadian team with different Government advice that needs to be managed.

“But our big priority right now is economic survival for us and for our clubs and everything we’re doing is about that.

“So we are looking very closely at the support the Government is offering all businesses to make sure we’re as well placed as we can be to access that as quickly as we can be.”