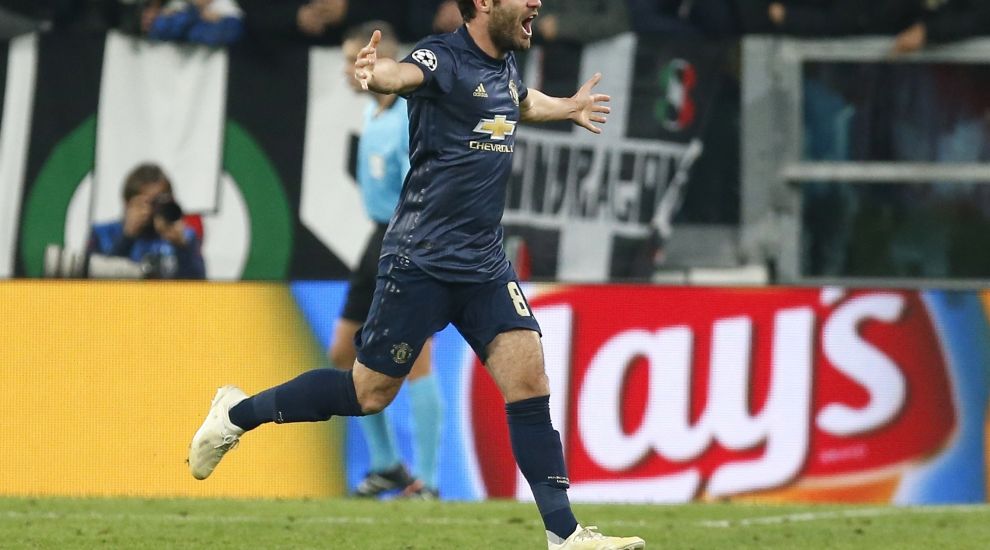 Manchester United produced a comeback almost as stunning as Cristiano Ronaldo’s volley to secure a late 2-1 Champions League win that will live long in the memory.

A fortnight on from being wholly outclassed by the perennial Serie A champions at Old Trafford, the notable improvements made by Jose Mourinho’s side looked set to be undone by a moment of brilliance.

Ronaldo’s volley will be replayed again and again, but it counted for nothing as United dug deep to produce a famous late comeback.

Mourinho certainly enjoyed the victory, going onto the pitch at full-time and cupping his ear to jeers from the crowd. A fitting end to a mad evening.

United could scarcely have wished for better preparation ahead of Sunday’s derby clash at swashbuckling Manchester City as the headlines were snatched away from Ronaldo.

Sami Khedira and Paulo Dybala hit the woodwork either side of half-time despite United’s improved display, which looked like it would be undone by their former hero meeting a Leonardo Bonucci clipped pass with an astonishing volley.

Mata came off the bench to equalise with a superb free-kick in the 86th minute and another set piece would produce a last-gasp winner, with Ashley Young’s free-kick eventually going in off Sandro and sending the visitors wild.

Jeers greeted the full-time whistle as Mourinho milked it at the Allianz Stadium, where his side produced a more solid first-half display than recent games.

Ronaldo, as expected, proved an early nuisance, but the visitors had started with purpose and were pressing effectively.

Ander Herrera, one of two changes from the win at Bournemouth, added bite alongside Nemanja Matic, who nearly unlocked the Juventus backline with a ball that just evaded Alexis Sanchez.

Khedira stung the palms after Juventus broke following a wasted Sanchez free-kick and would turn the screw as half-time approached.

Thankfully for the visitors, it was Ronaldo providing the cross rather than receiving it as Khedira dragged a first-time effort onto the post.

The referee blew for half-time at just the right time for Mourinho’s men, who struggled for attacking fluency and were quickly under the cosh again.

United stood firm and were trying to cause problems at the other end, but their best move was followed by a stunning gut punch.

Bonucci, a defensive target for United in the summer, showed exceptional skill and vision to clip the ball over to Ronaldo, who unleashed an unstoppable volley into the top right-hand corner.

Onlookers were left open-mouthed at a goal celebrated with a smile and flash of his six pack, which was followed by Juventus looking to flex their collective muscle.

A superb one-handed save by De Gea denied Miralem Pjanic, who had efforts either side of a poor Cuadrado miss.

Young ran over the ball 20 yards from goal and substitute Mata bent it out of Wojciech Szczesny’s reach four minutes from time.

A point would have been great but United were not done there.

Young whipped in a free-kick from the left and Marouane Fellaini unsettled the Juve backline, with Sandro eventually directing into his own goal.

Rashford could have added extra gloss in stoppage time but that would have been greedy.

United had their win and Mourinho had his moment in front of the fans that had goaded him at Old Trafford.