Keates unhappy over corner in build-up to Rochdale winner 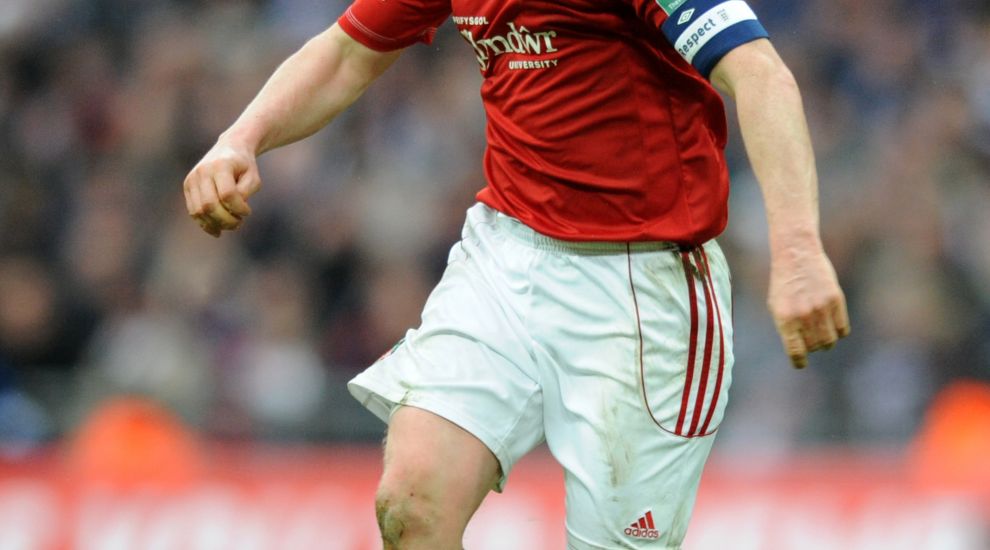 Keates unhappy over corner in build-up to Rochdale winner

Wrexham manager Dean Keates felt aggrieved with what he described as a horrendous decision which led to Rochdale’s winner in his side’s 1-0 FA Cup replay defeat.

The Dragons boss was livid with the awarding of a corner kick just 11 minutes into the tie, from which Paul McShane headed home the winner.

Luke Summerfield and Shaun Pearson both went close for the visitors but Wrexham were unable to find an equaliser.

“I thought the very least that we deserved was to take the game into extra-time,” said Keates.

“The lads deserved that after holding a very good League One side to a draw at the Racecourse and then limiting them to one shot at goal following their goal.

“The linesman was four yards away from the ball and can’t see it’s a goal kick. The closest person to what was apparently a corner, we saw on the video at half-time, made an absolute embarrassment of a decision.

“I’ve no idea what he was doing. We were disappointed after that because they got first contact and then second contact. It’s frustrating.

“We have some very good players and the positive thing is we are looking like a team over the last few games. Yes, we need to be more clinical – in the second half we had two or three half chances and we’ve not hit the target
“That’s disappointing and from the first half, yes, it was a horrendous decision from the linesman but we have to be better in our 18-yard box.”

Matt Done tested Rob Lainton in the Wrexham goal just after McShane had opened the scoring, but after that the home side struggled to create openings and in the end were hanging on before securing a second-round home tie against Boston.

Summerfield’s fierce low drive brought a good save from Robert Sanchez in the Dale goal and the best chance for Keates’ side dropped for skipper Pearson midway through the second half.

A loose ball ran to him in the area and, with a clear view of the target, he spurned the opportunity by firing wide.

“I’m delighted with the result. It was a difficult game and I’m not going to try to dress it up any other way,” said Dale chief Brian Barry-Murphy.

“I looked around our own supporters with about six or seven minutes to go and their sentiments were exactly what I was feeling!

“But the players managed to keep it together well I thought and managed the emotional side of the game very well.

“We’re just delighted to get through to round two and a game against Boston which will probably be equally as nerve-wracking and hopefully we can progress to where we ended up in the third round of the Carabao Cup, taking on Manchester United at Old Trafford.”