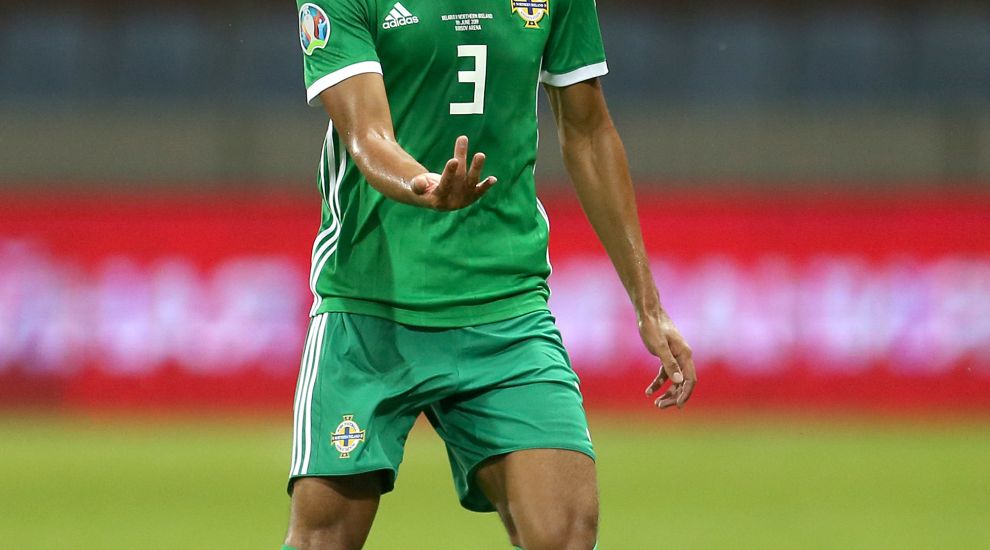 Jamal Lewis has withdrawn from the Northern Ireland squad for their final Euro 2020 qualifier against Germany on Tuesday with a knee injury.

The Norwich left-back did not travel to Frankfurt and has returned to the Premier League club for assessment on the problem.

Lewis, 21, started Saturday’s goalless draw against Holland but was replaced by Jordan Thompson late on due to the injury.

“Jamal Lewis has returned to Norwich City for assessment on a knee issue sustained during Northern Ireland’s 0-0 draw against the Netherlands,” a statement from the Canaries said.

“Lewis was forced from the field of play on 81 minutes with pain in his right knee during Saturday’s game in Belfast, meaning he will miss their game against Germany on Tuesday night.”

Saturday’s result ended Northern Ireland’s hopes of qualifying automatically for Euro 2020, though they are assured of a play-off place.

Lewis also missed Northern Ireland’s fixtures in October – a qualifying defeat to Holland in Rotterdam and a friendly win over the Czech Republic in Prague – with a knee injury.

A ride of respect