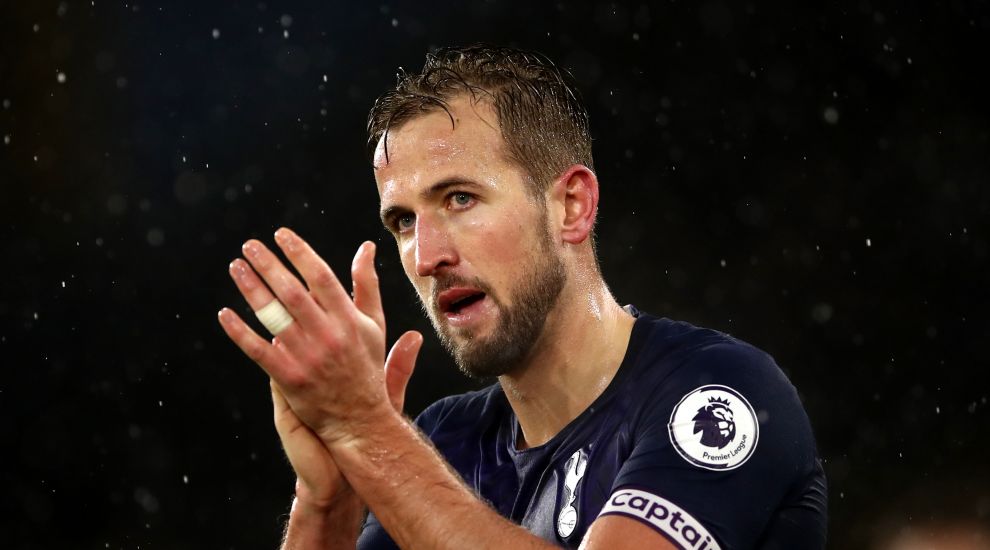 Harry Kane believes the current Premier League season should be scrapped if it cannot be completed by the end of June.

The Tottenham and England captain insists Premier League bosses “will do everything they can” to complete the campaign, with all action suspended until at least April 30 due to the coronavirus.

But the 26-year-old striker revealed his personal opinion is that the season should not be allowed to drift on into the summer months.

“I know the Premier League will do everything they can to finish the season, and that they are looking at every option possible,” said Kane in an Instagram Live conversation with Jamie Redknapp.

“I think, for me, we do need to try to finish the season. But there needs to be a point where enough’s enough.

“Playing into July or August and pushing next season back, I don’t see too much benefit in that. But obviously I don’t know too much about behind the scenes and financially.

“Probably the limit for me is the end of June. If the season’s not completed by the end of June we need to look at the options and just look forward to next season.”

Premier League bosses are battling to find a way to complete the season, with matches potentially being staged behind closed doors.

Kane revealed his worries about the repercussions should the campaign push into the summer amid the ongoing coronavirus crisis.

“The further this season is pushed on, it would have such a big knock-on effect for next season, with the Euros in 2021, and even the World Cup 2022. But that’s just my opinion,” he added.

“Football is secondary at the moment. I know there still have to be plans in place and I’m sure everyone is trying to do that.

“All that’s out of my hands, though. There’s nothing I can do personally, so from my point of view we’ve just got to wait and see what happens.

“Hopefully this clears up as soon as possible and we can try to get back to normal.”

Lord Coe, meanwhile, says the decision to postpone the 2020 Tokyo Olympics and Paralympics has saved athletes from mental turmoil.

The Games have been postponed until next year in a decision supported by Coe.

“We didn’t want to have the athletes in a position where they were countering government advice, maybe even breaking the law,” the World Athletics president told TalkSport.

“And of course in the back of their minds was always that concern, it wasn’t just their own training programme, but that they ran the risk of infecting themselves, their families, their kids, grandparents or parents. We just wanted to take them out of that mental turmoil as quickly as we possibly could.”

The 28-year-old fighter said his father had been “fit with no health issues” and urged people to stay at home in a statement released on Instagram.

Yarde wrote: “My dad passed away from this virus yesterday and he was fit with no health issues. The more people go out and mingle the longer this isolation will last and the more it will spread.

“I’m not a doctor but I do know if you stay home you are less likely to catch it or pass it on. It’s seriously not worth the risk.”

Darts player Kyle Anderson has tested positive for the virus after travelling back to Australia to be with his family during the pandemic.

His manager Mac Elkin said on Twitter: “I have just had a FaceTime call off Kyle telling me he tested positive for Covid-19, he is in good spirits but is now back in isolation on his own in a farm house in Mount Morgan.

“I will be having regular calls with Kyle so will keep everyone updated, it goes without saying that we all wish him a speedy recovery but it also stresses the need to follow the guidelines set out by the government, we need to beat this disease together as one.”

Tottenham forward Son Heung-min has returned to South Korea for personal reasons with the Premier League season on hold.

Son, who is recovering from a broken arm, left London on Friday with his parents and will spend two weeks in isolation as per the South Korean government’s requirements after travelling from the UK.

Steven Bergwijn has also returned to Holland due to the impending birth of his first child.

A statement from Spurs read: “Both players will continue their individual rehabilitation and training programmes during their time away.”