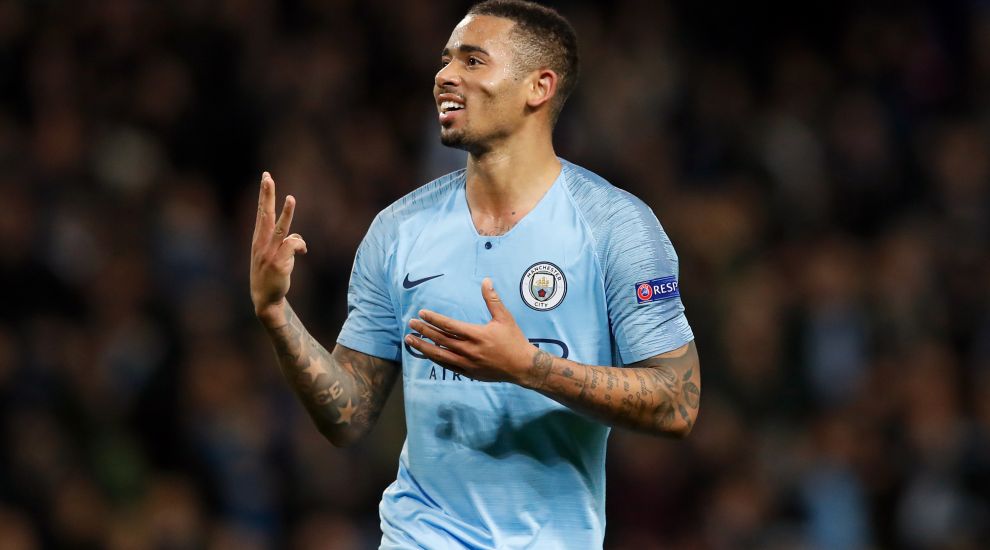 City were leading 1-0 through David Silva in the Group F encounter at the Etihad Stadium when Raheem Sterling stubbed his toe and fell over to earn a freak spot-kick which Jesus converted.

Shakhtar had a right to feel aggrieved but they were otherwise outplayed for a second time in two weeks by City, who made victory certain through Sterling, Riyad Mahrez and two more Jesus strikes.

It was a performance that suggested whatever negativity might surround City following a series of allegations about their financial affairs in recent days, none of it is affecting Pep Guardiola or his players.

The result also ensured they will go into Sunday’s derby against Manchester United in good heart, with the bonus of having rested the likes of Sergio Aguero, Leroy Sane, Benjamin Mendy and Vincent Kompany.

City did not start with the gusto that led to them demolishing Southampton at the weekend but were comfortably in control from early on.

They claimed the lead after 13 minutes when Mahrez wriggled his way through the area on the right and pulled back for David Silva to turn home. Bernardo Silva then threatened a second as he cut inside and fired at goalkeeper Andriy Pyatov.

The second actually came in comical circumstances after 24 minutes as Sterling lost his footing in the area. The England forward was played through by Fernandinho but then kicked the ground as he shaped to shoot and tumbled over.

Hungarian referee Viktor Kassai had no hesitation pointing to the spot but within seconds replays were showing the extent of his error. The arguments for VAR to be introduced will only grow after such incidents but City accepted the gift as Jesus, in need of a goal, stepped up to score.

The Brazilian, selected ahead of Aguero, then should have added another after breaking through but Sergii Kryvtsov got back to block.

Bernardo Silva also went close again with an effort that was deflected narrowly over.

City added to their tally early in the second half as Sterling went from the ridiculous to the sublime with a brilliant run, shrugging off two defenders and curling into the top corner from the edge of the area.

City had two further penalty appeals turned down as Sterling and David Silva went down under challenges but Kassai had no alternative other than to point to the spot again 18 minutes from time. David Silva was clearly felled by Taras Stepanenko and Jesus fired into the top corner.

Mahrez added another six minutes from time when he chested down Ilkay Gundogan’s pass and blasted past Pyatov and Jesus wrapped up the scoring by chipping the keeper for his third.