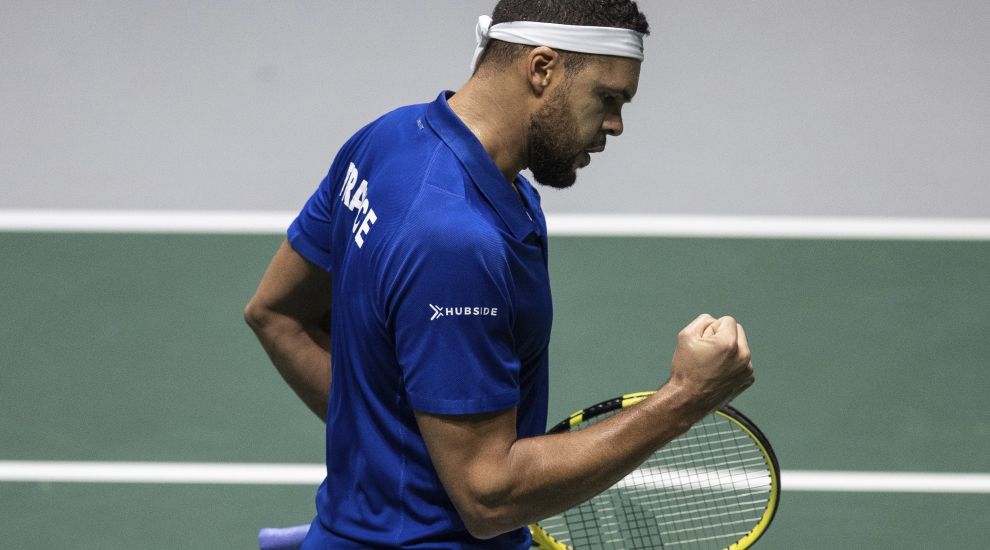 Top seeds France avoided a big upset with a narrow victory over Japan in their opening match at the Davis Cup finals in Madrid.

French duo Pierre-Hugues Herbert and Nicolas Mahut have not had much time to adjust to the conditions after winning the ATP Finals in London on Sunday and found themselves a set down before recovering to beat Uchiyama and Ben McLachlan 6-7 (4) 6-4 7-5.

After the relative success of the crowds on day one – which organisers announced totalled more than 12,000 – the morning session on Tuesday was a disappointment.

All three stadiums featured swathes of empty seats, which had been expected, and on court two there was little atmosphere despite the drama of the tie.

French fans, traditionally among the most passionate, have been arguably the most critical of the switch to a World Cup-style event and most have boycotted despite the relatively short journey.

Mahut said: “It is a strange feeling. When you play Davis Cup, usually the stadium is full. But once you start and you play with France on the back, you forget everything. You play for yourself, you play for the captain, you play for the guys, and for people who are supporting us.

“We need to win to see if later in the week there will be more people in the stands.”

It was a huge contrast to their last match, the final 12 months ago, when a capacity crowd in Lille cheered on the hosts in their defeat by Croatia.

Herbert added: “Actually, it was pretty special because it was the first time I hear myself singing the Marseillaise song.

“For sure, for us, it’s so different. But we are only tennis players, we are not organising the events.”

Argentina were comprehensive 3-0 winners over Chile in Group Three, with all their victories coming in straight sets, while Kazakhstan defeated Holland 2-1 in Group E.

Dutch number one Robin Haase upset Alexander Bublik to send the tie to a deciding doubles rubber, where Bublik gained revenge over Haase and Jean-Julien Rojer alongside Mikhail Kukushkin.

Canada became the first country to reach the quarter-finals, winning their group by beating USA.

In Group B, Rafael Nadal beat Karen Khachanov 6-3 7-6 (9-7) as Spain levelled their opening tie against Russia.