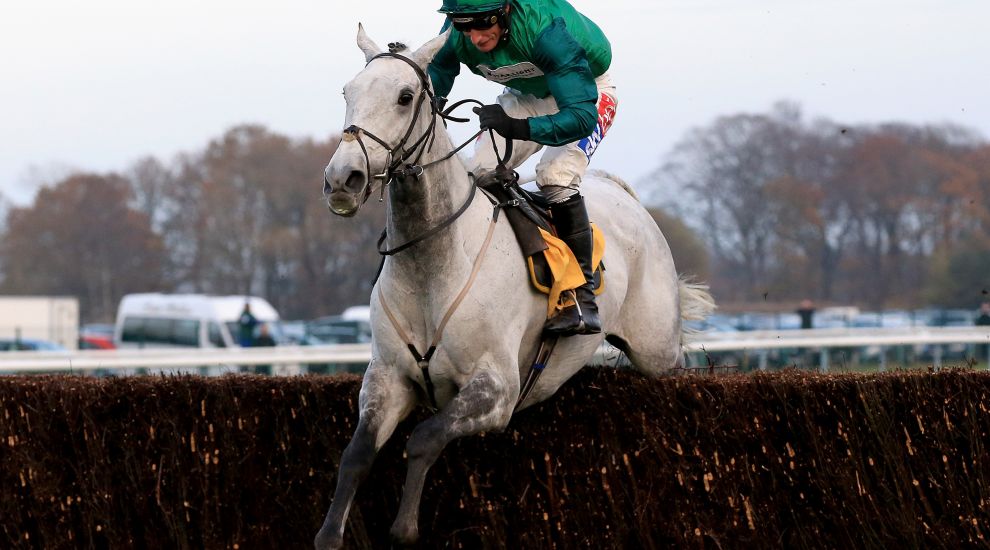 Nigel Twiston-Davies believes Bristol De Mai will prove tough to beat as he bids for a third consecutive victory in the Betfair Chase at Haydock.

The Simon Munir and Isaac Souede-owned eight-year-old will attempt to make a winning seasonal return in Saturday’s Grade One – as he did 12 months ago – and move one victory behind Kauto Star’s record of four triumphs in the race.

Although Bristol De Mai failed to figure prominently in a Grade One at Aintree on his final start last term, having previously finished third in the Cheltenham Gold Cup, the Naunton trainer reports him in good shape for his return.

Twiston-Davies said: “Everything has gone well with his preparation, and he seems to be as forward as ever for his seasonal return.

“They have all got him to beat. It was a good run in the Gold Cup, and it looked like he was going to win at the bottom of the hill.

“We just don’t know (this weekend), because there (are) talking horses in there, so we can’t say if it is better or stronger than before.”

Chief rival Lostinstranslation, who will bid to give trainer Colin Tizzard a fourth victory in the race, has the benefit of a run after making a winning return at Carlisle – but Twiston-Davies feels he still has plenty to prove.

He added: “Talk is easy, but he has got to prove it.

“That was two and a half miles around Carlisle, and we have the horse (Count Meribel) that was second to him, beaten two and a quarter lengths.

“We hope that Bristol would be better than him.”

Looking beyond the weekend, Twiston-Davies may give Bristol De Mai the chance to make it third time lucky in the Ladbrokes King George VI Chase at Kempton on Boxing Day.

He added: “Assuming it all goes well, it will be exactly the same as last season.

“If he wins this nicely, you have got to think about the King George and the £1million (bonus). Without the £1million, you probably wouldn’t go.”

Bristol De Mai is likely to be joined at Haydock by stablemate Ballyoptic, who took his form over fences to new heights with victory in the Grade Two Charlie Hall Chase at Wetherby and was one of six confirmations published on Monday – including two-mile champion Altior, who is also in contention to head instead for the Christy 1965 Chase at Ascot on Saturday .

Twiston-Davies said of Ballyoptic: “There are very few races he can go for. He will cope with the soft ground, so why not go for the place money?

“Anything could happen, and something could fall over, but you wouldn’t think he could beat Bristol De Mai.

“Ballyoptic will probably go there and then go for the Cotswold Chase at Cheltenham – which always cuts up a bit. “