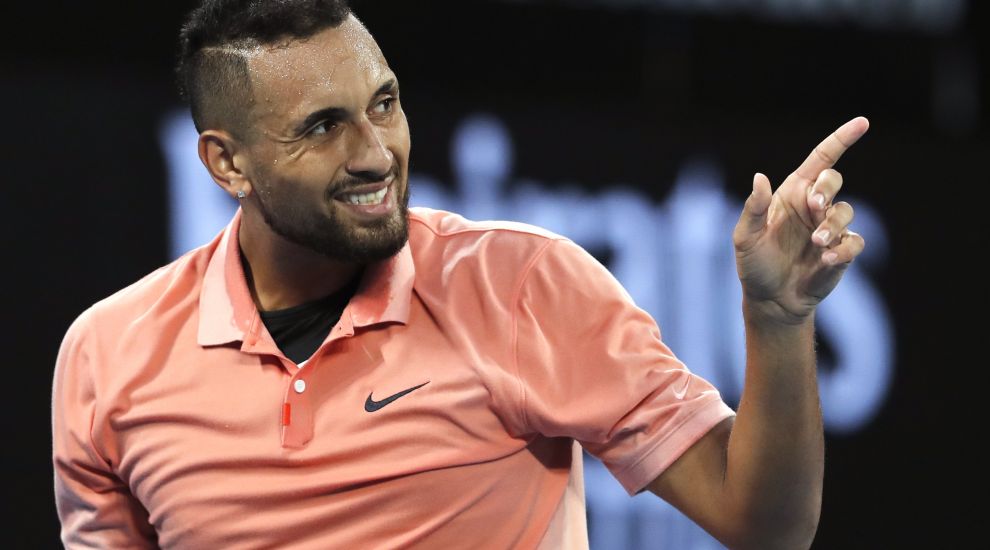 Harriet Dart flew the British flag on a bumper day of action at the Australian Open.

After heavy rain washed out much of the schedule on Monday, most of the first round was completed on Tuesday, but Dart was the only one of five British players to win, the qualifier beating Misaki Doi 2-6 6-4 7-6 (6) in a dramatic encounter.

Picture of the day

Quote of the day

Much of the home focus will once again be on Kyrgios, and his good friend Thanasi Kokkinakis, who is currently sidelined by illness, shared some insights about the controversial 24-year-old in a column on foxsports.com.au.

Recalling his first meeting with a then nine-year-old Kyrgios, he said: “There was this big, fat kid everyone was talking about who hit the ball hilariously good. And Nick was pretty much what you see now. All the antics, he was that kid.”

Kyrgios frequently claims he does not care about tennis, but Kokkinakis dismissed that, saying: “He’s super competitive. Everything you see on the court is driven by a super competitive nature, pressure. It’s easier to say you weren’t there the whole time, rather than say you tried your guts out.”

Which of Nadal’s many on-court achievements, post-match interviewer Jim Courier wondered, was his highlight of 2019? The top seed delivered a clean ace in reply. “The wedding. My wife is here. I need to take care with that answer.”

Dan Evans takes on Yoshihito Nishioka in round two, with the winner likely to face Novak Djokovic, while Heather Watson will make a belated start to her campaign against Kristyna Pliskova.

Caroline Wozniacki could be sent into retirement when she takes on fast-rising teenager Dayana Yastremska while Coco Gauff meets Romania’s Sorana Cirstea.