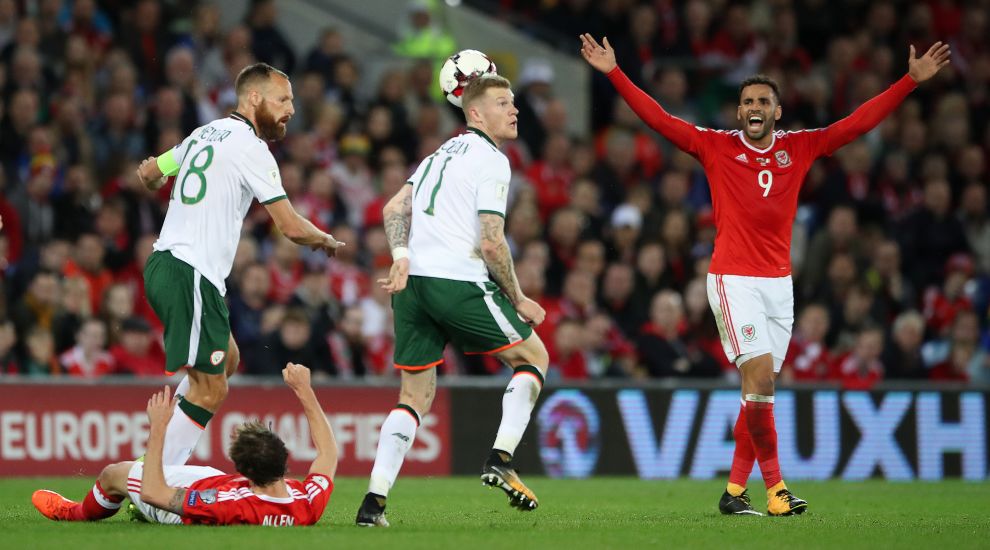 Wales and the Republic of Ireland meet in their opening UEFA Nations League game on Thursday.

The two sides know each well after meeting in the 2018 World Cup qualifiers.

Here, Press Association Sport considers some of the talking points surrounding the game in Cardiff.

It is fair to say that Wales and the Republic are not the best of Celtic cousins. The two sides met in 2018 World Cup qualifying and there was huge controversy in both games. Republic captain Seamus Coleman suffered a double leg break in the 0-0 Dublin draw with Neil Taylor rightly sent off for his awful challenge. There was more bad blood in the Cardiff return, which the Republic won 1-0 to advance to the play-offs. Wales’ Joe Allen was forced off with concussion as the game regularly threatened to spiral out of control. Expect another bumpy ride in Cardiff.

How Wales fans respond to manager Ryan Giggs provides a fascinating sub-plot. Giggs was appointed Chris Coleman’s successor in January, but has yet to take charge of a home game with Wales so far having played friendlies in China and the United States during his tenure. There are some Wales supporters who have never forgiven Giggs for regularly missing international games during his playing career at Manchester United, so he needs to hit the ground running in this campaign to win over the fans.

Whereas Wales have key men Aaron Ramsey and Gareth Bale fit and firing, the Republic’s build-up has been one of doubt and disharmony. Preparations were initially overshadowed by Declan Rice’s decision to make himself unavailable as he considers switching allegiance to England. Harry Arter then withdrew from the squad following a spat with assistant manager Roy Keane. Add injuries to James McClean, Robbie Brady, James McCarthy, Shane Long, Scott Hogan and Sean Maguire, and Republic boss Martin O’Neill appears to be in a far weaker position than on his previous visit to Cardiff.

It is a whole new ball game in international football with 55 European nations competing in the inaugural UEFA Nations League. The new tournament will see promotion and relegation as the aim is to replace meaningless friendlies with increased competition. Four leagues contains four groups with teams playing on a home and away basis. And it is serious stuff with the competition offering a route to the 2020 European Championships via play-offs in March of that year.

The game has been overshadowed by an extraordinary row in Denmark, the other team in the group. A bitter dispute between the Danish Football Association and their Players’ Association will see Denmark field a side of lower-league and indoor futsal players in Wednesday’s friendly against Slovakia. If the dispute is not resolved before Denmark play Wales on Sunday, then the likes of Christian Eriksen and Kasper Schmeichel would be missing and the whole group turned in to a farce. It could well be that the issue is resolved before the Republic play Denmark in Dublin next month, potentially handing Wales a huge advantage in the section.