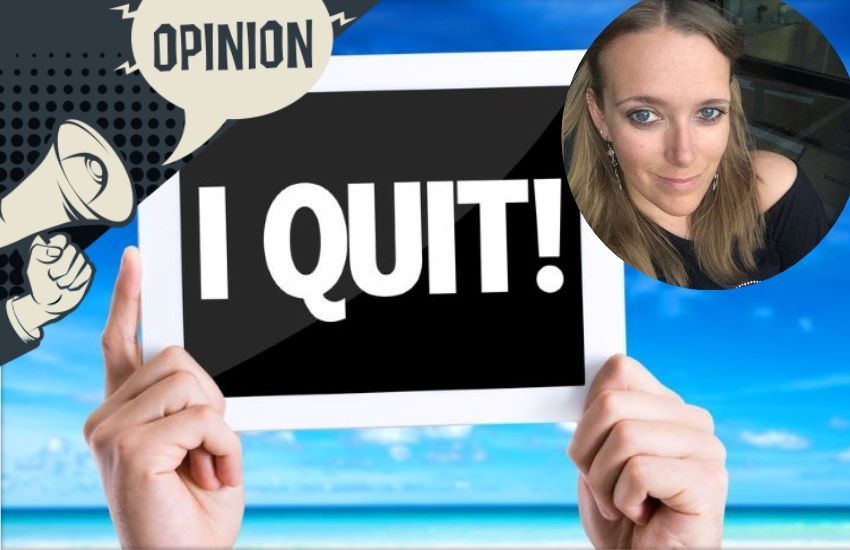 Today is Quitters' Day. The most likely day for people to abandon New Year's resolutions which seemed a good idea two weeks ago. Giving up resolutions made with the best of intentions may be a source of much regret. But Poppy Murray argues strongly in favour of quitting and quitters.

Quitters' Day – the second Friday in January – is earmarked as the day when most people have given up on their New Year's resolutions. Good for them.

We are so often fed the line 'winners never quit and quitters never win. Catchy? Yes. Correct? Absolutely not. It is my firmly-held belief that those who are brave enough to quit are not given nearly enough credit.

Your resolution might have been to wake up and go for a run or to the gym or swim every morning, only to discover two weeks in that you are exhausted with no motivation to answer the early morning alarm you so ambitiously set.

You may have vowed to stick to a new diet, then shamed yourself for the sweet treat you accepted in the office on a colleague’s birthday.

Perhaps you promised finally to start keeping a diary, but your entries after the first week of the year have been sparse at best, as you promised yourself to no avail that you would remember to go back and fill it in the following day. 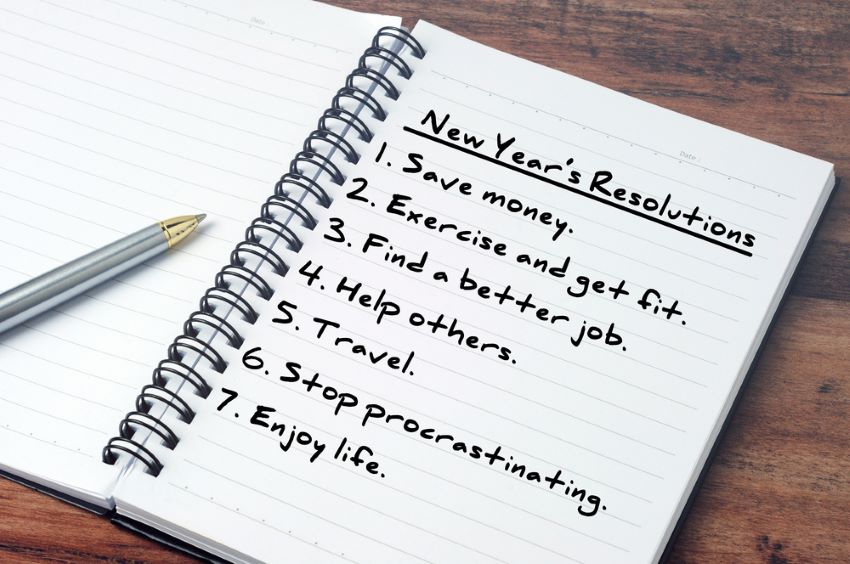 Pictured: Poppy Murray thinks Quitters' Day - today - should be a celebration of ditching unwanted New Year's resolutions and not a cause of regret for not sticking with them.

There are, of course, benefits to adopting a healthier lifestyle or committing to a promise made to yourself. These benefits, however, are far outweighed by the negative impact of guilt, shame and feelings of failure when you fall short of your (perhaps unrealistic) goal.

While Quitters' Day in January marks failure, 'Stoptober' celebrates those who choose to quit smoking during October, with the help of services like Quitline and products such as NiQuitin – emphasising the achievement in quitting. We encourage smokers to quit for the sake of their own health, the health of those around them and for the benefit of healthcare services.

Why, then, do we deem it a failure when people quit something because it is causing them undue stress, despite a recognition that stress negatively impacts both mental and physical wellbeing?

I was fortunate to be raised with the ideology that it would be a mistake not to quit if I no longer wanted to achieve the goal I had initially set. If I wasn’t having fun, if I found something too difficult, if my interests changed, I quit. I quit with no shame, often no hesitation and, to date, no regret.

This is not something that my peers, teachers or employers have easily accepted or appreciated. One friend summed it up perfectly when she said the only thing I have ever committed to is quitting. Good for me. 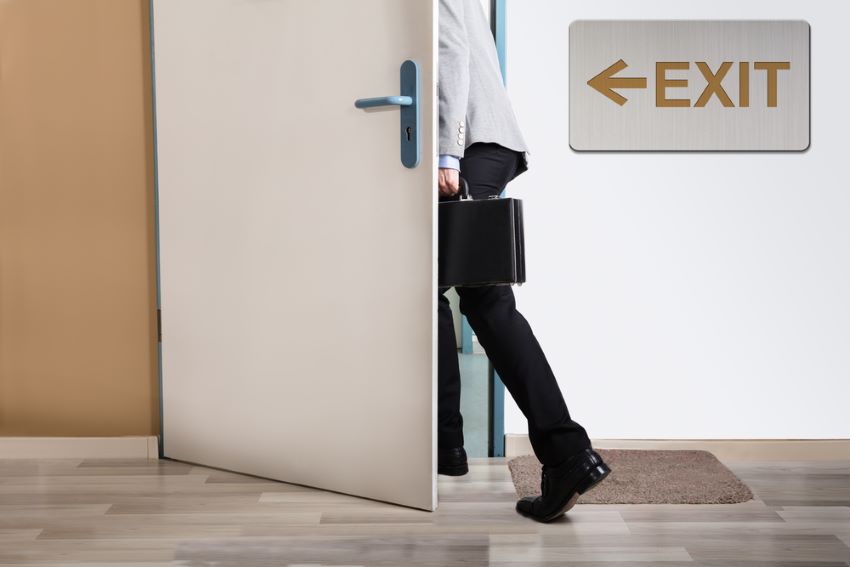 Pictured: Is perseverance rated too highly if you are stuck in a job you have come to loathe from which you could, if you wished, move on?

Marie Kondo rose to fame with her international bestseller 'The Life Changing Magic of Tidying Up' and the subsequent Netflix series 'Tidying Up with Marie Kondo'.

One key criterion of her organisational tips is that belongings should be kept only if they bring you joy and should be removed from your life if they no longer serve that purpose. The simplicity of this method took the world by storm, with people fully accepting the notion that only objects which bring us joy should be awarded a continued place in our lives.

It is a concept we easily understood and saw value in applying to the material objects in our lives, yet we continue to put perseverance ahead of joy in other areas.

Over the last decade, I have explored several different career paths. The very moment I realised something was no longer bringing me joy, I moved onto the next. 'Jack of all trades' would be an appropriate headline for my CV, which we have been taught to believe is a bad thing: a jack of all trades is a master of none, after all. 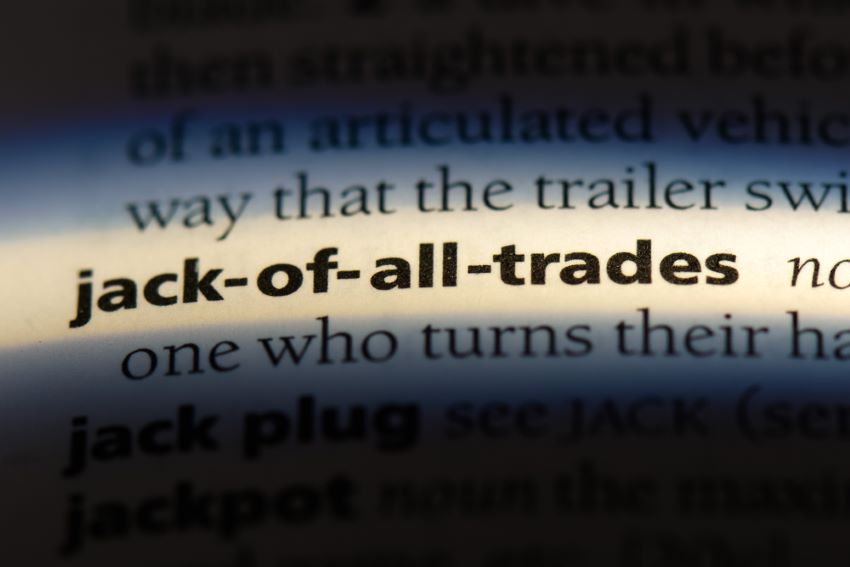 Pictured: Quitting disliked jobs may be more likely to lead someone to become a 'Jack of all trades', but the original meaning of that term was quite positive.

Imagine if I took a dress from a rail in a shop, thinking it would suit me, only to discover when I tried it on that it was on the wrong hanger and was, in fact, two sizes too small. No one in their right mind would praise me for trying to squeeze myself into it simply because I had thought it was something it wasn’t.

I could take the option of starving myself until the dress fit, never giving up until I reached my initial goal of looking good in it. It is unlikely anyone would encourage me to do that. The best option, by far, would be to return the dress to the rail and try a different one.

We spend our lives trying on different careers, relationships, diets, education routes and a multitude of lifestyles choices, none of which are 'one size fits all'. It is impossible to know what works for you unless you try it, but you should not feel bound by the choices you make.

If we continue to teach that quitters never win, we are laying the foundation for a life of perceived failures where none exist. This is not to say that there is no merit in seeing a goal through to completion if you want whatever the result will give you.

Far too often, though, perseverance is done for its own sake. This is a mistake.

Jim Carrey perhaps said it best: “You can fail at what you don’t want, so you might as well take a chance at doing what you love”.

If something brings you joy, continue. If it doesn’t, it no longer has a place in your life.

There is no failure in quitting. Quitters will always win.