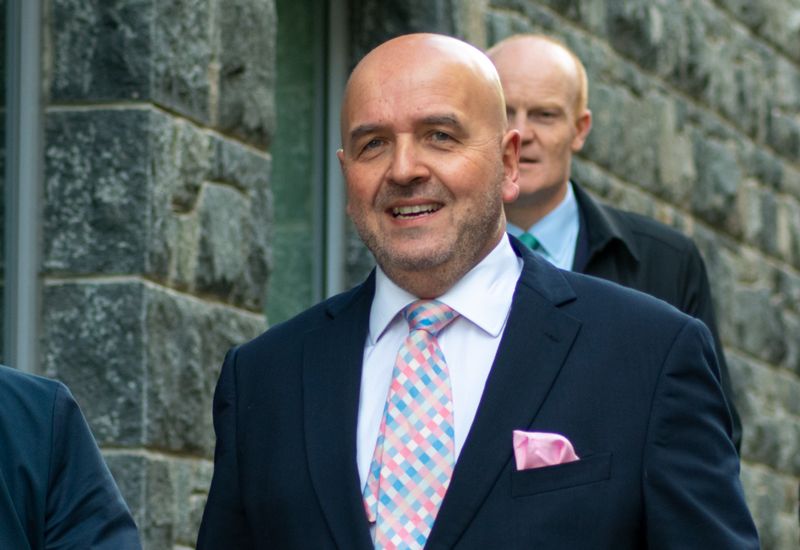 Guernsey's Government will not cower if the UK attempts to pull the trigger on a Permissive Extent Cause that would allow the UK to legislate for us without our consent, the island's lead on External Affairs has pledged.

Deputy Jonathan Le Tocq, who takes the lead on the Policy & Resources Committee for External Affairs, has given the following update in the States this morning in relation to the PEC to the UK Government's Fisheries Bill.

PEC not requested or agreed to by the Bailiwick

"This is not the first time that UK legislation has included a PEC referring to the Channel Islands. PECs provide a mechanism to extend certain provisions in UK legislation to some or all of the Crown Dependencies by Order in Council, where it is deemed beneficial and efficient. The difference this time, of course, is that the PEC was added even though the Bailiwick - and Jersey - had declined the offer for there to be one.

The offer was declined. We made it clear that the Bailiwick is able to and would want to legislate ourselves to implement in domestic law any international agreement that we commit to. This response reflects normal practice and is not controversial. It is a position routinely provided to the UK and routinely accepted by the UK Government. This particular PEC related to the implementation of international obligations. This means that, on this occasion, the response was also in line with the ongoing development of the Bailiwick's international identity as recognised in the framework signed between the UK and Guernsey in 2008.

However, the UK Government decided it wanted to alter the Bill to include a PEC as an "insurance policy"[1] and it submitted an amendment to do that in mid-October, just before the Bill went before the House of Commons for the last time. This was a surprise, a disappointment and a serious concern.

Guernsey and Jersey politicians and officials urgently sought meetings and corresponded with UK Ministers and officials.  We also contacted other members of the House of Commons and the House of Lords, including those with a particular interest in the Channel Islands or in constitutional matters, to ensure that they knew our view before the relevant debates.  The Channel Islands All Party Parliamentary Group (CI APPG) wrote to the Secretary of State at DEFRA setting out concerns about the PEC; and individual parliamentarians and the House of Lords Constitution Committee sought answers from the UK Government about it.

Speeches made in the debates in the House of Commons on 13 October and in the House of Lords on 12 November, by MPs and Lords from across the political spectrum, left no doubt about the political, constitutional and legal issues that would arise from the UK Government attempting to use the powers under the PEC without the consent of the relevant island jurisdiction. For example, Lord Pannick referred to the UK Government potentially, "trampling all over the constitutional integrity" of the Channel Islands' relationships with the Crown.

Unfortunately, but perhaps unsurprisingly, the amendment passed and was included when the Bill received Royal Assent and became an Act of Parliament on Monday.  Lord Gardiner, for DEFRA, confirmed to the House of Lords that the use of the PEC "would only ever be as a last resort, after full consultation and the exhaustion of all other options".

The UK has not legislated for the islands without consent

It is important to be clear that, by including this PEC in the Fisheries Bill without the Bailiwick having agreed to it, the UK has not legislated on our behalf at this time.  The constitutional issue that would lead to a dispute would be if the UK sought to use the PEC in the future without our consent. Any such move to use the PEC without consent would be contrary to our historic constitutional relationship with the Crown and would offend democratic principles. However, given the Bailiwick's commitment and excellent track record of meeting its international obligations, it is unlikely that such an attempt would be made. The inclusion of the PEC itself against the Bailiwick's wishes is still a concern; so, Guernsey's government will continue to make strong representations to the UK that the PEC is unnecessary and inappropriate.

The UK Government has given repeated assurances to Guernsey about respecting our constitutional position and acknowledging that the UK does not legislate for us on domestic matters.  This has been confirmed by the current Prime Minister[2], by his predecessor, and by other Ministers.  These commitments provide reassurance that the PEC is not intended to be used and will remain superfluous.

If any future UK Government did try to use the powers under the PEC, the legislation would need to be referred to the States of Deliberation before it could be registered in the Royal Court. This enables the States to signify its view and scrutinise the legislation that would potentially apply in Guernsey.

In 2019, the Reform Law was amended by the States to insert section 72A, fulfilling earlier States' Resolutions[3] about the relevant legislative processes and reinforcing our autonomy from the UK.

Guernsey - and the Bailiwick - can move swiftly to change its legislation to meet international obligations (for fishing and for any other matter) if that is what is required.  The Committee is exploring the options for making domestic legislation which would have the same or similar effect as clauses to which the PEC relates, so that such legislation can be introduced before the end of this year.

The President gave a general statement on the Committee's work on 4 November and he mentioned the process for Royal Sanction for Guernsey legislation.  I'd like to provide a brief update about that.

The Policy & Resources Committee intends to bring to the States proposals to adopt a new process, so that the Bailiwick's domestic legislation can be approved in the islands in future - rather than primary legislation being sent for Royal Sanction by The Queen in Council after approval in the islands' parliaments.  A model where legislation is approved by the Lieutenant-Governor on behalf of the Sovereign already exists in the Isle of Man.  It is proposed that, if agreed, the Bailiwick's legislation in future would be approved by the Bailiwick's own Lieutenant-Governor on the Sovereign's behalf except for reserved matters including those affecting the Royal prerogative or the rights of the Sovereign in their private capacity. The change to the process will positively underline the Bailiwick's legislative autonomy and will mean that Royal Sanction is not tied to scheduled meetings of the Privy Council - which generally take place monthly, but not in the late summer or during UK General Elections.

Alderney and Sark's Policy & Finance Committees have now agreed this should be considered in all three jurisdictions, so that any changes can apply throughout the Bailiwick. Advice has already been received from the Law Officers of the Crown and a Policy Letter has been drafted for use in all three parliaments, with Propositions tailored for each. The Committee is continuing its engagement with the office of the Lieutenant-Governor and the Ministry of Justice; with the intention that the Policy Letter may be brought forward early next year."