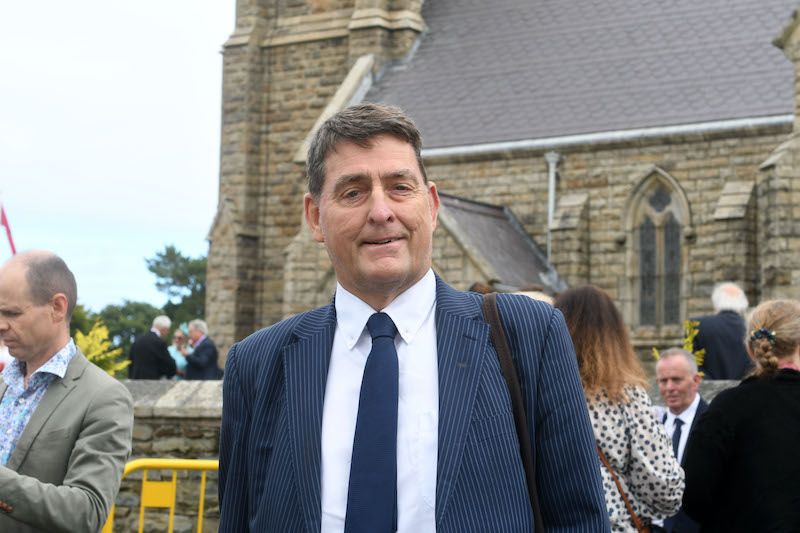 Guernsey's historic island-wide election has the potential to change how countries across the world view democracy and voting rights, according to a former States Member and Conseiller.

“I have campaigned for years, since the abolition of the 12 island-wide elected Conseillers, to bring in whole island voting.

I successfully had a States resolution passed to bring in the legal mechanism for the Island to have referenda. This was ultimately followed by the proposal to have a referendum on various options for island-wide voting and the election now is the result of the choice the people made.

It truly is an historic occasion and I congratulate the States and the Assembly and Constitution Committee for making this happen.

The electorate has a good range of candidates to choose from and I sincerely hope the Guernsey electorate will select those best suited to serving the island well.

I do not believe this is a daunting task for the voter, but one which they shall enter into with enthusiasm and pride. 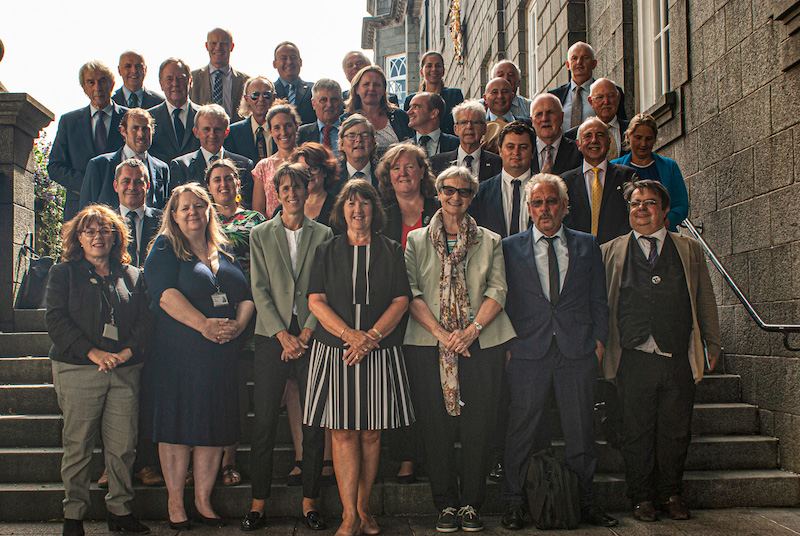 Pictured: The 2016 - 2020 States Assembly could be the final one elected on a district basis.

At long last, all politicians will have to be elected by the whole island to represent the Island, rather than the former District electoral system (which had the big disadvantage of not subjecting them to full island electorate accountability).

This is truly is a unique opportunity. There is nowhere else in the world which offers this immense choice to the electors.

It is true that there are some jurisdictions like Sark and Alderney and indeed a number of British Overseas Territories which elect all their politicians on a one constituency basis.

However, their populations are much smaller and inevitably the responsibilities are not as extensive as that of the Guernsey States.

There are larger jurisdictions, such as Fiji, Israel and Mozambique, which have whole country type constituencies, but they are still dissimilar because they have proportional representation and party lists. It is thus exceptionally difficult for Independents to become elected. 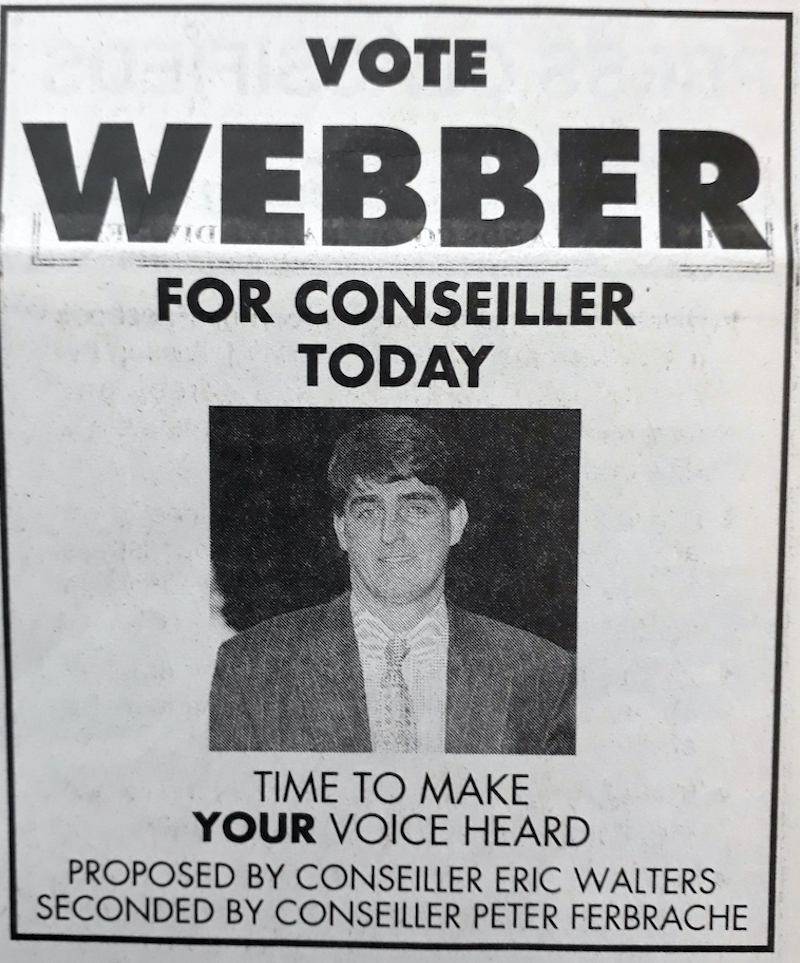 Pictured: Mr Webber was elected on an island-wide basis in 1998.

There are countries such as the Philippines where a proportion of the politicians are elected on a nationwide basis and some independents do get elected. This is effectively similar to the previous Island wide Conseiller system Guernsey used to have.

In Guernsey, the concept of the elector being able to vote for every single representative is much more democratic and accountable. The system is based on voting for the individual and voting in the individuals best suited to be Members of the States of Guernsey.

So far this new system is working relatively well as the election gets underway.

There will be some teething problems and some lessons to be learned, but basically the system can only become further enhanced in the future.

Electors need to be on their guard against candidates who might try to change back to the previous less accountable system. This is not impossible as some years ago the States voted out the 12 Island wide elected Conseillers.

The electors will be able to deal with large numbers of candidates and the choices they have to make on who to vote for. 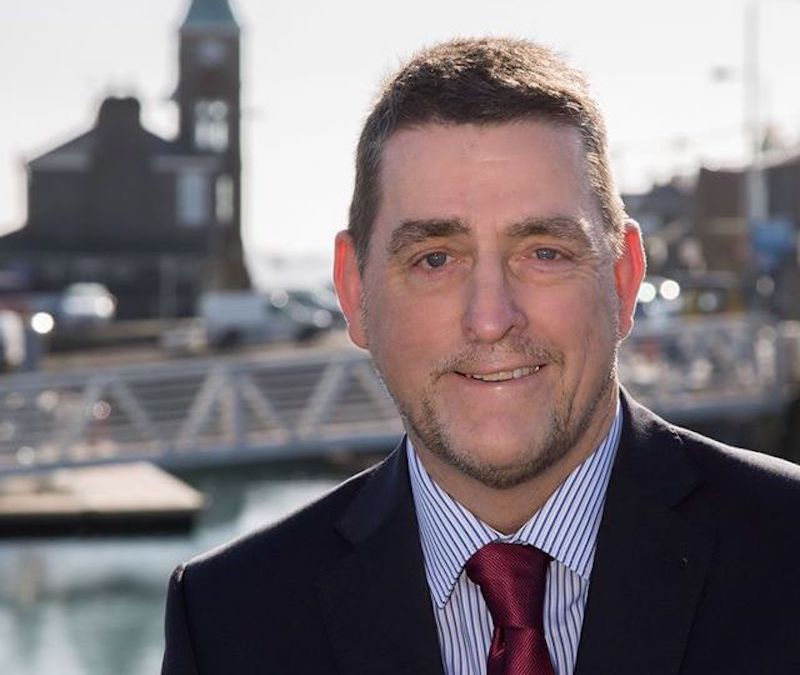 Pictured: Mr Webber said the number of candidates on the ballot sheet should be seen as a benefit, not a disadvantage.

In some countries in the world, the candidates’ lists are very long, but it does give greater democratic choice to the electors. The greater choice available to the electors is actually a benefit, not a disadvantage.

The success of this Guernsey election could well see other jurisdictions in the world following suit.

The system could also be suitable at a local Council level such as local UK councils. The Isle of Wight has 40 elected Councillors, for example. They, like other Councils, could improve democracy by following Guernsey’s example.

This historic move by Guernsey has the potential to change how many world countries view democracy and voting rights.

Guernsey should be proud of this achievement.”