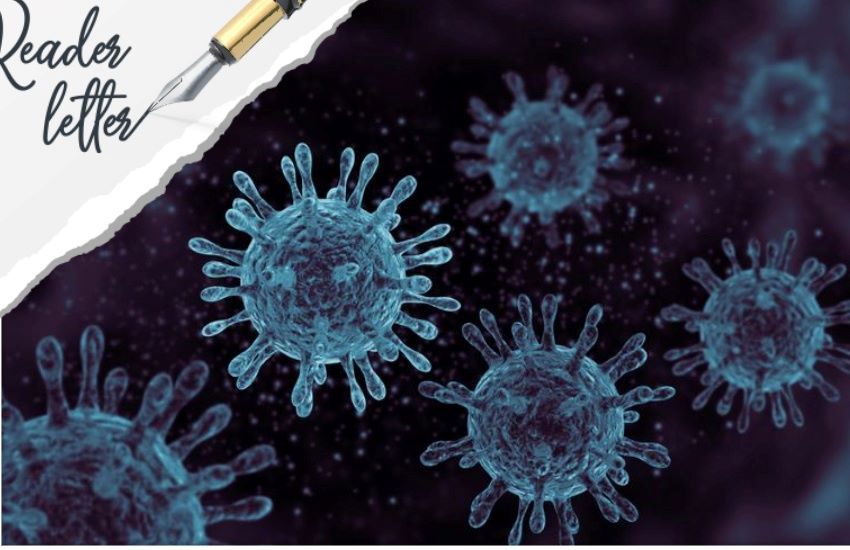 Two men have written an open letter to all islanders sharing data they've researched which was reported through the yellow card scheme, and itself relates to covid-19 and vaccination illnesses.

Marc Breton and Nick Robilliard penned the below, which is published in full and can also be downloaded here:

Back in January we submitted a Freedom of Information request to the States of Guernsey to provide various hospitalisation and death data over the last four years. The latter wasn’t forthcoming and after months of chasing, it has finally been published. We are passionate that you are made aware of some findings, especially as most deputies voted for an internal review into the covid-19 response - rather than enabling an independent third-party to scrutinise the government.

Separately, we have recently received a Freedom of Information request response from the Medicines & Healthcare Products Regulatory Agency. This shows that in Guernsey there have been an alarming 399 suspected adverse vaccine reactions reported, with 6 of these suspected to have caused a fatality (four women and two men, the youngest just 42 years old)4. Many islanders won’t necessarily be aware of the yellow card reporting system and sadly this means that these numbers are likely to be higher. In comparison, there were 7 deaths clinically coded as caused by covid-19 in 2021 (to date)5 out of a total of 599 deaths, from all causes.

On 22 December 2021, BBC Radio Guernsey aired a clip of Heidi Soulsby who stated the following: “The CCA is required to follow various conditions before it imposes any regulations. It is about determining whether there is an emergency, if there is a need to mitigate it, whether it is urgent and whether it is proportionate, and we have Her Majesty’s Procurer there to ensure that the CCA do consider that. Those checks and balances are really quite strong.”

We’d love for Deputy Soulsby, the Civil Contingencies Authority and His Majesty’s Procurer to explain what these checks and balances actually were? As it appears that the death and hospitalisation data wasn’t considered at all, nor was the yellow card reporting. Perhaps they should consider disclosing their meeting minutes, as this would bring much needed clarity on this matter.

Over the last two years we have all endured unprecedented curbs on our freedoms and made many personal sacrifices; we were kept in a perpetual state of fear by the CCA and the government became seemingly too comfortable in dictating how we went about our lives. Little context or substantiation to the decision making was provided throughout this period and press briefings never allowed for challenging lines of questioning. We had little choice but to trust that these people were competent, capable and that the extreme course of action chosen by them was based on robust data.

Finally, now this data is being made public, Dr Brink and your deputies (apart from one) seem to have fallen silent. The main extracts from our emails to them are shown below - we’re sure many of you will agree that their silence speaks volumes. Do contact your deputies if you are concerned with our findings. If they are not held to account by the people they serve, we’re sure they will be content to move on and avoid the difficult questions that must now be answered.

Deputies, the data is incredibly alarming, as it clearly indicates that the Medical Officer of Health and the Civil Contingencies Authority overreacted with the response - lockdowns and restrictions imposed on the public. We are troubled by the large number of you that never questioned their decisions and it is disappointing that many of you voted against an independent review. Although we'd like to give our thanks to those of you that did push for answers.

Throughout the pandemic we were told continuously to follow the data, especially case numbers (which don't highlight severity) and it is abundantly clear from the information provided, that the MOH & CCA weren't looking at death figures and hospitalisations - the two data sets that should have been a priority.

With deaths from all respiratory diseases down 22% for 2020 & 2021 figures combined, compared to 2018 & 2019 figures combined, one has to question the integrity and capability of the decision makers. Hospitalisations were also down 30% so what were they basing their decisions on? With 35 more deaths from respiratory diseases in 2018, compared to 2021, it can easily be argued that all the lockdowns, restrictions (often using discriminatory policies), face masks etc were not needed. The huge damage caused to islanders' physical and mental health, as well as the impact on people's livelihoods and the economy should not be allowed to happen again; this cannot be viewed as acceptable collateral damage, the costs are just too high.

Furthermore, even though respiratory deaths dropped during the pandemic, the overall deaths stayed more or less consistent over the years (averaging at 582.5 per year for 2021 & 2020, compared to 581 for 2018 & 2019). This is partly because of a 17% increase in sudden deaths, which include suicides - sourced from the Guernsey Police Annual Reports. This is deeply upsetting and we hope you will all think long and hard about those individuals and the impact on the families left behind.

Dr Brink, as part of your moral duty as the MOH we would appreciate a response from you on this matter and on the following, which the States of Guernsey has chosen not to respond to:

The States of Guernsey, I'm a bit confused as Dr Rabey suggested a few months ago that he wasn't aware of any adverse vaccine reactions. However, this Freedom of Information request to the Medicines & Healthcare Products Regulatory Agency (which I recently stumbled on) shows there were 290 suspected reports and 3 of these were suspected to be fatal (and this is only for data up until 8 September 2021 so the figures will be higher). This seems a very high number of suspected reports compared to other vaccines (tetanus, MMR etc) and against our population figures. Could Dr Brink and Dr Rabey please clarify whether they are alarmed by these numbers?

Dr Brink, further to my point, you can now see a revised set of stats provided to me by the Medicines & Healthcare Products Regulatory Agency. This shows that up until 29 June 2022 there have been around 400 adverse vaccine reactions and 6 suspected fatalities. The numbers are incredibly alarming when compared to other vaccines and the numbers will be higher, as many people don't seem to be aware of the yellow card reporting system.

Deputies, in 2021 the data shows there were 7 deaths coded as caused by covid-19. You now have six suspected deaths caused by the vaccine and yet none of you seem to care? Why not?

A response from Public Health can be read online HERE or downloaded HERE.