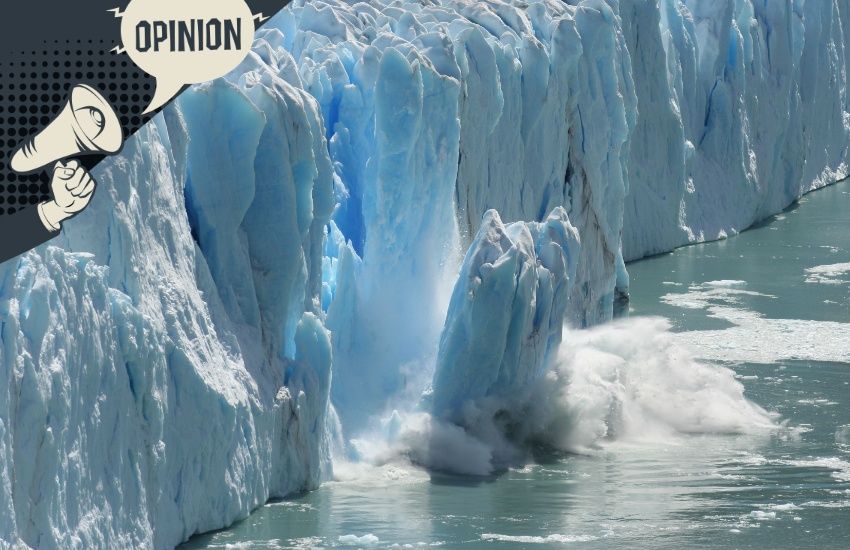 In an article originally published in CONNECT magazine and now reproduced in Express, Harriet St. Pier argues for the moral and electoral as well as environmental case to accept and take action against man made climate change.

A few weeks ago, I read an article entitled 'Saving the Planet?' In essence, the article was a piece of ardent climate denialism, authored by Deputy Bob Murray, the Vice President of the States' Committee for Education, Sport & Culture.

In his piece, Deputy Murray sought to defend his recent decision to be one of four deputies who opposed the establishment of a panel to help Guernsey achieve net zero carbon emissions by extending the 2015 Paris Agreement to the island. The content of the article – which was ill-informed, poorly-argued and lacking a clear evidence base – shocked me less than the notion that, in 2022, some of the island’s leaders still believe that climate denialism will win them political favour. 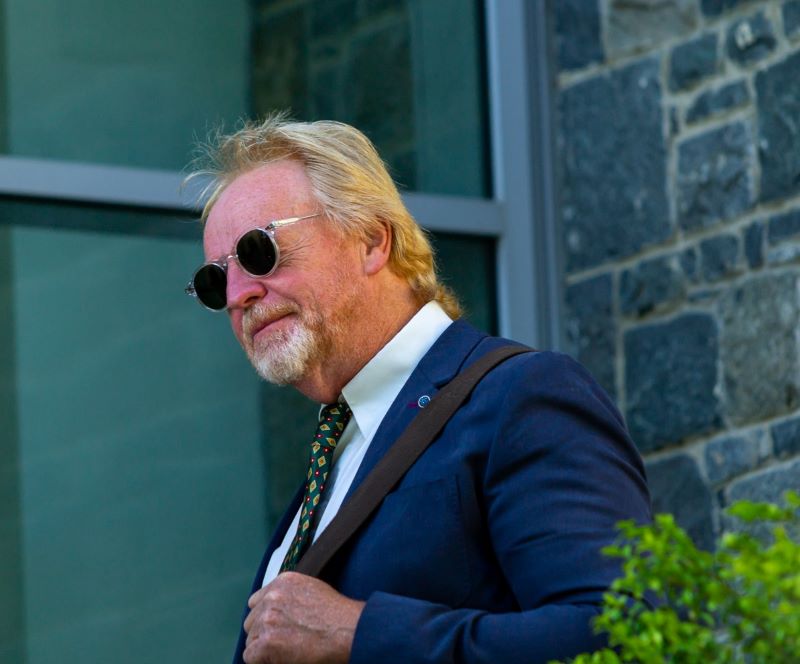 Pictured: Deputy Bob Murray is a self-confessed sceptic about man made climate change and claims it is "utter nonsense" to say that climate science is settled.

Deputy Murray’s overriding argument – which was murky at best – seems to be that science is not settled amongst the various scientific disciplines which study climate and, therefore, we should think twice before pursuing what he considers a financially crippling goal of net zero by 2050.

He argued that there is insufficient evidence to suggest that anthropogenic (human-caused) climate change exists. He pointed to fluctuations in atmospheric carbon levels which have taken place across geological time, arguing that these have not resulted in catastrophic global temperature changes. This idea is not particularly disputed among climate change experts. Indeed, within the relatively limited scope of human history, both a regional European Medieval Warming Period (c.950-c.1250) and a Little Ice Age (c.1500-c.1850) have been recorded.

However, this long view of history fails to account for the critical fact that the post-industrial global temperature rises are exceptional and unnatural. Put simply, they do not fit within these cyclical trends.

The 2018 Intergovernmental Panel on Climate Change (IPCC) report on the impact of global warming by 1.5°C - one of the most renowned and respected reports in the field - found with a high degree of confidence that “human activities are estimated to have caused approximately 1.0°C of global warming above pre-industrial levels”.

The global warming that has been experienced in the centuries after the Industrial Revolution does not match the long-term warming trend which existed before. The changes of the past 150 years cannot be natural – they can only have been caused by human activity. That is to say, they are anthropogenic. 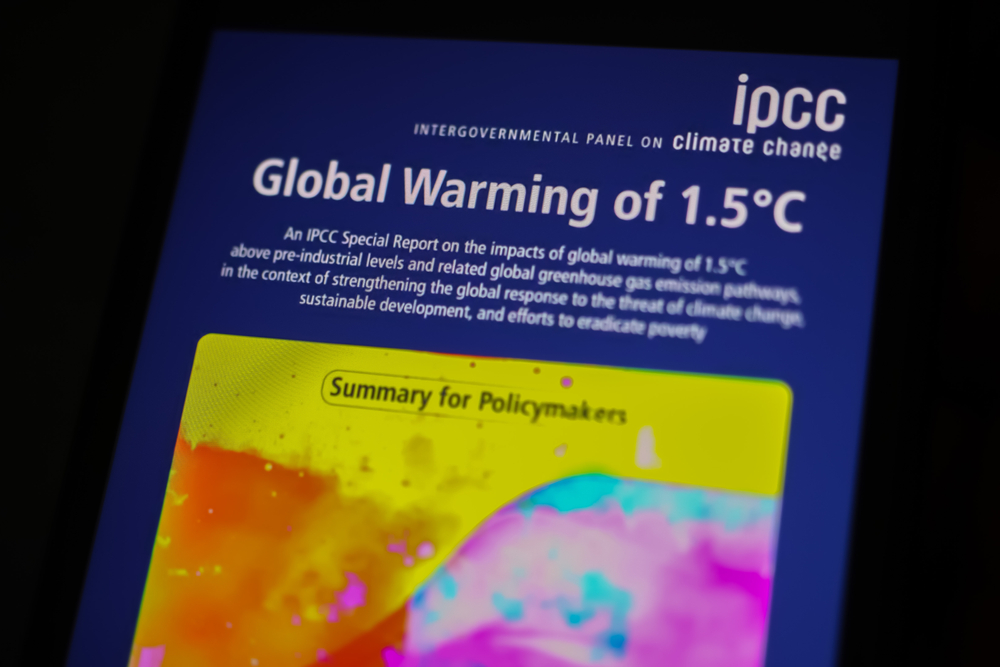 Pictured: The Intergovernmental Panel on Climate Change is a body of the United Nations which advances knowledge about man made climate change.

Deputy Murray went on to make various claims - for example, that rising sea levels are not linked to increased atmospheric carbon or any kind of anthropogenic activity - which are based on data which has been cherry-picked and misinterpreted.

He took particular issue with the IPCC, suggesting that they are politically motivated - an interesting claim to make with respect to an intergovernmental United Nations organisation. Indeed, the Panel is constituted of 195 UN member governments and overseen by 173 observer organisations and an elected bureau which provides guidance regarding the scientific and technical aspects of its work. The reports produced by the Panel are predominantly peer reviewed by industry experts rather than governments.

Deputy Murray’s ardent defence of his beliefs indicates that he seeks to position himself as a voice for the extremist minority. That’s his prerogative. However, as a politician who operates within a party-less system, where individuals are elected solely on the basis of their own beliefs, it’s a bad move politically. Being the minority’s hero won’t win votes.

Indeed, evidence suggests that voters – particularly young voters who have grown up learning about climate change in school and participating in Fridays for Future marches – are increasingly prioritising a politician’s environmental standpoint when deciding how to cast their votes.

The Ipsos Mori survey carried out before the last UK General Election in 2019 found that voters were prioritising environmental concerns over economic ones, with 85% of people listing the environment and pollution as one of their greatest concerns. This left the environment as the fifth most important issue in the election. 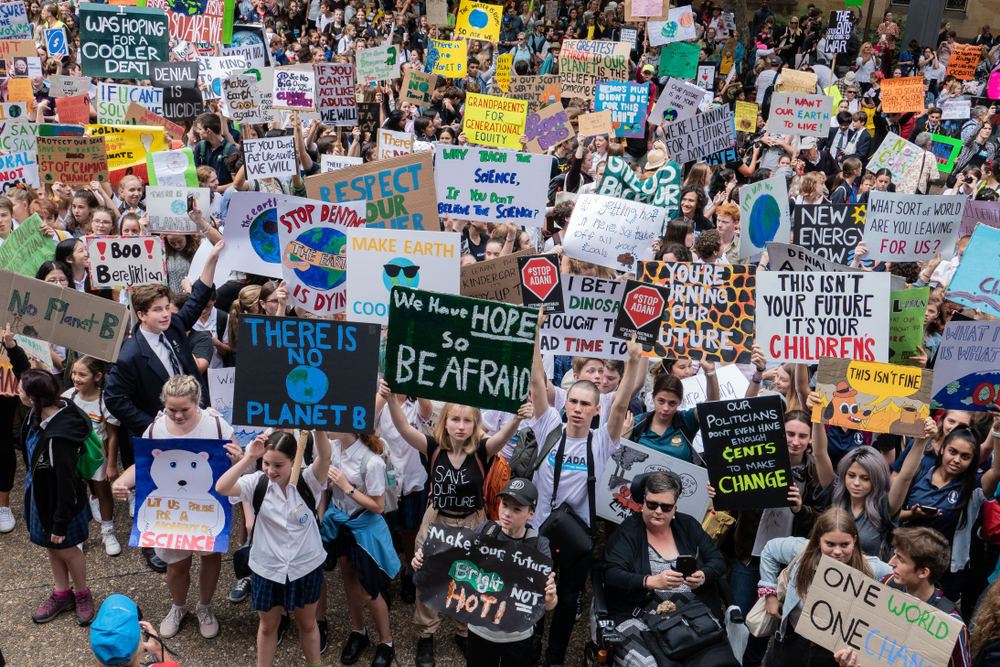 Pictured: Harriet St. Pier says there is growing evidence of environmental concerns being prioritised by voters.

“For me, a politician’s environmental policies are the single most important thing to consider when casting my vote”, she said.

“This is because a politician’s environmental views are representative of their wider political attitudes towards equity, justice and respect. It shows that they are thinking about the long-term future of our planet, which is currently at risk.”

Interestingly, it seems that Deputy Murray recognises this. His 2020 manifesto explicitly stated that he believed that climate change was ‘real’. He stated: “I am in favour of making solar accessible and, in particular, the serious investigation of sustainable tidal power, perhaps with Alderney. We need energy - and indeed food - security as an island. The hydroport proposal should therefore be seriously re-considered as a protection against rising sea levels, as an economic enabler and as an employment boost.”

To me, it does not seem logical that Deputy Murray seeks to protect the island against rising sea levels by investing in low- and no-carbon green energy technology and yet has since claimed that sea levels are not rising due to increased atmospheric carbon levels. 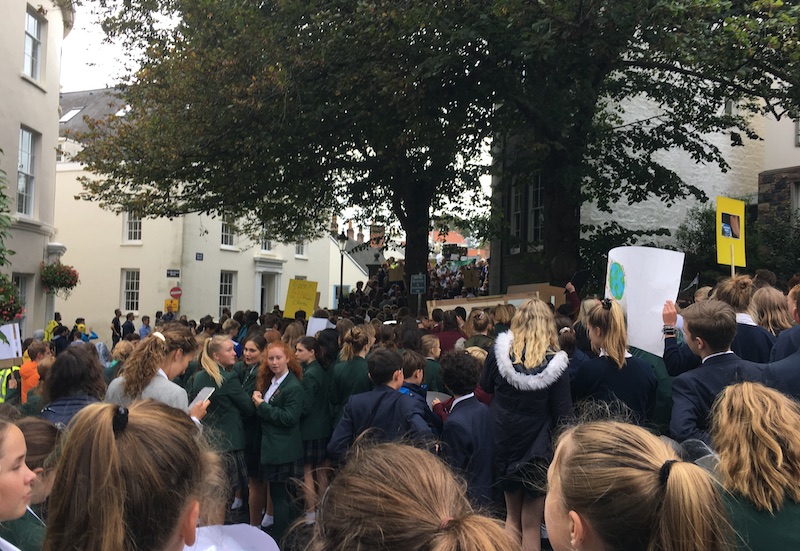 Pictured: In September 2019, students from several secondary schools and colleges marched to the Royal Court to protest against climate change and encourage more and faster action from the States.

The States have only just extended the principles of the Paris Accords to the island - seven years after their ratification by the UN. This was by agreeing in principle to the establishment of an expert panel to scope a pragmatic pathway to net zero by 2050 which will then be considered for funding under the 2023 Government Work Plan. In other words, we are shockingly behind the times when it comes to environmental policy.

It is my belief, however, that we are of a size which could make us astonishingly aspirational when it comes to sustainable development. If there was a little more ambition, we could seek to imitate the Green New Deal.

For example, we could carry out reforms which protect the environment, provide socioeconomic benefits to our community and establish a clear political framework for meeting international climate targets.

For those who do believe in the reliability of the IPCC and the facts of climate change, these are issues of monumental concern. I would propose, therefore, that it would do Deputy Murray justice - along with the other Deputies who voted the same way: David Mahoney, Andrew Taylor and Simon Vermeulen - to do further research on this subject.

They might find that acting to recognise and tackle climate change is a pre-requisite to another term as a Deputy, should they seek one. As elected officials, saving the planet could just be synonymous with saving their careers.

Climate change: "Why would I believe that the science is settled?"

OPINION: It is imperative that we continue to work with our students

FOCUS: Biodiversity rising up the agenda