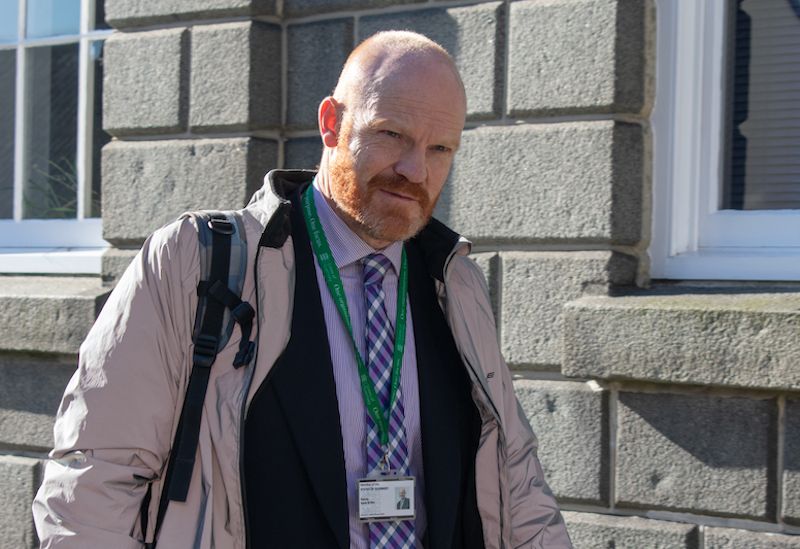 In June, the politician who headed up the Civil Contingencies Authority during the first wave of the pandemic explained why he believed the decision-making body should delay its new 'blue' category from 1 July to 1 August so that more young people would be given the chance to be vaccinated. One month on, Deputy Gavin St Pier has reflected on everything that has happened since.

Having in late June, in this Opinion column, called for the Civil Contingencies Authority (‘CCA’) to delay opening the so-called ‘Blue Channel’ from 1st July to 1st August at the earliest and concluding with, ‘I truly, truly hope – that I am wrong and the CCA have got it right. And if, after 1st August, I am wrong, I will say so’, it is reasonable to ask me now: ‘were you wrong?’  and with the benefit of hindsight, ‘what do you say?’

Firstly, my condolences to those whose loved one recently passed away from COVID; secondly, my thoughts are also with those worried about those currently hospitalised; thirdly, I am sorry that Alderney has had to forego Alderney Week, arguably the most important week in its economic and community calendar; fourthly, my thanks to all those public servants who continue to diligently discharge their roles to help and protect us all. 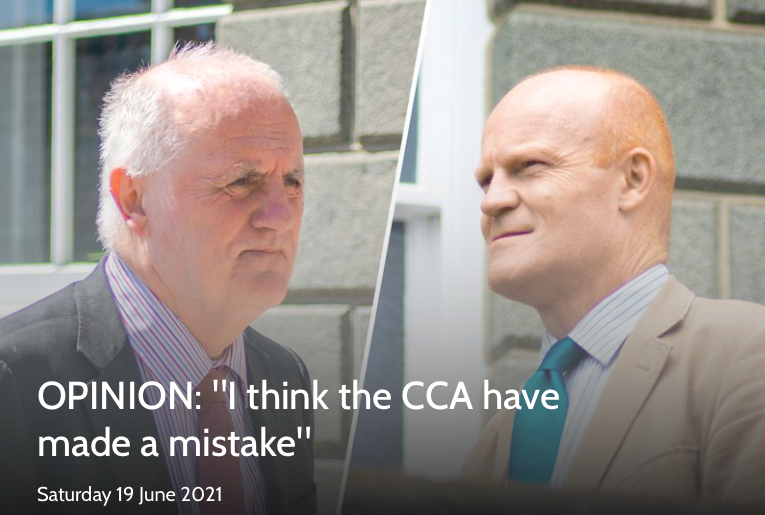 Pictured: You can read Deputy St Pier's original 'Opinion' piece and the concerns he raised back in June HERE.

In all honesty, I must admit that the number of cases since 1st July to date are fewer than my worst fears. Neither does it seem that the 50 or so cases at any one time, resulted in multiple hundreds of contacts in self-isolation, as I feared might be the case. Predictions at the time were for case numbers in the UK, driven by the Delta variant, to rise to 100,000 or even 200,000 day, with a knock-on impact on us.

For reasons no-one, it seems, can yet quite explain, the UK’s case numbers peaked at around 50,000 a day.  However, I don’t know whether my expectations (or indeed yours) were realistic or not, because the CCA refused, when asked, to provide details of their own expectations. The Bailiwick’s experience will have tracked on, ahead of or behind the CCA’s own expectations – we just don’t know which.

The rising prevalence and rapidly changing nature of the course of COVID outside the Bailiwick made changes inevitable in recent weeks to the Bailiwick’s border regime. The CCA understandably said that they would keep matters under review and, to their credit, they have.

Changes have included: introducing pre-travel PCR tests for arrivals from Jersey before moving to observed lateral flow tests (LFTs); and introducing pre-travel tests for arrivals from the rest of the Common Travel Area, before rapidly scrapping this plan to replace it with LFTs on arrival for the vaccinated (having previously said that these tests were of limited use for arrivals testing.) Implementation of this revised decision was then postponed because of logistical supply problems for the LFTs.

These changes, taken with other challenges such as the concerns around a particular batch of Indian-manufactured vaccine and facilitating recognition of vaccines given within the EU, have left a perception that the Bailiwick is no longer planning one-step ahead of COVID but is left, like so many other jurisdictions, reacting to events.  Whether the perception that the Bailiwick was ahead of others was ever accurate is irrelevant, but its loss marks a loss of our USP (unique selling point.)

Pursuing their chosen path with its inevitable and rapid changes of course have exposed the CCA to criticism that it’s ‘flip-flopping.’ They are big enough to ride that out, but they do so at the cost of some loss of public confidence, which could be more than merely unfortunate, if further restrictions are required later during the course of this pandemic, effective implementation of which relies on public support.

One of the regrets I expressed in June was the appearance of throwing, as a group, younger, unvaccinated adults under-the-bus, to enable their double vaccinated parents and grandparents to travel without the same testing or isolation regime.

Given the number of students who returned to the island in this period at the end of the academic year, the indignation which many felt at having to isolate for up to 14 days, whilst their elders were able to jet off for the weekend, was both real and understandable. For me, even though I was wrong and my worst fears of the case numbers (and all that flows from them) were not realised, this remains my biggest regret of the decision to proceed with the Blue Channel on 1st July rather than delaying it until at least 1st August.

Whilst I understand the decision to prioritise the rights of the individual, I would still have preferred to have prioritised keeping the community united, maintaining the #GuernseyTogether spirit, at least until all adults had received the opportunity to be vaccinated. I realise that is not a view that not all will share, including my own family and friends who have taken advantage of the ‘blue channel’ - but whether I am right or wrong in that view, is now for you to judge with, of course, the benefit of hindsight."