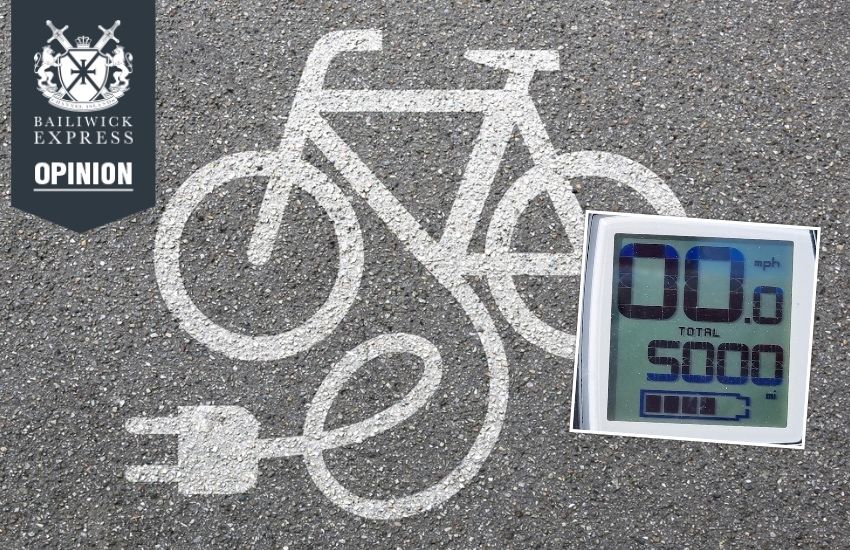 Express’ Kit Hannah chalked up his 5000th mile on an electric bike this week, which he has used as his main mode of transportation over the last three years.

"Over that time, I have paid £0 for petrol, £10 per month on insurance, less than £300 on maintenance, and some irregular purchases for worn out waterproofs.

"People have queried why I do this, urged me to get a car, and wonder what I do when it's raining. The short answer is… it’s all I need.

"I attempted, but consciously failed, to obtain my full driving license when I was 17. By the time I was ready to go off to university I abandoned these efforts, deciding it was better for my wallet to not pay insurance on a stationary car which would be permanently exposed to the elements.

"Before purchasing my e-bike in April 2019 I had decided to walk, bus, or car-share to my intended destinations – regarding conventional cycling as too arduous and sweat-inducing for travelling to work, for example.

"It was only when I had the opportunity to test out an electric bike for a previous employer that my eyes were opened to the world of motorised cycling.

"As I crisscrossed effortlessly between St. Martins and Richmond through the valleys, I was fully sold on the potential provided by these simple machines.

"I went to every cycle shop on the island, and by late afternoon I was cycling back home with my brand-new e-bike." 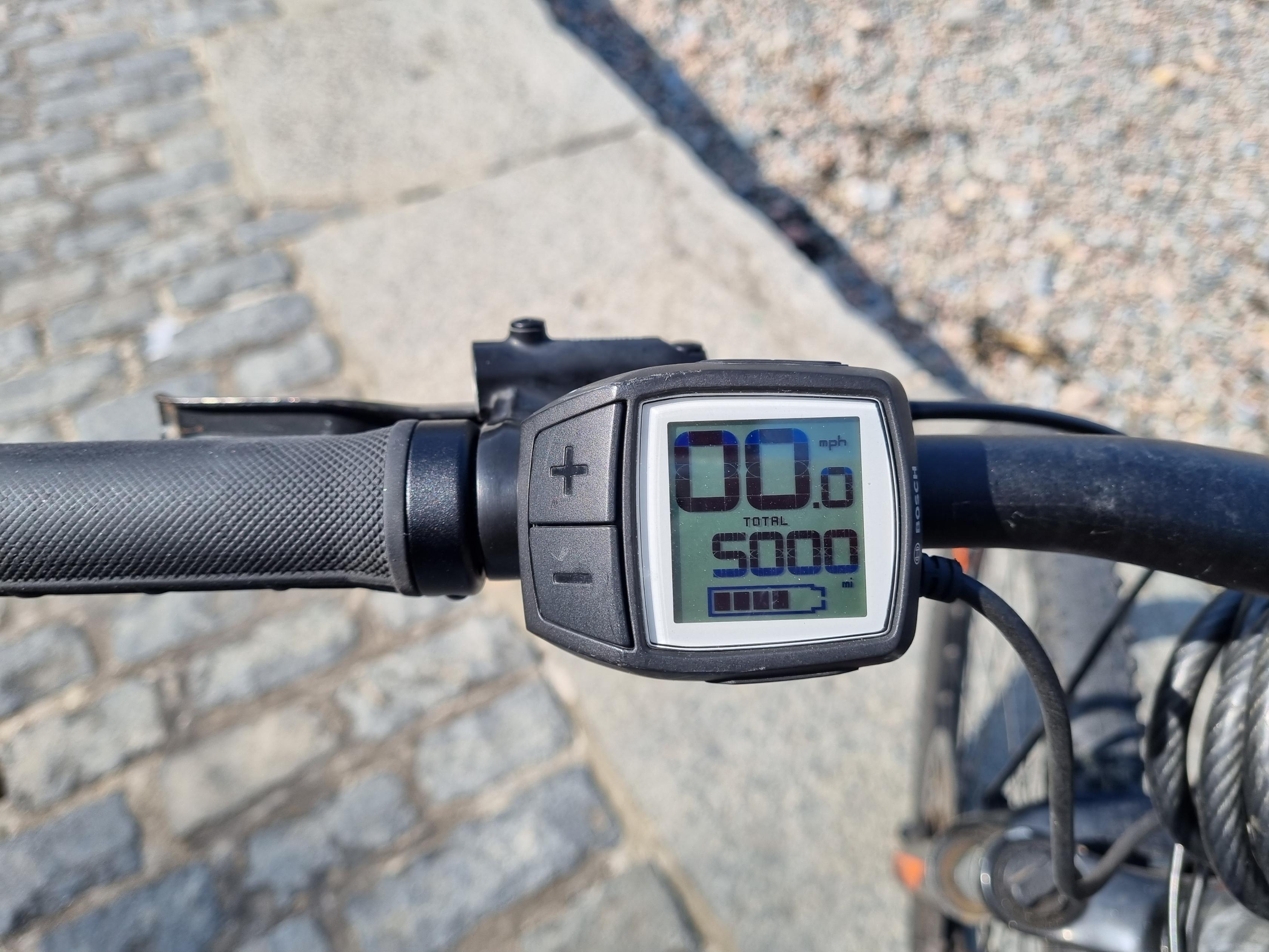 Pictured: Kit reached the 5000-mile mark as he cycled into work on Friday morning.

"I will be the first to admit these bikes are not cheap. I splashed £1300 of my savings recognising that only myself and a few belongings would ever be able to come along for a ride. Other models of e-bike can also be substantially more expensive.

"But the money I have saved along the way, instead of driving everywhere, is impossible to ignore.

"It has not been without its downsides, however.

"Whilst I have never arrived at work drenched in sweat, I certainly have been caught out by the rain.

"Often the sound of morning rain tapping against my window does not provoke feelings of coziness, but a sense of dread as I pull on my waterproof over-trousers and wonder if my socks will be spared the storm.

"But it is only a little bit of rain. By the time I have reached my destination, dried off, changed, it becomes a small footnote of the day.

"I would love to see as many people as possible travelling in a way like me, but I accept it is not always feasible.

"Do I believe that all cars, vans and trucks should be banned? Absolutely not. But for those who drive in and out of town each day by themselves, in a massive SUV, I ask this: Is there literally no other way you can imagine getting to work?

"For those who bemoan cyclists for slowing them down, I ask them to be open-minded.

"Cyclists do not clog up the road network or cause traffic jams, cars do. That’s not an opinion – it’s what the most contemporary research shows." 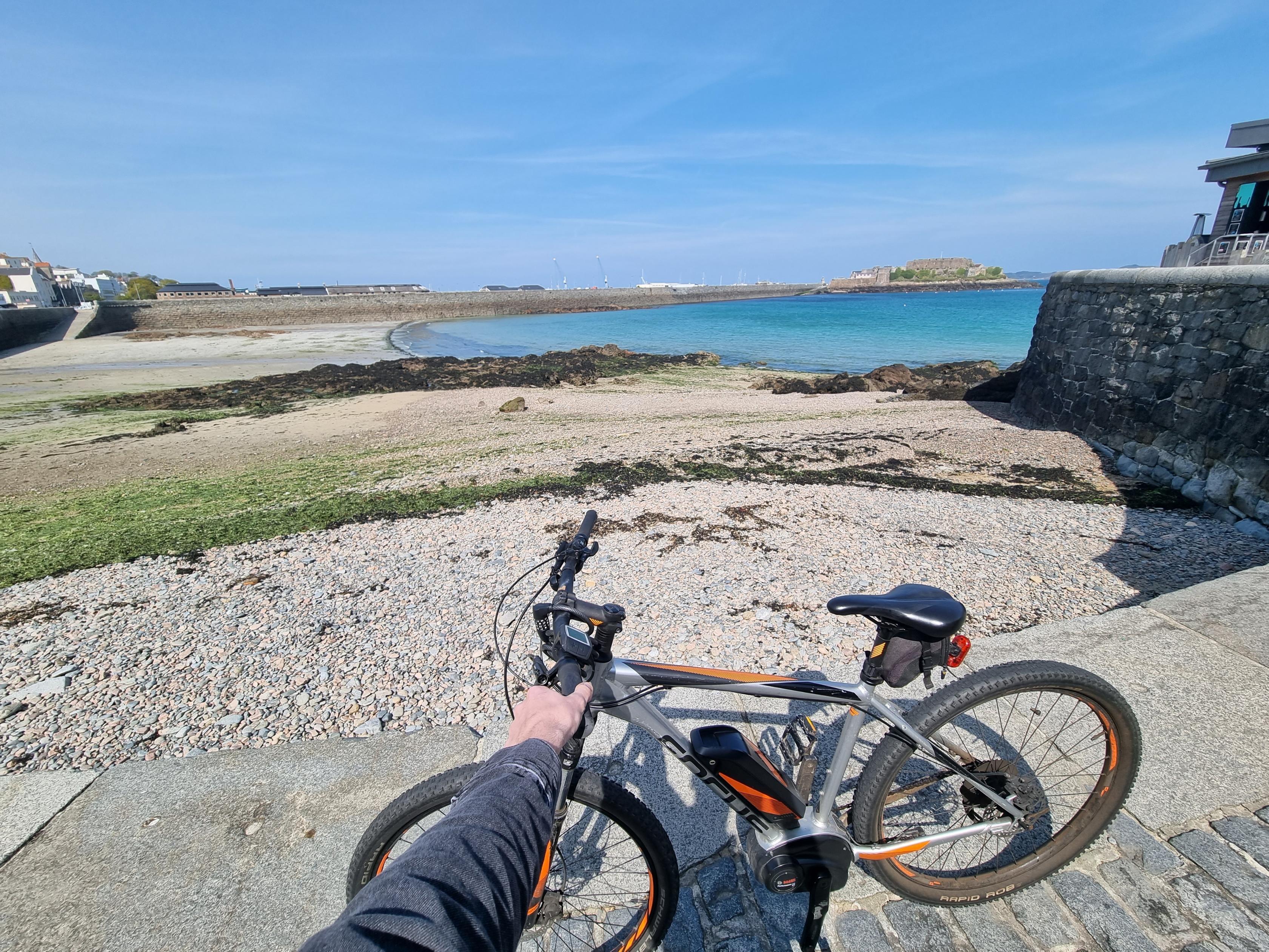 "Tradespeople, many of the elderly, and perhaps those with many children can be exempt from considering cycling as a viable option.

"But for most of us, there is little preventing hopping on the 'shang' rather than the car seat each day.

"At a time of increasing pressure on people’s pockets, cycling can go a long way to providing some monetary respite – not even considering the myriad health and environmental benefits tied to travel on two wheels.

"People are often scared of cycling on our roads, and for good reasons. I’ll let you decide what is responsible for those concerns.

"All I wish to highlight is that this way of transporting oneself is possible, enjoyable, and freeing!