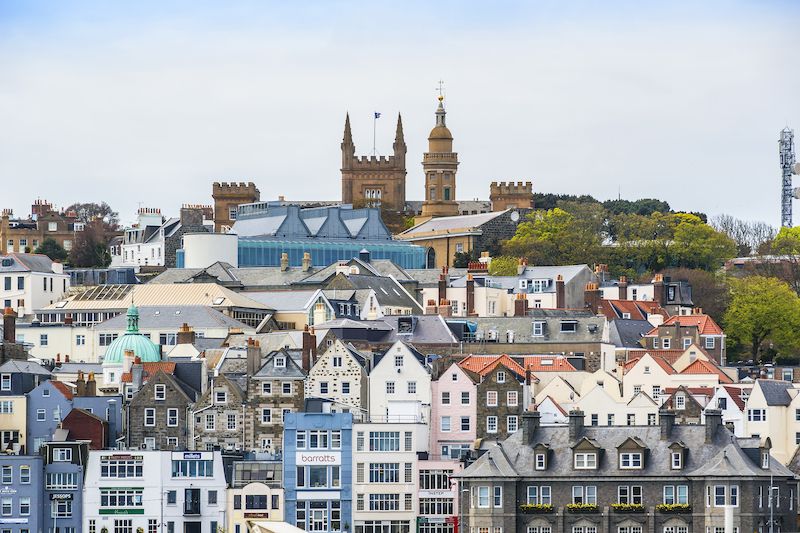 In the past six years, financial services adviser Geoff Miller has seen the environment for offshore jurisdictions get increasingly difficult. He has set out why Guernsey needs to transform its corporate tax regime in order to thrive - and why defending the status quo is more dangerous than it may appear.

"Nobody will deny that the world has changed very dramatically in the past two years, but in the area of tax many offshore jurisdictions are working on the assumption that things will return to where they were previously and like a soap star of years gone by, we can all wake up and realise it was all a dream.

In fact, it’s the jurisdictions that have taken a low rate of corporation tax as a given for a generation or two need to wake up themselves, to the reality that they need to move on and, like Tarzan, let go of one vine and grab for the next.

Last week saw 136 countries, representing over 90% of global GDP, sign up to the notion of a 15% minimum tax rate for large corporations. Only Kenya, Nigeria, Pakistan and Sri Lanka chose not to sign up. This is part of a wider agenda to introduce the notion of a global minimum rate of corporation tax to remove tax competition between jurisdictions, and the ability of corporations to move profits from a high tax jurisdiction to a lower one, thus avoiding billions of dollars in tax due.

The tax debate has been a long time brewing. It began to really take hold in the mainstream consciousness after the 2008 global financial crisis and the subsequent Occupy movement. The ability of an elite of individuals and companies to be above the law and outside of the tax system seemed, to most people, to be manifestly unfair.

Added to this, in the years since, there has been a shift in global politics. There has been a far greater focus on injustices, real or perceived, in recent years and a desire to blame those outside society for its ills. This, in various guises has been embraced by politicians of all hues to justify their policies and their philosophies, because to ignore this trend is to commit political suicide. Then a global pandemic hit.

The pandemic has, of course, had a seismic effect on society as a whole, but for Government it has changed all of the rules completely. Around the world Governments, through furlough schemes, cheques for the population, grants and loans to businesses, became a bigger part of the economy of most developed nations than at any time since World War II. We are now left with the aftermath, which is a very large hole in the public accounts and populations that have suffered for almost two years and are expecting everyone to contribute to a recovery in economic stability.

This is the background within which the debate around how to reduce tax competition between jurisdictions is playing out. What has been striking in the past year is the pace with which the notion of minimum tax has moved from the sort of thought pieces that would proscribe other measures such as universal basic income or a move away from measuring GDP to determine economic success, to definitive statements signed by the vast bulk of the developed world. Whilst politicians in offshore jurisdictions continue with their “let’s wait and see” mantras, assuming that actual policy will be years away, if ever implemented at all, larger jurisdictions’ politicians clearly see this as a big vote winner, with little collateral damage economically.

The offshore world is uniquely vulnerable to this tsunami of politically popular action. Even without any legislation to bring in global minimum tax rates, it is inevitable that the offshore world will face action to cut it off from transacting globally. If financial institutions feel that there is risk around remaining in a jurisdiction they will not hesitate to up sticks and leave. Offshore jurisdictions will, rightly, complain that they are being unfairly targeted, that it will make no difference to global corporate tax take and that their finances don’t require large corporate tax hikes, but it will make no difference. Antipathy towards the offshore world is only going to increase.

So, what should an offshore jurisdiction, such as Guernsey where I live, do in response to the current global political tides shifting? There are two choices. First, which is being pretty much universally adopted (as the average lemming will attest, no one lemming is ever criticised) would be to do nothing, to wait and see what happens, to push back against any notion that the offshore world is a haven for tax dodging corporates and seek to educate onshore politicians of the economic value add for the global economy of the offshore world. That is all very worthy and sensible, but entirely pointless. As Remainers discovered in the Brexit debate, voters don’t care as much about rational argument as they do having someone to blame and the offshore world is ripe for that.

There is a great book about such discontinuities and how to approach them called “Tarzan Economics”*. It focuses on how the music industry wasted years fighting the streaming services instead of monetising them. The author describes how easy it is to believe that defending the status quo is the best, and lowest risk policy, where in fact you would do much better to channel your inner Tarzan and move from the current strategy that you’re clinging on to and instead swing across to a new paradigm.

What do I mean by a new paradigm? For a start, transform the corporate tax system from one where the base is 0% and from which there are exceptions that are taxed at a higher rate, to one where the base is 15% and there are then exceptions that will allow existing structures to continue to operate as before. Adopt the types of exemptions that onshore jurisdictions do for investment companies, real estate investment trusts, holding companies etc. and in addition take into account how much other tax is paid locally by companies, through income tax, social security, property taxes etc. to offset against the 15% tax bill. The aim wouldn’t be to significantly increase the contribution of companies but to demonstrate to the world openly and transparently that companies were paying tax.

Secondly, as just as importantly, offshore jurisdictions like Guernsey need to be vocal in their support and forthright in their policies to ensure fair taxation globally. We have moved away from a world where sheltering operating profits from other jurisdictions or helping individuals avoid paying their taxes at home is a sustainable business model. The offshore world needs to consist of economically active individuals and companies that pay their taxes in whatever jurisdictions they work in and use an offshore base primarily for its political and economic stability and its ability to provide a broad range of support services with which to run an open and transparent, successful business.

Adoption of these types of policies would bring offshore jurisdictions into the international fold and would bring benefits such as a far greater ability to access double taxation agreements (DTAs) that would stop offshore companies being penalised for being offshore, as they are now. Why would larger countries be prepared to DTAs with small, insignificant offshore jurisdictions? Because they would want to set an example to the rest of the offshore world – if you come in from the cold, there are benefits.

The risks of not doing anything are huge. In the past six years I have seen the environment for offshore jurisdictions get increasingly difficult. Three times I have received advice from big four accountancy firms that sizeable companies should redomicile from Guernsey to the UK, in two cases because it would be more tax efficient (primarily due to DTAs) but in all three cases the strong recommendation was that it protected the companies against future changes in global tax environment. These types of discussions will only get more commonplace and will eat away at existing business and the prospects for new business in the future.

Secondly there is the attitude of the EU to offshore jurisdictions, at least those outside the EU. I have had personal experience of EU jurisdictions being clear with companies ultimately owned by a Guernsey entity that they will be taxed more within the EU jurisdiction because their ultimate holding company is in a low tax jurisdiction. Again, this sort of attitude chips away at the existing business and dents the prospects for new business.

As Brexit has shown, these types of factors do not suddenly create a huge impact on the level of economic activity, but rather it is a drip, drip, drip in the background. It is particularly masked currently by the huge amount of activity in capital markets, that is creating the illusion that all is well. This is what makes the current situation so dangerous.

There is a market for offshore centres that choose to position themselves as a beautiful place to live that fully embraces the responsibility of every jurisdiction to ensure everyone contributes to the societies from whence their wealth came and in which they still have a presence. I hope Guernsey can be such a jurisdiction."

*Tarzan Economics – Eight Principles for Pivoting Through Disruption by Will Page