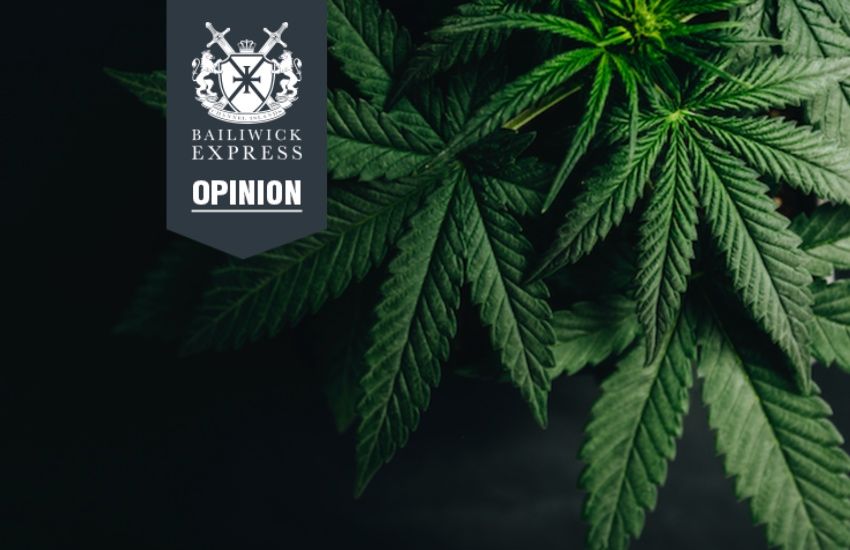 Why do we have laws? Utilising several legal resources and nearly a decade of court reporting I’ve boiled it down to this: We have laws to protect the citizens of a society from abuses committed against them by other people or organisations.

So, what on earth was yesterday’s cannabis sentencing all about?

Two people were sent to prison following a gruelling eight-hour exercise in abject misery. One was a mother, who has been taken from her two children to serve a three-year jail sentence; the second, a husband whose wife is wheelchair bound with a degenerative neurological condition. As he was her sole carer she’ll now be ‘looked after’ by the State.

A third man, who is the father to the two children mentioned above, avoided a prison sentence by the skin of his teeth. With the courts opting to suspend it instead. But let’s be clear, the State was on the cusp of essentially making two children orphans.

All of this because of cannabis.

I’m not going to wax lyrical about why making cannabis illegal is a pointless, damaging and a truly outdated way of thinking. The pro-legalisation arguments have been said so many times they’re obsolete. They don’t matter. No-one is listening… or at least, it feels like no-one is listening.

And I get it. They broke the law. The Judge and Jurats had their hands tied and were bound by legal guidelines. We can’t blame them. A just and fair society needs laws, people need protecting and if we ignore one law then the whole system fails.

But the law here is clearly broken.

Who exactly did we protect yesterday? The public? From what? Michael Clarke was growing cannabis for his disabled wife because it helped her. Lucia sold it to cancer patients and people with depression because it helped them.

He was doing it before the States of Guernsey finally came round to seeing cannabis as a medicine. As his lawyer put it: “He was selling medicine while the law caught up.”

Clarke was even paying taxes! Sure, he was submitting his profits as ‘consultancy fees’ instead of ‘cannabis sales’ but he wasn’t exactly Pablo Escobar. And fine, did a dozen or so people get their hands on some puff for recreational use because of this enterprise. Probably.

Every week without fail someone has battered someone else in the Pollet because they’ve had too much to drink. I see it week in week out. Clarke and Pagliarone’s actions probably led to a handful of people staying at home to eat pizza and listen to music instead…

So, I ask again. Who did we protect yesterday?

Next week the States of Guernsey will be debating not to legalise cannabis, but whether to look into whether to legalise cannabis. Even this baby step looks to be muddied by an amendment lodged by the President of Home Affairs – infamously critical of the legalisation of cannabis – who wants to complicate the process of launching a review if the States agree to do so.

Deputies Andy Taylor and Dave Mahoney want to scrap the discussion entirely, arguing that "jurisdictions that have liberalised cannabis law are seeing adverse impacts", a statement which seems rather opaque and misleading.

Confused? I’ll clarify. With all the will in the world cannabis is not going to be legalised any time soon.

So instead, we’re going to have to continue to watch parents get torn from children, husbands from wives, families irreparably damaged because they got involved with cannabis.

But they broke the law. So, I guess they deserve it…