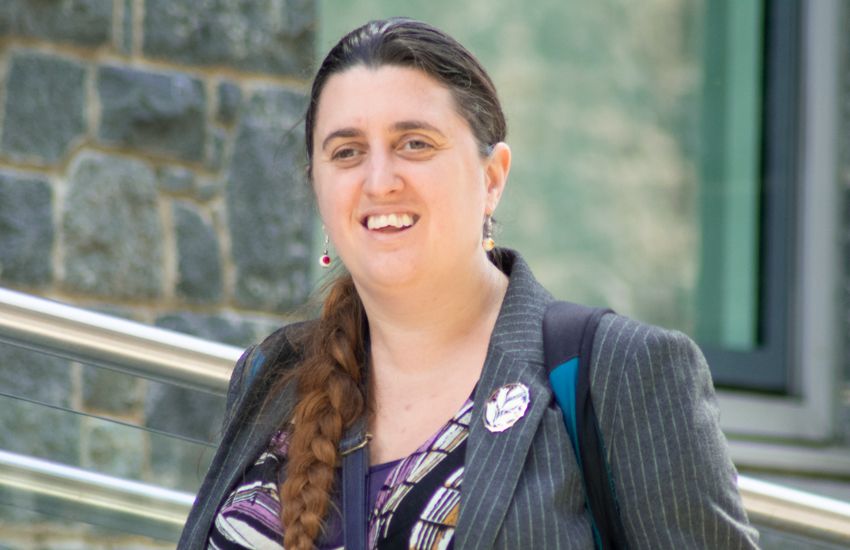 Employment & Social Security Committee Member Emilie McSwiggan has called on the States to reject an amendment that would "kick new non-discrimination laws into the long grass".

"In the last few weeks we have seen a groundswell of support for Guernsey’s long-overdue non-discrimination laws. Community groups, business leaders and thousands of concerned citizens have all stepped up to say: “Now is the time for action.”

So it is deeply disappointing that, this afternoon, two Deputies have lodged an amendment (Amendment 8) to those proposals, which would see non-discrimination laws once more kicked into the long grass.

The amendment looks almost harmless at a glance, so let me quickly explain why it would be so damaging.

First, it asks for a working group of politicians, employers and employees to get together and do an impact analysis on Phase 1 of the law – that’s the protections for disabled people, carers and people who face racial discrimination. The law wouldn’t be allowed to come into effect until that work was completed. Instead of the clear timetable set out by ESS – a new law by 2022, and implementation six months later – the law could be delayed indefinitely while this work is carried out.

(Apart from that, there’s an obvious bias in the proposed working group. Why only employers and employees? How will that protect the rights, for example, of people who’ve never made it into the workforce because of discrimination and inaccessibility? How will it help people who experience prejudice and exclusion as customers, rather than at work?)

Pictured: Deputies Andrea-Dudley Owen, proposer of Amendment 8, and Emilie McSwiggan are at odds over the effect of the amendment.

Meanwhile, the true impact of not having these laws will continue to be felt – the reality of prejudice, discrimination and exclusion which our community has so recently, and so powerfully, condemned and called for change.

It has been a long, hard journey to get us to this point – the point where the States are ready to consider non-discrimination laws at all. There’s more still to be done – the law still needs to be written, and information and guidance prepared, before it comes into force. ESS have set out a clear timetable for this – a promise that it will be done by 2022, and that implementation will follow within six months. It’s too long, but it means the end is in sight, at last, for people who have been fighting for their rights for more than a generation.

This amendment would tear all that up.

Not only that, it would slow down – and maybe even stop – the introduction of other protected grounds. Amendment 8 calls for a review of the law between each Phase, and asks the States to consider the “continued appropriateness of the policies to which the legislation gives effect.” That’s polite, technical language for: “We think this law should be got rid of in a few years’ time.” It is – pure and simple – death by delay for the non-discrimination law. 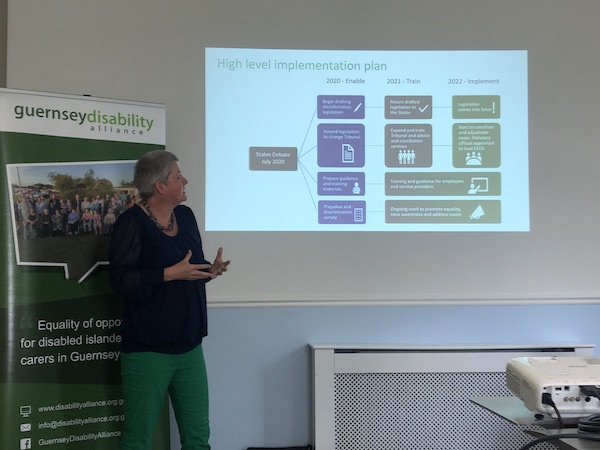 Pictured: Karen Blanchford from the GDA outlining what the proposals will mean at a media briefing last week.

After all the evidence of recent weeks and months, you might ask what more States Members need to hear, to change their minds? Calls for “more evidence” – more reviews, more analysis, more waiting – by people who haven’t been convinced by all the evidence they’ve heard so far, are not going to change anything, or achieve anything good. All this will do is slow things down.

If you feel, like I do, that Guernsey has waited long enough for a good, fair, non-discrimination law that protects people against unjust treatment, then please, write to your States Members. Stick up for people who may not be able to speak out for themselves. Make it clear that a further delay would be unacceptable – that it would leave people in this community without the protection, without the dignity, that citizens of almost every other country in the world enjoy.