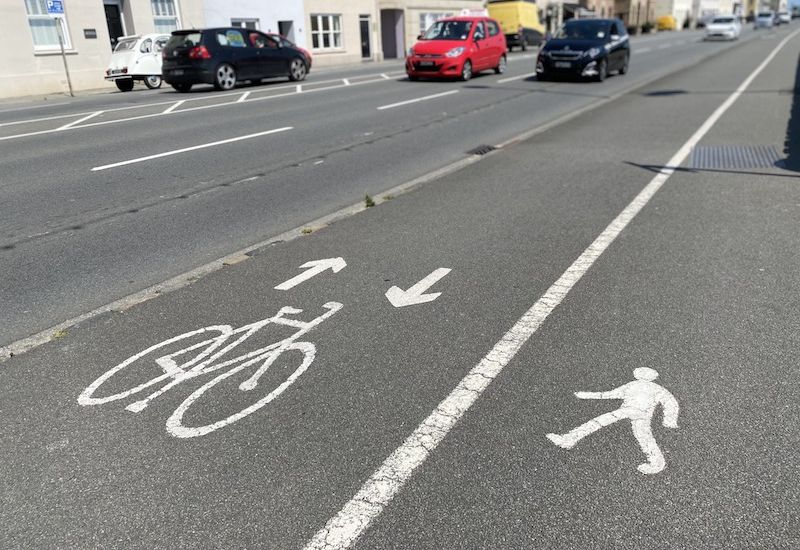 I used to swear at cyclists all the time. I’ll freely admit it. I used to drive from Town to the Bridge every day and get hot under the collar when stuck behind a cyclist who wasn’t on the cycle lane.

A ten-minute drive to the shops at the end of a busy day, delayed by a cyclist, would do my head in. And going up hills: “get off and walk,” I’d say, while rolling my eyes.

Not only did I find cyclists a nuisance - I championed the car. I needed it. I scoffed at cycling. It was too wet or too cold or too boring or too slow or too strenuous. The excuses were numerous my mind couldn’t be changed.

But I’ve learned that my opinions, while not infrequently held with intransigence for a time, can also change like the wind.

Recently, though inconsistently, I’ve been cycling. Sometimes weeks at a time, sometimes once a month. Last week I cycled into work twice and discovered something profound: motorists are annoying too. Sometimes very annoying. Possibly, occasionally, even more annoying than cyclists.

It’s like a very slow lifting of my veil. I can get on my high horse about anything - it just depends where I’m sat. Now I find myself swearing at people in cars, people who overtake too close, people who drive too fast, people who can’t seem to drive at all.

Now there are two possibilities here: either I find almost everyone annoying or it pays to try and understand both sides of the story. Or perhaps it's a mixture of the two, and on the cyclist's side there's the possibility that cycling not only does you some good, but might give the planet a bit of a break too.

The COP26 news cycle has made it very clear that global attitudes to climate change are evolving. Just take a look at the finance industry. Speakers at an Institute of Directors' event I attended the week before last warned multi-nationals that if they don’t take climate change seriously then international regulations will simply bankrupt them.

Guernsey has done phenomenally well dealing with its waste. In the end - because, of course, this was only after may years of prevarication and going round in circles. And despite the initial public outcry about food waste caddies and the problem that they may blow out into the road on a few windy days in the winter.

Environment & Infrastructure's energy policy clearly sets out our path to decarbonisation and Guernsey Electricity is now importing 100% from renewable sources.

The bit we’re not so good at is transport. Actually, we're really rather bad at it. And social media explodes if you write a story about cars being anything other than essential, virtuous and untouchable.

I don't need to preach. Others are doing that. Some of them are actually lying down in the road, rather riskily, if peacefully, confronting or at least stopping oncoming traffic. Of course, they, or their actions, are incredibly annoying. But I guess that’s the point.

I can find a reason to be annoyed by anything and any reason to be annoyed. But, despite my initial scepticism, I have to admit that riding my bike, taking the bus and even - to my absolute amazement - walking from time to time has given me a fresh perspective on our island, our environment and our transport possibilities.

Don’t get me wrong, I still use my car and I still get annoyed by cyclists. But sometimes I now join them and I’m trying to do it more often. Maybe you could give it a go. Be a motorist but also be a cyclist and also a pedestrian. You may even find yourself getting slightly annoyed by motorists for a change.

Posted by Robert Williams on Nov 22nd, 2021
Another attempt at anti-car indoctrination.
To place a comment please login Login »

Temporary lights along the front