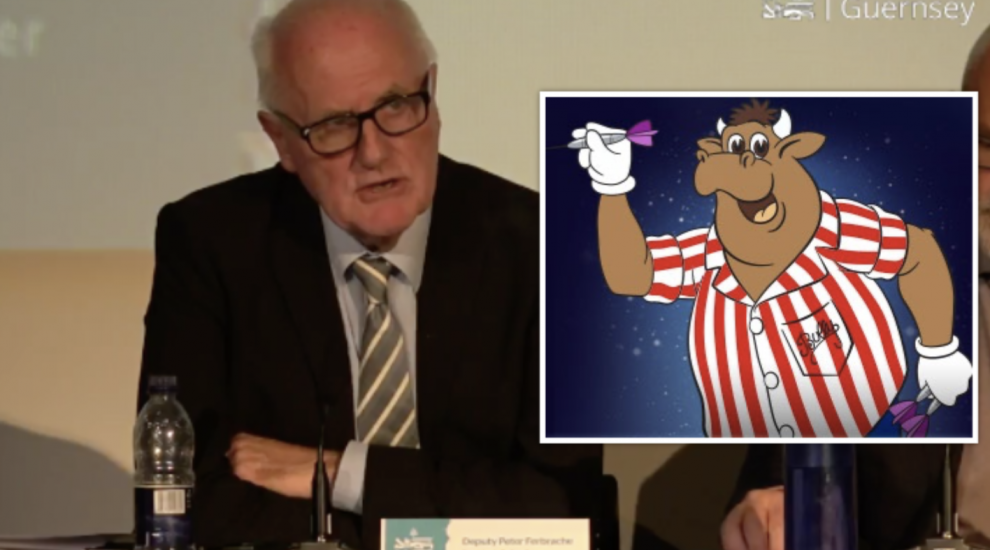 We all knew the GST proposal was coming, but the threatened service cutbacks if the States don't vote for the new tax are pretty wild.

Closing a school, reducing funding for sports and arts, and cutting back on public gardening services have all been suggested before, or have actually happened - albeit dressed up in different ways under different policy letters.

We've also been told we might have to pay more for services we already 'enjoy'.

But wait a second, just last week it was confirmed that people already suffering from cancer now have to pay for treatment charges incurred at the Emergency Department as a direct result of their oncology treatment. That was introduced in May, without any public announcement, when ED charges were put up - which was announced. 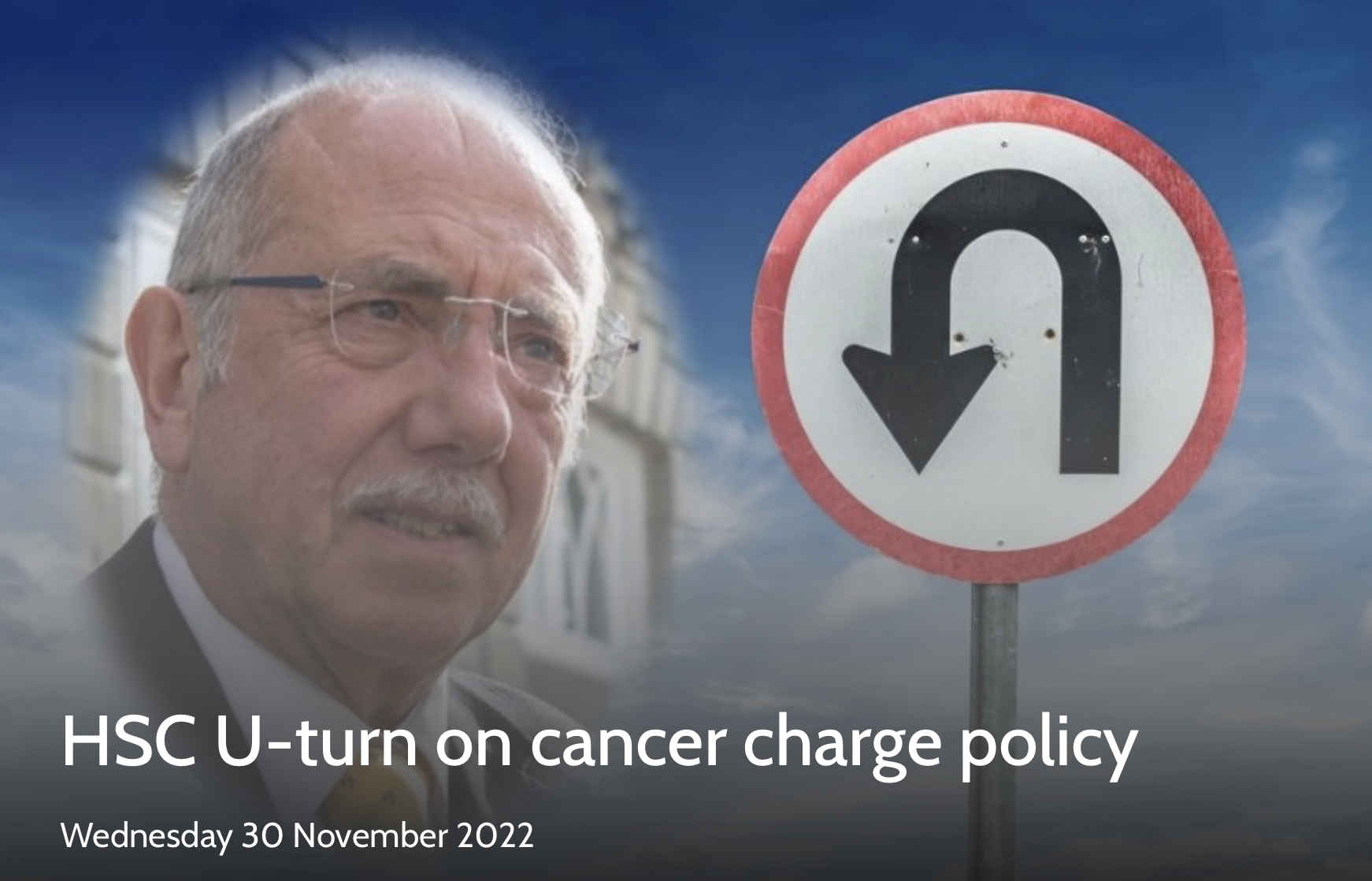 Pictured: Charges reversed in a u-turn by HSC.

Just last week the HSC President said that it is a fair and equitable way of ensuring everyone else doesn't have to pay more. Yesterday, Deputy Al Brouard announced a u-turn.

That came with a glaring warning though:

...it said that the decision was made on “an interim basis while a review is carried out to see whether it is financially achievable to treat patients with life-limiting illnesses equitably when receiving treatment”.

This could result in charges being raised for other services elsewhere.

The cynic in me wonders if the u-turn was a calculated move by whoever really pulls the strings within the States to show us - the mere taxpaying public - what we might have to face up to if we keep resisting GST.

Almost like a Bullseye style "look at what you could have won" in reverse.

I don't have the answers for how to plug the growing financial problems we, as an island, face, but I do have a long memory, the Express archive and Google...

It's so easy to remind ourselves that we've been warned for months, and years, that severe cut backs or increased taxes are needed. 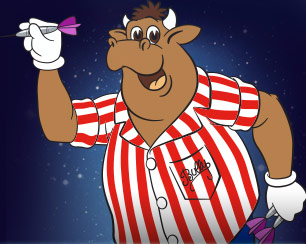 I moved back to the island in 2008, when the Financial Transformation Plan was the key theme of the day. The FTP was designed to secure multi million pounds worth of recurring savings.

In 2013 Deputy St Pier (then Treasury Minister) was telling all States departments to find ways of saving money. No new areas were identified then.

The Chief Minister of the time, Peter Harwood was warning that taxpayers would make up the difference if savings weren't made. Still nothing happened.

They both said that the FTP had not delivered as expected. Nothing changed though.

Remember that Capita, the consultants who led on it, earned millions of pounds in fees though. So at least some good came of it...

Pictured: A quick google brought up this reminder that in 2013 the Guernsey media were telling us tax hikes were on the way if savings weren't made.

Now here we are in late 2022, being told that cutbacks will be severe or the dawn of GST is coming with the new year.

But if the cut backs have been suggested for many years now, why are we still being threatened with them? Either they will happen, or they won't.

What could be next on the hit list to make us fearful that this time it's actually true?

Back to Bullseye, and "look at what you could lose". 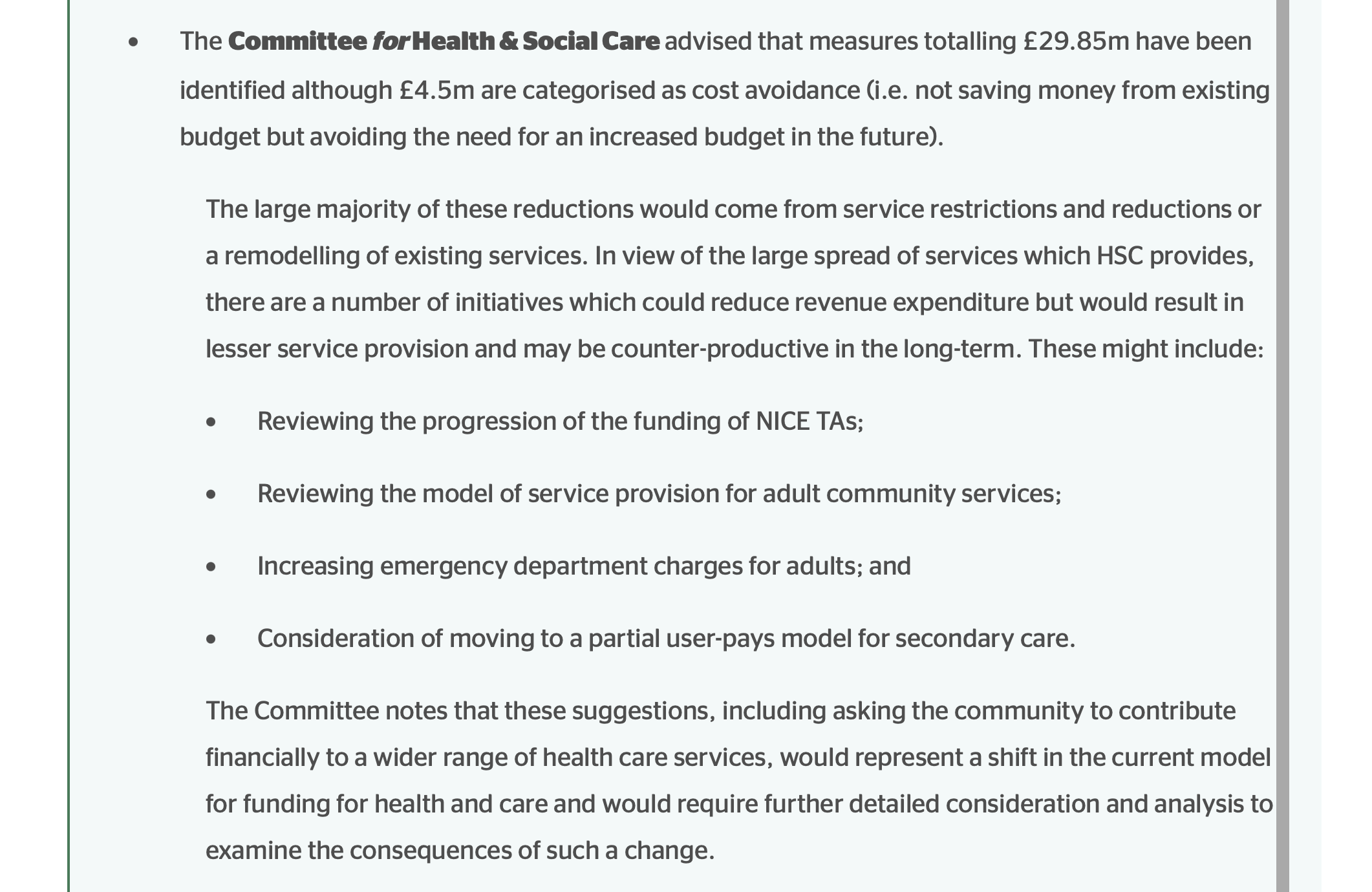 Pictured: The Committee for Health and Social Care has suggested it would have to make the above cut backs if GST is not brought in.

In 2020 the States agreed to pay for NICE approved drugs if on-island patients need them. In 2021 that almost came to an end when the Government Work Plan suggested tightening the reigns on spending. Now, we're told that those NICE drugs might be at risk again. They'll have hardly made a dent in public spending so far, but they might be removed from future use to save money (money that hasn't been spent yet).

The cynic in me is now wondering how many public services are agreed to great fanfare to then be held at risk soon after in calculated moves behind the scenes.