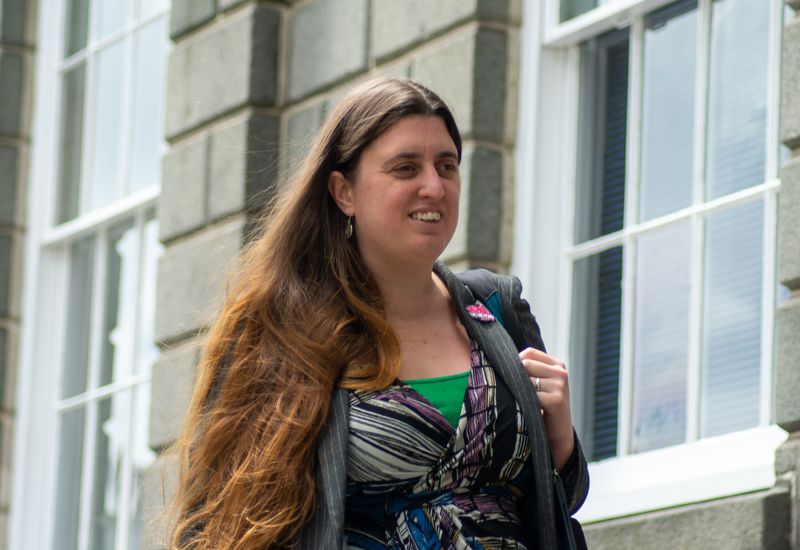 Former deputy Emilie McSwiggan has provided an analysis of the new Chief Minister's first general update to the States on P&R's immediate and longer-term objectives.

"A couple of general comments: There’s lots in here that could be good, and very few obvious disasters. That’s not faint praise. It’s a solid foundation. Of course, everything depends on the execution (as Deputy Kazantseva-Miller has already said) – but it’s no bad place to be starting from.

One good thing – it reads to me like the politicians have been more involved in deciding the content, than the civil servants. That’s rare for past P&Rs/Policy Councils. If true, it’s good news. It has been a one-way street for too long, to the detriment of the States.

Last general comment. This looks like a fairly Inder-esque team – 5 strong personalities with their own portfolios, in loose coalition. I’ve worked with Deputy Inder and enjoyed it, but I’m not so sure this model will work for P&R. I suppose we'll find out pretty soon.

OK, first bit of substance, and it got my hackles up at once! (It gets better.) Classic rookie mistake. Govts necessarily have broad mandates. You can’t shrink it down to a couple of things, and expect people to put their lives on hold till you get to the rest. BUT...

The problem with past prioritisation attempts (our States' and others') was the attempt to create a “total system”. Everything went in the prioritisation sausage machine. The top-ranked projects (supposedly) got time and resources. The others (unquestionably) were starved.

That’s not how prioritisation works in real life. You don’t say “I’m going to sit at my desk til I’ve done X” and refuse to get up to make lunch or go to the loo or sleep. Or if you do, you get very sick, and things fall apart.

A lot of govt action points and ‘priorities’ are the equivalent of having lunch or going to the loo, or doing minor admin. It’s senseless trying to rank them. They’ve got to be done – you’d waste more resisting them than just slotting them in.

“Stopping everything that’s not a priority” is a very different (and much more damaging) proposition than “focusing our time and energy only on the things that are a priority”. Past States have far too often fallen into the former, and it's a trap.

I am hopeful what’s actually being described is: “We’re going to concentrate on the big stuff, and the small stuff can mind its own business.” There’s room to interpret Peter’s statement like that. If so, it’s no bad thing.

If it means “we’re going to meet all the Presidents together” it’s great – we needed a forum like that in the last States, and never quite got it. On the other hand, if it means “we’ll meet each President individually”, it’s not really progress.

As for public meetings, I like the concept. I’m not sure it’ll work well in practice, but I’d be up for giving it a try. Just saying, once P&R do it, I think the other Committees have to follow suit.

Ok. Next. I am equal parts excited & terrified by this. Excited because there is nobody better than Deputy Soulsby to sort this. Terrified because what if she goes native and forgets what it was like on Committee? (Basically I adore her and don’t want my idol smashed, thank you.)

My track record on this is clear. I think our States repeatedly got (& accepted) duff – but so tempting – financial targets based on utterly unworkable plans. If that’s the case, Deputy Soulsby will have to work fast to re-set expectations & set out a plan the States can endorse.

(A story for another time: This was really poorly handled in our States and, by the end of it, had wholly eroded my confidence in P&R. The civil service is the bridge between political commitments and actual delivery, so getting it right MATTERS ...

And if you get it wrong, however decent your policy aims and however humane your values, you undermine the chances of actually putting good things into practice. Basically, I can’t overstate how big of a deal this is.)

This could be really interesting, especially coupled with livelier Douzaine elections. Of course, with greater democratic involvement has to come greater scrutiny and accountability – it will be interesting to see how that plays out.

Another interesting one (and nice to see that Deputy Soulsby has not been boxed in by her role on HSC). Poor Deputy Le Tocq, though. It’s not a bad idea, but I don’t think medical tourism will be making a comeback for a long time yet.

Got to say, I’ve never been persuaded there’s much mileage in medical tourism for physical health issues. Guernsey has a tiny health system without much on-island back-up. You’re probably always going to have better options in bigger countries. BUT...

I do think Guernsey could be a great destination for mental health. You could build a nurturing environment, with the full range of options from promoting wellbeing – nature walks & yoga retreats in Herm? – to providing care. I hope Deputy Le Tocq will explore this.

Every States says this, and it’s always hot air:

I hope they won’t waste too much time on it. Nothing wrong with sharing ideas (and air bridges!) with our island neighbours, but there are almost never economies of scale as a result of sharing services ...

Frankly, if you’ve got to cross a body of water to get there, there’s no point going to another island. (Sorry.) You might as well go to England or France, where there really *are* economies of scale and depths of expertise we don’t have access to.

I know he’s been elected onto P&R and all, but I got no sense of who he is & what he does during the election campaign, and I still have no sense of it now. Anyone want to fill me in? That aside ...

It’s a weird decision to separate “civil service reform” from “terms & conditions”. On the other hand, it might well be wise. Not just for a good-cop, bad-cop dynamic, but because it prevents the whole project becoming one big existential monolith for civil servants.

But on the flipside, new P&R seem to have swallowed the kool-aid that all terms & conditions can be harmonised. I'm so not convinced. That goes way beyond the question of equal pay (which is needed), and could well turn into an expensive, impractical farce.

Eh, we’re not given much to go on here:

But I should say: States’ property management was a huge frustration in our States. It wasn’t ever done well, not at STSB and not at P&R. IIRC, Peter was in charge of it at STSB before it moved, so he’s got a lot to prove now.

This, now, could be very good news:

In our States, the process for launching capital projects was labyrinthine and did not add value. The problem is summed up in one line in the report from Deputy Green's Scrutiny panel...

A delivery process and a governance process are both needed, but our States (and the one before it) got the balance entirely wrong – too many ‘checkers’ and too few ‘doers’.

This is long overdue:

We’ll find out something of the flavour of this P&R from the proposals it comes back with – could be really positive, could be disappointing. But I’m glad that they are picking this up.

Oh, I have SUCH mixed feelings about this:

The best bit is some rehabilitation of Deputy St Pier. The rest ... well, Gavin and Lyndon have a very bullish approach to States finances. I never felt comfortable with it, and I still don’t.

Nevertheless, this continues work towards improving the way the States manages its investments, and is probably a good thing on balance. (I'll just huddle over here with my doubts and hope to be proved wrong.)

Oh heck, are we nearly there yet? Apparently I created a monster. I’m so sorry!

Right, back to this stuff:

OK. We’ll see. Not bad things to focus on, but the proof will be in the pudding. The Man Who Hates Visions has snuck in a “Strategy” there at the end, though, I see - in just about the worst place it could be.

Look, there are two cogent approaches to air connectivity. You can do “planes as a public service”, or you can do “classic free market”. The States tends to get itself in denial about this, and to try & fudge a - costly, ineffective - compromise. This could be more of the same.

Ha. This will be fun:

The Presidents of P&R and Home Affairs couldn’t be further apart on Population Management, though they’re close on other things. I feel for Rob actually, because I think most of his Committee will align with P&R...

Obviously I’m rooting for liberalisation or abolition of the Population Management regime. I’ve never made bones about that. Amusingly, I think quite a few of the leftier States Members I’d normally align with, will take quite a different view...

So I think this will be an interesting test - of P&R, of Ec Dev, of Home Affairs, and of the States as a whole. If you're a political observer, this might be one to watch.

Moving swiftly on. What I like about this is the commitment to “evolution not revolution” – and the fact Deputy Soulsby ’s working on it, of course.

We did some work on it last term (see: https://gov.gg/article/175451/Requte---Towards-a-more-effective-structure-of-government…) and this sounds like a good next step.

Guernsey politicians and election candidates get far too excited about wholesale reforms to the structure of government, and I think that starting from the ground up every few years is a really unhelpful distraction.

Oh, look, we’re at the end, at last! (Sort of. Sorry.) OK. There’s plenty that hasn’t been said. Nothing about health, nothing about the environment, nothing about important social policies. But ...

Speaking as someone who cares a lot, I’m weirdly okay with that (for now). I really don’t mind P&R being laissez-faire on these things, and just letting the expert Committees get on and deliver them. I’d be far more worried if P&R was actively engaged, in a destructive way.

This statement is mostly focused on things that only P&R can do – sorting out staffing, reorganising the capital process, speeding up law drafting. That’s good. It suggests P&R’s focus is on creating a better infrastructure for government...

Which in turn should allow all the Committees – and the services they deliver to the community – to flourish. So I’m not pessimistic yet. The biggest test of P&R will be whether they have the EQ, and put in the personal hard work, to bring the rest of the States with them.

OK, that's me done. Painfully wide of the mark?"