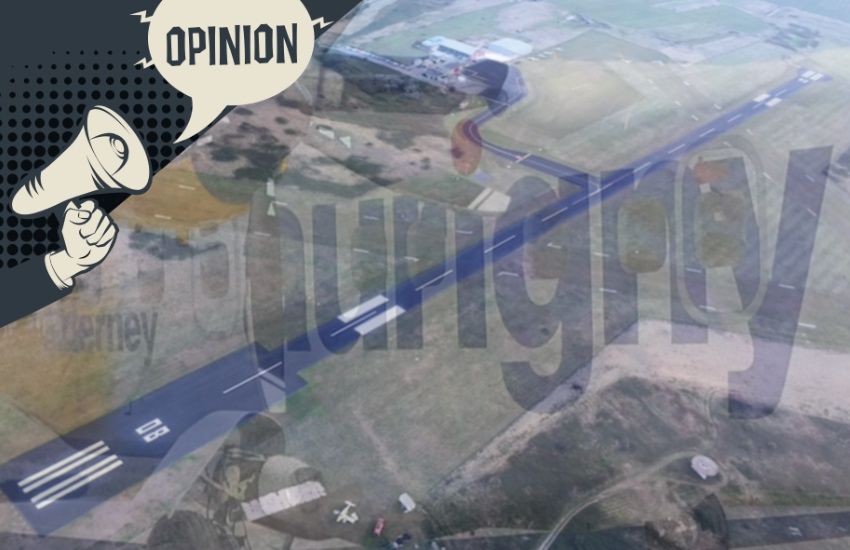 The States of Alderney are due to debate plans to refurbish the island's runway and airport terminal building today. Ahead of that, Mike Harrisson shares his view.

"Due for debate on 16 November this proposal is unsupported by any expert evidence and is illogical and would be catastrophic if adopted. It would not “future-proof” the Alderney economy but would damage it and would fail to meet the needs of the population individually or commercially.

Alderney does not need a dedicated medivac aircraft and medicair team such as that proposed by Gamma Aviation the cost of which would be exorbitant: their aircraft are based off-island and unable to land in Alderney in adverse weather conditions such as fog or crosswinds prevailing when a casualty arose in Alderney or an expectant mother entered labour early.

I note that Option C is supported by Ian Carter who is a retired schoolteacher and submits no independent expert evidence in support of his recommendation. 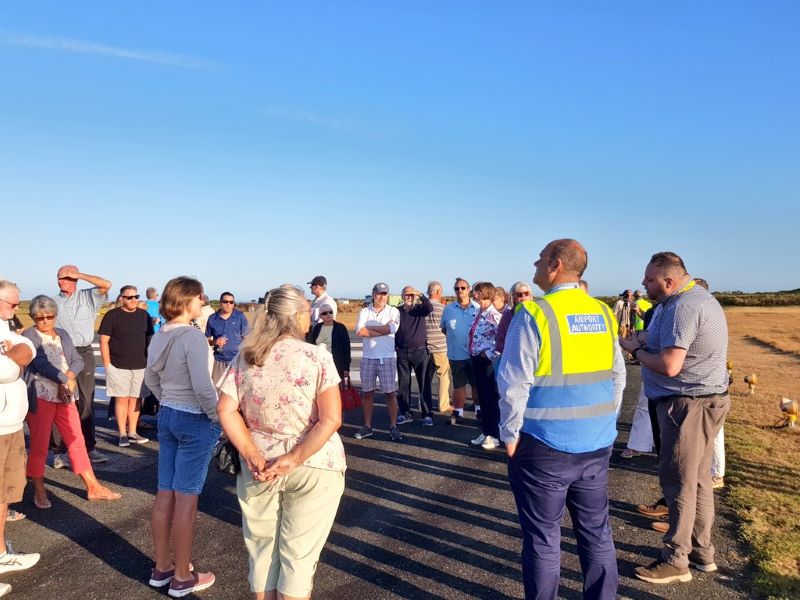 Pictured: Public engagement on the runway issue has been high.

I met with Steve Roberts and Alex Snowdon on 30 May 2022 to discuss Option C and we had the benefit of John Cadoret’s presence at our meeting whose 35 years’ experience as Operations Director of Aurigny offered sound expert guidance and confirmed that from its inception in 1967 to 2003 when Aurigny was sold to the States of Guernsey STSB Aurigny had operated the BN Islander and Trislander aircraft and had made annual profits year on year and paid tax to Guernsey Exchequer as did its 100 or more aircrew and ground staff.

The flexibility of the smaller (8, 15, or 19 passenger) aircraft enabled Aurigny to serve the needs of the three islands and also to provide emergency medivac at cost price having at least two aircraft based on the apron in Alderney overnight every night 24/7 with no question of their being shut out by fog or cross winds. Seats of aircraft were removed and stretchers substituted and the patient transported to Guernsey in a matter of 35 minutes.

Following Aurigny’s purchase by STSB Aurigny bought an Embraer 195 and ATR42 and ATR72 and Dornier 228s and the loss of profits was blamed on “the Alderney routes” which had previously been served profitably by the smaller aircraft. Neither the Embraer nor the ATRs could provide medivac. The current proposal to lengthen the runway and fly ATR72s would be to repeat the same error and the ATR72 would fly less frequently and would never be able to fill its passenger capacity of 72.

Our meeting with Steve and Alex on 30 May concluded with their challenging the view that lengthening the runway and buying ATR72 would be flying in the face of experience and would lead to loss. They asked three questions 1) Will the CAA maintain the “Single Pilot Exemption” 2) Query necessity to adopt Option C and lengthen the runway and 3) Medivac by Gamma Aviation.

I have received no reply from Steve or Alex. Option C should be rejected as also concluded by Guernsey Aviation Action Group (GAAG) in paper submitted by STSB and P&R Oct 2022