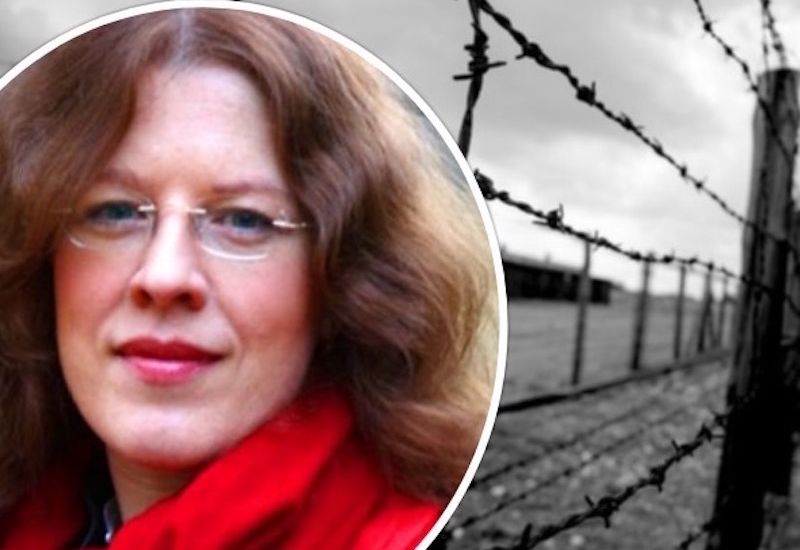 Deputy Chris Le Tissier's criticism of Holocaust historian Dr Gilly Carr for being 'non-local' was not the first time someone has told the academic to 'leave Guernsey history alone'. But after years of sharing life-changing wartime histories of Nazi persecution, Dr Carr has vowed to continue shining a light on the untold stories of Guernsey's Occupation.

"Many readers will have seen the recent news about a local deputy who has admitted responsibility for sending offensive messages on social media, under a pseudonym, to various people, including me.

He suggested that I should ‘leave Guernsey history alone’ because I am ‘not local’. This article is my response, as a historian of the Occupation and the Holocaust, and as the Channel Islands’ representative to the International Holocaust Remembrance Alliance.

This is not the first time that I have encountered this form of misunderstanding of (or failure of imagination about) how and why historians do their work. Let us start at the beginning by tackling the misapprehension that someone must ‘be local’ and to have lived through the historical event about which they write.

One need only pause for a few seconds and apply that to any other historical period to see the ridiculousness of this suggestion. Must I be from the Crimea and have lived through the Crimean War to write about it? Or from South Africa to write about the Boer War? Am I barred from researching ancient Egypt because I am not Egyptian and did not live thousands of years ago? Very obviously not.

As it happens, as many know, I am from a Guernsey family. My forebear Jacques Marriette was a Huguenot refugee who came to Guernsey in 1680. He married Olive Hamon from Sark, who was from the de Carteret family. My maternal great-grandparents stayed in Guernsey during the Occupation but my grandparents evacuated so my grandfather could join the army. Seven members of my father’s family were deported from Guernsey and interned in Biberach from 1942-1945.

Does this qualify me to write about the Channel Islands and the Occupation? It neither qualifies nor disqualifies me; it is entirely irrelevant. Certainly my Guernsey history draws me to the island; most of my relatives live there. But this has no impact on my skills of research as a historian. These skills and this knowledge (and my three degrees, 70+ publications and many years of experience in my field as a Cambridge academic) qualify and enable me to write about the Occupation, not my ancestors and relatives.

Pictured: Comments made to Dr Gilly Carr by Deputy Chris Le Tissier, who was posting under a pseudonym.

What about the command that I ‘leave Guernsey history alone’? This is not the first time that a Guernseyman has ‘told’ me this, as if it was in their power to direct my research interests. Is this the same misogyny as that once displayed towards me by a Daily Telegraph male journalist who thought that he was more expert than me in this area because he had written a fictional novel on the Occupation?

Let me explain why I will not be leaving Guernsey history alone, and this is the crux of my feelings on the matter. My research focuses on victims of Nazism of the Occupation: the political prisoners sent to Nazi prisons, labour and concentration camps, the Jews, and the slave workers.

Very few people had spoken up for these people before I began my work, though I do not claim to be the first to write about them. My last three books (on resistance, on victims of Nazism and their experiences, and on Guernsey and Jersey prisons during the Occupation) has focused on their stories.

In 1966, Frank Falla’s book The Silent War, which detailed his experiences in Guernsey, Frankfurt and Naumberg prisons during the war, was published. In this book, he wrote about his work in getting compensation for Channel Islanders who had had experiences like his.

In 2010, 44 years later, I tried to track down his children to see if they had his archive (which they had). In all that time, no local had thought to try to find this archive.  No local had tried to follow up the story of every deported Islander. If it was left to the ‘true born Guerns’ like the local deputy in question, Frank Falla’s archive would still be sitting in his daughter’s wardrobe.

Thanks to Frank’s daughter Sally and her generosity and openness in sharing her father’s archive with me, I created the Frank Falla Archive (www.frankfallaarchive.org), which tells the story of every single Channel Islander deported to Nazi prisons and camps, a valuable educational resource for Channel Islands’ schools and for families. Frank’s paperwork enabled me to find the missing bodies of Joseph Gillingham, Sidney Ashcroft and Charles Machon of the Guernsey 8, as well as Joseph Tierney of the Jersey 21.

" If it was left to the ‘true born Guerns’, Frank Falla’s archive would still be sitting in his daughter’s wardrobe"

I have been able to share wartime histories of Nazi persecution with many Islanders who had no idea what their fathers, mothers, grandfathers or grandmothers experienced during their imprisonment. This has been life-changing for those involved; they have told me so. I will continue to do this work, no matter what I am ‘told’.

Without outside intervention, the experiences of these victims and survivors of Nazism would remain untold. At a time of growing right-wing nationalism in Europe, it is important that we choose our sides: the persecuted or the persecutors. Whose narrative do we choose to perpetuate in the stories we tell of the Occupation? Whose heritage and memories do we champion in museums and memorials? What lessons do we wish to pass on to the next generation? Do we not wish them to stand up against those with evil ideologies and to do what they can to help the oppressed?

I have chosen my side; I know whose stories I will amplify. This includes the Guernsey policemen, deported in 1942 to a series of Nazi prisons and concentration camps across Europe. The way they were wrongly treated by both the Germans and the local politicians in 1942 continues to cause pain to their families today. Every other formerly occupied country in Europe has had to face up to wrongdoings during its dark past. Jersey did this in 1995 under former Bailiff Sir Philip Bailhache. Why should Guernsey be exempt? It’s time to face up to the uncomfortable truths of the past, and I will help as much I can."