LETTER: We need to reform our Bar Law 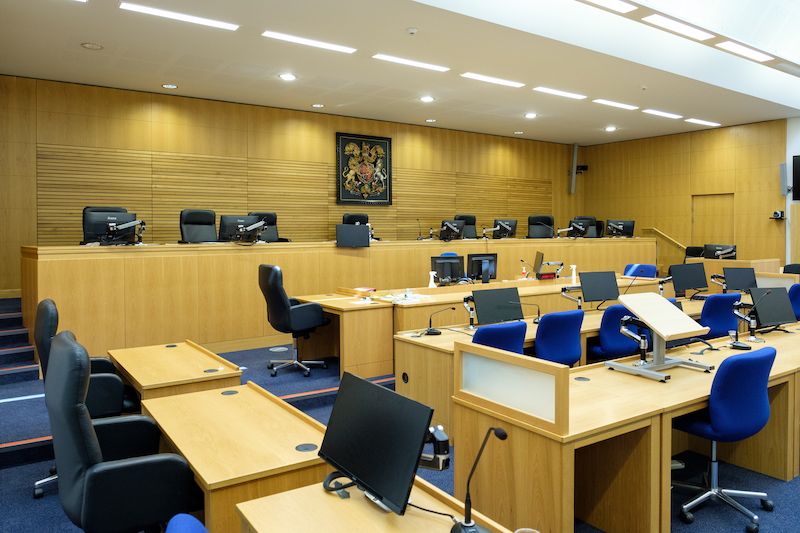 LETTER: We need to reform our Bar Law

Guernsey needs to reform its Bar Law in order to increase its attractiveness to international business, create new opportunities and serve the public interest by relaxing the current restrictions on free speech, according to local investment actuary Martyn Dorey.

"In this increasingly competitive world, you have to ask ‘where do I stand against my competitors?'

Information technology now makes it possible to compare the legal frameworks of offshore jurisdictions at the push of a button.  This presents an opportunity for Guernsey to ensure it has positioned itself as the jurisdiction of choice for offshore legal services against our competitors.  In this regard, a cornerstone of a first-class legal system is the ability to demonstrate that you have an effective disciplinary process in place.  Of course, the majority of Advocates conduct themselves with honesty, ethics, skill and integrity, however as a lay person I believe that there are two questions we should ask.  Firstly, what should we expect from Guernsey’s Bar Law? And secondly, is the disciplinary system effective?

Economies with high levels of trust attract capital, have lower frictional costs, enjoy higher levels of investment, and operate with a higher demand for goods and services.  For these reasons, upholding public trust is often set as the key objective for a public or professional institution.  This means that when a professional body has to choose between two competing demands, a path should be navigated which will enhance rather than erode public trust.  It is informative that upholding public trust does not currently form a part of the Guernsey Bar’s objectives.  By comparison, public trust is a key objective of the UK Bar, and also our competitor jurisdictions’ legal frameworks.

To operate with good governance

Governance is also featured strongly in professional bodies’ objectives.  However, the goal posts on governance are constantly moving.  Over recent years the UK, France, Jersey and the Isle of Man have implemented changes to their laws; setting out higher levels of governance, with increased independence, transparency and accountability.  However, over this same period we have not seen similar movements in our own Bar Law here in Guernsey.   A responsive approach to our Bar Law is required because we live in a global economy, and capital tends to flow towards jurisdictions with higher levels of trust and governance.  In addition, it is increasingly easy to identify markers of good governance, and we should be alert to where we sit relative to our trading partners and competitive peers on the global stage. 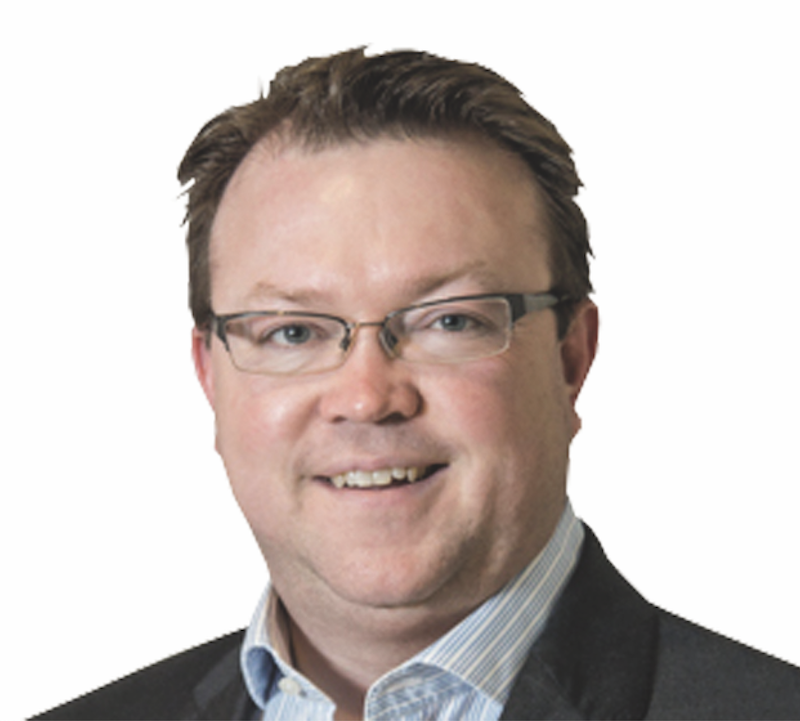 To be aware of wider industry standards of governance

Another factor is the governance standards of non-legal institutions.  For example, government bodies, listed companies and professionals such as doctors, surveyors, vets, auditors, accountants, and actuaries are all aiming to uphold public trust and function with good governance.  If these non-legal professionals, for whatever reason, find aspects of Guernsey’s legal governance to be below their own high expectations, then their trust in the Bailiwick’s legal system is eroded.  Therefore, the ethical and governance practices of other professions need to be taken into account when reviewing one’s own professional standards.

To operate with sufficient levels of resource

Similarly, the legal oversight of Guernsey must be sufficiently resourced.  The good nature of many advocates in Guernsey is evidenced by the large number of Advocates generously giving up their time to support the Bar.   However, resources to support our legal system should be benchmarked against our trading peers.  It is apparent when looking at other comparable jurisdictions, notably Jersey, that they are better resourced.  Many jurisdictions like Jersey bring together all legal services together under one umbrella, not just Advocates. They do this through a law society, which broadens membership and achieves a critical mass for resource.  In terms of research, policy development, culture, ideas and resilience, there is strength in numbers.

The Bar is responsible for maintaining effective complaints and disciplinary procedures.  The officers of the Chambre de Discipline are drawn from the Bar, and indeed many officers of the Crown and Judiciary were at one time active in local Advocate’s firms. This makes the Bar a self-regulating body, and the small legal population presents a series of conflict challenges in administering a fair disciplinary process.  This is in contrast to other professional bodies, who, over the last decade have consistently gone further to improve the independence of their standards and complaints bodies.  The establishment of the Guernsey Police Complaints commission is one such example, it has oversight over local law enforcement officers, and reports to the Home Office, rather than the Chief of Guernsey Police, which gives it independence.

Hearings should be conducted ethically

As a public body the Chambre de Discipline would be expected to conform to Guernsey’s Human Rights legislation which was brought into force on 1 September 2006 before the Bar Law was passed by the States of Deliberation.  The Human Rights Act 1998 article-6 sets out accepted principles for an ethical hearing:

a)     is held within a reasonable time

b)     is heard by an independent and impartial decision-maker

c)     gives you all the relevant information

e)     allows you representation and an interpreter where appropriate, and

In order to objectively assess whether there is an ethical disciplinary framework in the Guernsey Bar we can compare these ethical principles against the legal provisions made for the Chambre de Discipline. I believe we meet (b) above and have independent and impartial disciplinary hearings; however, the Bar Law clashes with the remaining points. To meet current international expectations we should iron out all conflicts with the ethical principles listed above.

In a functioning democracy, the freedoms of the press form an essential part of ensuring checks and balances on public interest matters are met.  However, as it stands, if you publish a matter of the private hearings of the Chambre, you carry the risk of a six-month imprisonment and a hefty fine.  Naturally, this clashes with Human Rights legislation, and it also discourages complainants from stepping forwards, or generally, speaking out.  A better model would be to encourage complaints, and permit lawful, responsible free speech.  Notably, leading jurisdictions place emphasis on protection of the complainant rather than the Advocate, and I think we should learn from that.

Comparisons with other jurisdictions

If we are to match or exceed professional standards in the Isle of Man, Jersey, the UK Solicitors Regulatory Authority, the UK Bar, the French Bar we will need to meet or exceed competitor jurisdictions standards on the following points:

Public trust as an objective; greater transparency; more independence in the oversight of governance; demonstrable accountability; more external input; broader time windows in which to make a complaint; transparency on timings and resources dedicated to investigating complaints; lower burdens of proof; internet accessible records on Advocates and sanctions on legal practitioners; and in the main, public hearings and records of disciplinary proceedings.

A good indication of the effectiveness of a regulator is the track record of complaints received and how they are disposed of.  When it comes to disposing of complaints, all regulators need to demonstrate that they are fair, and when required, have the “teeth” to deliver sanctions.

For example, Jersey looks like it has slightly higher sanction rates than the Solicitors Regulation Authority (SRA) in the UK.  It is hard to make a direct comparisons for the Isle of Man but over the last three years, the Isle of Man handled between 12 to 17 disciplinary hearings a year, with around 10% of these cases resulting in some form of sanction.

It is a public interest concern that over the last 12 years in Guernsey there have been only two sanctions, a public rebuke, involving a notice pinned to the notice board in the Royal Court, and a private rebuke.  If discipline was to be on a par to the UK, you might expect to see 12 sanctions, equating to roughly one sanction a year.

Our record of Advocate disciplinary sanctions stands out as being significantly lower than UK sanction rates.  Guernsey is statistically, an outlier.  This is important because low disciplinary outcomes carry substantial weight in assessing the effectiveness of a disciplinary procedure.

In summary, there are many points to consider.  However, to enhance our attractiveness to international business; to create new opportunities; and to deliver our local public interest; we need to reform our Bar Law.  We must demonstrate that we can command the highest levels of public trust against our competitor jurisdictions.

Opinions are my own."

Second charity calls for States to get on with Capacity Law