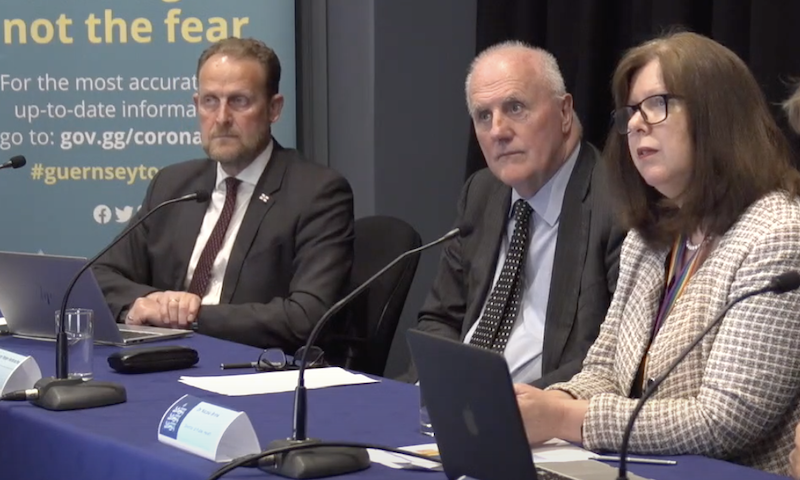 Those entrusted with emergency powers for 15 months should not take liberties with the regulations they have created, writes Tim Chesney, who says the 'Gatland-gate' saga is like a "modern day morality tale".

"There was once an all powerful committee called the 'CCA' that exercised near absolute powers over the population of a small and isolated island called Guernsey. They imposed very strict Covid regulations on the people, and woe betide those who broke the rules; they were punished very severely if they did. Even end of life moments were rejected as a reason to allow a relative to visit the island.

And then one day there were rumours that a celebrity had visited the island to meet and to eat with those people who exercised the near absolute powers and with some of their advisers as well. There was shock and dismay in the little community when they heard this, and questions were asked. Have the rules been broken they cried? No, the rules were not broken said the CCA after the celebrity had left the island.

In fact these very powerful people issued a press statement to confirm that all the regulations that they themselves had created for the rest of us all to follow, were adhered to during the visit: 'this was a short visit over two days that was very tightly controlled....measures including remaining in a hotel room with room service for meals were put in place' etc.

The problem for the CCA was that the media then discovered that this statement was 'shown to be untrue' and that the rule makers had indeed been rule breakers.

The people living on the small island could not quite believe this hypocrisy because they knew that if they had done the same thing they would have faced very serious punishments and probably ended up in prison.

Some people even dared to write to the newspapers to express their concerns and to point to the truth. One person wrote a letter under the title 'The CCA dropped the ball over 'Gatland-gate' and it took 17 days for it to be published by a newspaper called the Guernsey Press because the paper felt they must wait for the CCA to reply at the same time.

Deputy Ferbrache who was very important because he was the Chairman of the CCA, replied but he ignored all the facts that had been raised in the letter. In fact his reply was defensive, and from his tone it was clear that he was very angry indeed with the naughty person who had written the letter.

Instead of addressing the issues in the letter, in his reply Deputy Ferbrache seemed to be suggesting that it was horrible and even mean to criticise the people involved in the scandal because they had 'worked so incredibly hard for more than a year and in their spare time', presumably forgetting that many other people in the community work incredibly hard every day including in their spare time and still, remarkably, abide by the rules.

He also of course seemed to forgot that when people are entrusted with near absolute powers under emergency power regulations for 15 months it behoves them to act wisely and not to take liberties with the regulations that they created, and especially liberties which have been denied to all others under the threat of considerable penalties.

It seemed that the CCA had successfully put a lid on the story and relegated it to a sort of irritating 'non story', until Private Eye magazine picked it up. Private Eye is the UK's best-selling current affairs and satirical magazine with a readership of over 700,000, and it has a well earned reputation over 60 years for exposing abuses of power and  hypocrisy by those in authority, and doing this without fear or favour. The 'Rotten Boroughs' section of the current issue of the magazine has this to say about the CCA:

'There have been strict controls on travel to and from the island, including a bar on people who live in the UK returning to visit sick relatives or attend family funerals. This has caused much distress. Despite its authoritarian stance, the CCA has proved flexible at times. Over the Easter weekend the British and Irish Lions rugby coach, Warren Gatland, visited Guernsey ..... in answer to complaints that an exception had been made for a sporting celeb, the CCA said Gatland had been subject to strict social distancing and had taken all his meals alone in his room. Alas this was not true. It quickly emerged that starstruck local bigwigs including director of public health Dr Nicola Brink, States of Guernsey Chief Executive Paul Whitfield and CCA president Peter Ferbrache, met Gatland for lunch and dinner ... and then carried on as normal without self isolating after his departure ....out of the frying pan into the fire.'

So at the end of this morality tale those who had betrayed the trust of a little community were shown up on a national stage for what they had done, and the truth about what had really happened was exposed to a very large national audience, and they could not stop the truth from being published. Will someone resign? That is the only element that is now missing from this very modern morality tale."