LETTER: It's time for the CCA to be disbanded 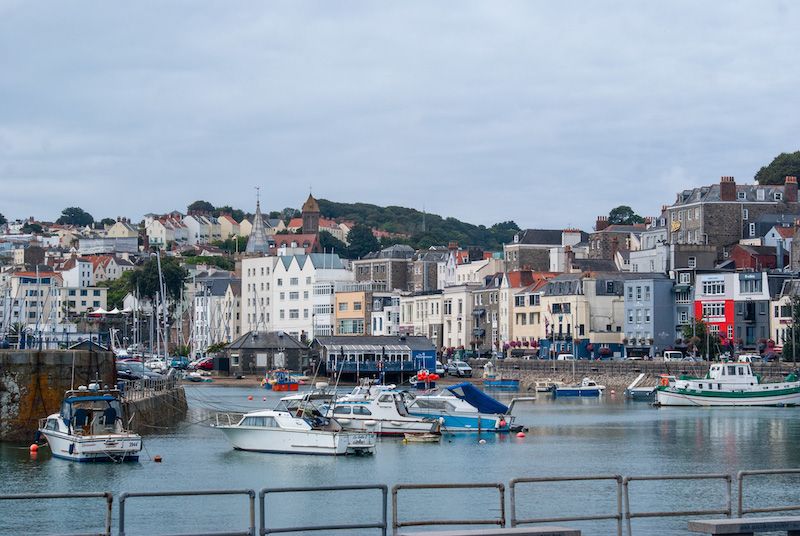 LETTER: It's time for the CCA to be disbanded

The CCA is past its sell-by-date and should be disbanded, writes Tim Chesney.

"The cat is out of the bag in Scotland with Nicola Sturgeon announcing in ominous totalitarian style the retention of emergency powers for the future as 'an opportunity to maintain changes that have been welcomed by people who now don't want to lose transformations that have been innovative'.

Well, there is patently no emergency in Guernsey, so when will the CCA relinquish its absolute powers and let the island revert to a functioning democracy? If things continue as they are at present then perhaps the CCA - which exercises near absolute powers often erratically, with no transparency, no proper scrutiny, brooks no dissent and is wont to indulge from on high in ad Hominem attacks on those who criticise it - should perhaps be renamed the 'Presidium'.

The elected deputies should be questioning as a priority why these absolute powers are still exercised by a small committee that is a law unto itself, but they are not doing that. I believe that an urgent reality check is needed or we may as well dispense with the pretence of Guernsey being a functioning democracy.

The CCA was exposed by the local and national media as making a crucial statement over the 'Gatland-gate' scandal that 'was later shown to be untrue'. This seriously damaged Guernsey's reputation on and off the island, discredited the CCA, forfeited their moral authority and many people's trust in them, and those responsible should have resigned as they would have had to do in any normal democracy where actions are scrutinised and accountability prevails.

Having followed a course not dissimilar to the futile Zero Covid elimination strategy in Australia and New Zealand (leaving those countries as sort of hermit states, a policy that is now more or less universally seen as discredited) - which completely isolated and almost suffocated Guernsey and sectors of the local economy for a very long time - the CCA then failed to open the island in April this year with necessary mitigations, as Jersey did.

The CCA then flip-flopped into a shambles of its own making when the long-awaited opening of the island on 1 July descended into farce because of their knee jerk reaction and with no proper joined-up thinking being applied to the practicalities, and it was followed by a humiliating U-turn that was the essence of incompetence in motion.

In the process of this chaos they pretty much crashed the summer season for the island, destroying the holiday and family reunion plans of so many local families and visitors alike.

The CCA then decided to wait until 16 August to open the island to double vaccinated European visitors and local residents returning from Europe. The CCA announced many months ago that they would extend furlough to the hospitality sector until March 2022 so one doesn't have to be too cynical to see the 16 August date (two weeks before schools return) as a stratagem to make sure that there was never going to be a proper summer season of holiday travel, at least for most local people with young families or for visitors to the island.

With their record of erratic decision making, there is little confidence from one day to the next about what unpleasant surprises the CCA may decide to spring on us, so confidence in what is said by them has drained away. But then the 'welcome' visitors receive on arrival in Guernsey is hardly an enticing prospect, with coloured wrist bands, barked orders and hazmat suits to greet them and, of course, a travel tracker that is so byzantine that it appears designed to deter anyone other than the most determined from attempting an arrival on the island.

Meanwhile, Jersey has enjoyed a buoyant summer season - as I have seen with my own eyes - starting in April and picking up quickly as spring and then summer progressed with travel restrictions eased or removed and pragmatism being the underpinning principle for many months now, including, for some considerable time now, no quarantines for double vaccinated visitors arriving from Europe. Result: 20 or more mainly full flights a day from 15 or so different airports for several months now in Jersey, hotels full, visitors everywhere, and a busy marina with boats from France and many other European countries.

Oxford's Prof Andrew Pollard has said that the emergence of the Delta variant has dismantled the case for any pretence of a so called 'Zero Covid' strategy. The Government's Chief scientific advisor Andrew Hayward advises that herd immunity will not be reached because the vaccines are not able to prevent all transmission. Covid is an endemic disease much like flu is and as are a multitude of other illnesses, and it will circulate globally for the indefinite future.

The consensus from leading experts in the UK is that with vaccine or natural immunity protection now the best we can hope for, we must get on and live with the virus - and certainly if we don't embrace this approach in Guernsey in earnest now then we will continue to live in a sort of twilight zone and in the rearview mirror of other places with pragmatic leadership, including Jersey, as they continue to move on and power ahead.

The CCA's policy of Zero Covid/elimination under a 'Fortress Guernsey' banner for so long, has been the cause of a very significant amount of the deficit because it has hampered Guernsey as an international finance centre, and in other business sectors as well, and it has driven away - and is still driving away to this day - leisure and working visitors to sunnier shores, often within just 20 miles from here, where their business is more welcomed.

We see and hear endless wrangles in the States about the mountain of debt and how to pay for it, but the elephant in the room is that most of the eye-watering debt that is now threatening to sink the island is attributable to the CCA's response to Covid and the collateral damage it has caused to the island. Every day, week and month that has passed by with the door over here either kept locked or only just left ajar by the CCA in unwelcoming fashion, has added so many millions more to a debt pile that will hang like a lead weight on the shoulders of future generations, as will the tsunami of lockdown related mental health issues, many of these in younger people. Why do our deputies not challenge what is happening? Why have almost all of them seemingly gone AWOL on these most important questions of all?

The policies pursued with zealotry by the CCA are frequently seen as hostile by locals and visitors alike, and they have sown irrational fear, because risk has never been put into any sort of context. For example, it has been reported in local media that some restaurants and other businesses are refusing entry to visitors who have arrived in Guernsey within 14 days, for fear of contagion.

People arriving with incorrect paperwork have been locked up or sent away, such as that experienced by two fully vaccinated Jersey residents who arrived on a small motorboat on the distinctly unwelcoming plague pontoon in St Peter Port harbour. With all the flip-flopping and muddle emanating from the CCA these people had not realised 10 days ago that unlike arrivals in all other places in the CTA, they needed a negative supervised lateral flow test taken in Jersey before arrival in Guernsey.

Despite their protestations that it was too rough to return to Jersey into a force 5 headwind they were directed to go away. That was of course appalling, as was the experience of the captain of a UK sailing yacht caught in a storm heading from Jersey to Dartmouth who asked for safe haven in St Peter Port and was refused. These and stories of so many other similarly distasteful incidents now circulate widely especially in Jersey and in ports on the south of coast of England, with people being warned to stay clear of Guernsey and head to Jersey if they want to receive a warm welcome.

Guernsey under CCA rule is having its previous reputation as a friendly and welcoming island very badly damaged, and sadly the CCA's unfriendly protocols and attitude have permeated to the front line and this is translating into these types of incidents.

Recently, Dr Bridgman the former Medical Officer of Health took Dr Brink to court. He may have lost the case, but I believe many people will conclude that he won the moral argument, and in the process a great deal of respect locally for having the courage to put his head above the parapet and do as he did.

He eloquently exposed what so many of us know so well from experience, which is that much of the CCA's decision making is arbitrary, it lacks proportionality and they pay scant regard to Human Rights, and he has perhaps made people realise that it is the time for a change of direction.

I think that the CCA has damaged the reputation of the island, it is not fit for purpose, it is certainly past its sell-by date, and it should be disbanded. And of course, if it is allowed to continue with accretion of powers as each new set of Regulations comes into force democracy, as we once knew it, will become an increasingly distant memory."