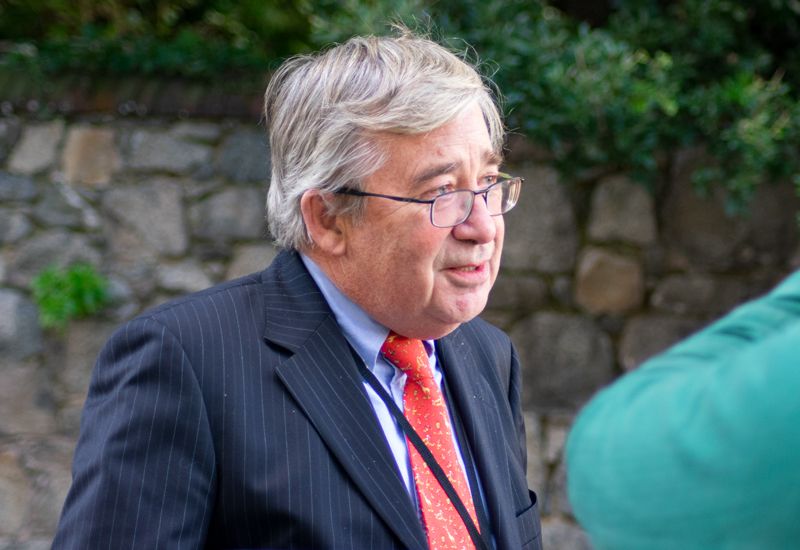 I have received so many outraged emails regarding the proposals from Deputy Roffey and the Committee for Employment and Social Security extending his disproportionate “anti-discrimination” legislation that I am finding it difficult to answer them all. That these proposals could lead to the closure of our Catholic schools is worrying, to say the least.

I would not expect such proposals to be brought forward outside North Korea or the People’s Republic of China. The problem for the rest of us is that the unrelenting campaigners in our Assembly bring forward this sort of legislation under the guise of “anti-discrimination” measures. And none of us can vote against them, can we? If we do, we must be horrible, uncaring people. They won’t like us on Twitter. Well, so be it. This time some of us will be calling out this hypocrisy. We have no choice. I am very pleased to support Deputy McKenna in his sterling efforts to save these schools.

Unless we reject these dreadful proposals, we run the risk of losing three much-loved schools with 150 years of history and service to the people of Guernsey, and not only Catholics. On top of that, throwing over 800 pupils into the States’ system with uncalculated disruption and cost to the States/taxpayers.

Has Deputy Roffey consulted the parents and students who chose to go to a Catholic school about what they want?

We will be voting to amend this proposal to allow the Catholic Schools to continue indefinitely. I hope we will have enough support from other Deputies to prevail on this. We must draw a line.

The point of principle, of course, applies to all religious schools. The next target one might predict will be private education and the Colleges generally on the grounds of “inequality”. The double-speak knows no bounds. “Ask not for whom the bell tolls…”.

If we fail, the matter may well be challenged in the Courts based on a clear breach of the European Convention on Human Rights (Article 9 and Article 2 of Protocol 1) at further cost to the States/taxpayers.

Article 2 of Protocol 1 clearly provides: “No person shall be denied the right to education. In the exercise of any functions which it assumes in relation to education and to teaching, the State shall respect the right of parents to ensure such education and teaching in conformity with their own religious and philosophical convictions.”

A most fundamental freedom is at risk: the right of parents to choose how to educate their children. Such a threat to liberty must be recognised for what it is.

Guernsey is, broadly, a small, caring society with a social conscience. We look after the less fortunate who would otherwise be left behind as evidenced by the extensive charitable work undertaken here. I think it fair to say that most of us are in favour of equality before the law and of opportunity and would be against gratuitous discrimination of any kind. It is really not necessary or desirable for Government to impose draconian laws that, if disproportionate and overreaching, as in this case, begin to cut across our traditional freedoms and the very fabric of our society.

Are we a free people or not? There are vital issues at stake here that go far beyond the survival of our Catholic schools. This particular issue does, however, clearly spotlight the very real risk of dictatorial legislation being slipped onto our statute books with very bad consequences indeed.