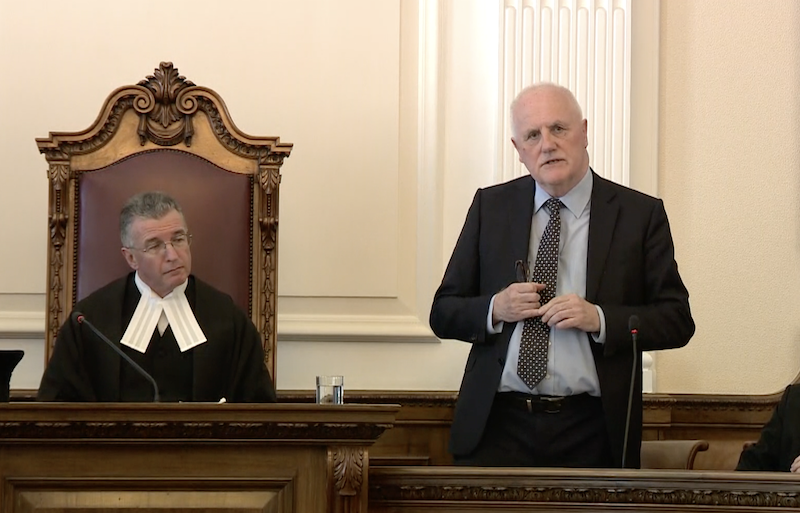 Having been labelled a "bully" by Guernsey's Chief Minister for his criticism of some of the Civil Contingencies Authority's decision-making, Tim Chesney has penned his thoughts on Deputy Peter Ferbrache's outburst in the States' Chamber.

"Commenting on Deputy Ferbrache's threats of legal action for defamation against two unnamed people who apparently exercised their democratic rights to make a formal complaint about Deputy Ferbrache to the Code of Conduct Committee over the 'Gatland-gate' scandal, Lyndon Trott put it very well when he said: "my advice to Deputy Ferbrache is that you need to grow up and leave that alone".

Some people may conclude that Deputy Ferbrache demeans his office by making such threats, and that it is unwise of him to do this. Gavin St Pier observed that: 'we should endorse the right of the public to use that process (a complaint to the Code of Conduct Committee) and I think that threats of civil action are not helpful in reinforcing to the public that they have rights to challenge us'.

The Bailiwick Express reported that during the States meeting on 14 July Deputy Ferbrache also "referred to one complainant who actively criticised the Chief Minister and the CCA". What Deputy Ferbrache in fact did was to name me in the States and to call me a 'bully', and he did this under the cloak of parliamentary privilege.

I am sure that the exquisite irony of that comment by him will not be lost on most people; it really is the very essence of the pot calling the kettle black! It is surely inappropriate for the Chief Minister of Guernsey, who is also Chairman of the CCA, to use the platform of the States of Guernsey to vent his vitriol on a member of the public in this way.

Yes, I have exercised my right in a democracy to express my opinion in criticising Deputy Ferbrache and others when I feel it is necessary. Among other things, I have questioned the lack of proportionality that has often been seen over the past 17 months and the near absence of transparency, the lack of any proper scrutiny, and pointed out the collateral damage caused to the economy and to our society, and particularly to younger generations - and all of this will be a very sad legacy.

Many people I know share these concerns, but they have not felt comfortable expressing their views in public. I wonder why they don't feel comfortable doing that. Perhaps they read the responses in the newspapers written by Peter Ferbrache, hear his threats, and now they see the deeply unpleasant outburst by him in the States when a constituent is singled out - and all of this could, just possibly, be interpreted as a warning not to challenge him, or to scrutinise, or to try to hold those exercising near absolute power to account.

The 'Gatland-gate' scandal was self-inflicted by the CCA and it damaged the CCA's reputation badly and therefore the Guernsey government's reputation, both on and off the island, including by attracting detrimental coverage of the Chief Minister and the CCA in the 'Rotten Boroughs' section of Private Eye magazine in May. 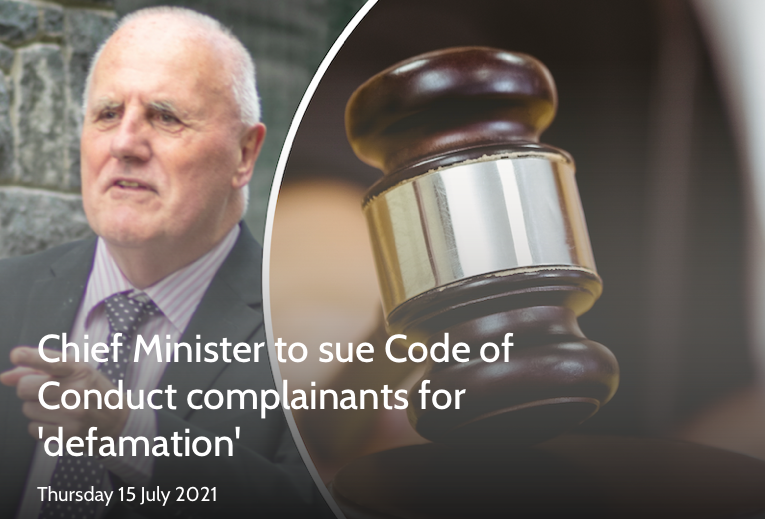 The facts and the important timelines proving what happened in the 'Gatland-gate' scandal were uncovered and reported on in some detail in the national media, and by independent local media, and everything is therefore already out in the public domain, and those facts, however embarrassing for those involved, speak for themselves.

Finally, and especially given what I write above and what we have heard this week from the Chief Minister, I quote below from another very damaging piece about the CCA and the Chief Minister in the current issue of Private Eye magazine (out on 9 July), again in the 'Rotten Boroughs' section of the magazine and under the heading 'Cash for Questions':

"Following the story about how senior Guernsey States (parliament) deputies and civil servants had ignored their own strict covid rules in order to entertain Warren Gatland - and then lied about it - there have been calls for a Freedom of Information law similar to the UK's to apply to the Bailiwick where the CCA, which has given itself emergency powers during the Pandemic, is widely disliked for being authoritarian and secretive.

Chief Minister and CCA President Peter Ferbrache, however, says the States is "wasting its time discussing Freedom of Information... something that very few people are interested in". He certainly isn't. The "Gatlandgate" cover-up would have left CCA members open to unwelcome scrutiny were there to be an FOI law. In any case, says Ferbrache, FOI is unnecessary "because the States is already open, transparent and ethical'. So that's all right then!

Meanwhile the island's social care president Al 'I don't know where I signed up to oppenness and transparency' Brouard tells deputies he regards press enquiries as impertinent and time wasting. He suggests charging the media and business for asking questions. Brilliant!"

So there is yet more high profile and detrimental national coverage about the CCA, its members and the Chief Minister in Private Eye - in a magazine that has a readership over over 700,000 including UK Politicians, journalists and many other influential opinion formers - and this damaging publicity about the CCA and the Chief Minister of course unfortunately links directly to the States of Guernsey itself.