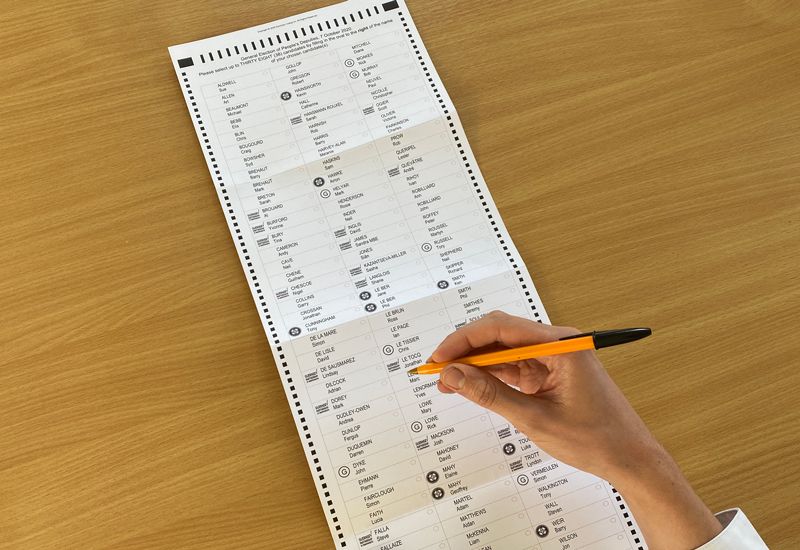 If there is just one thing about society that you are proud or ashamed of, or one thing that you want to change or protect, then you have a reason to vote.

With 118 candidates to choose from and up to 38 votes, the public’s engagement with an election is being tested like never before.

The first fully island-wide election, now just days away, is an unprecedented examination of people’s willingness to invest their time and energy into a political process that many feel ignored by.

The current States has shown the capacity to confront and debate major issues: be it the modernisation of discrimination legislation, social welfare reforms, the relaxation of abortions laws, or the unexpected arrival of an assisted dying debate.

It has also shown an ability to repeat the same mistakes as if determined to set a new record.

Pictured: Super polling stations open at the weekend, while there are also a number of parish voting halls open on Tuesday and Wednesday.

The States has arguably bottled the transformation of local education, it has paid lip service to review after review of key issues, and political infighting has reared its ugly head at the times when we most needed our States to show collective strength.

If there is just a single decision that has made you proud or ashamed of your island’s leaders, or that moved you to comment, share or just tell someone, then you have a reason to vote.

If there is just one thing about the society you live in that you want to change or protect, then you have a reason to vote.

By not voting, by not expressing your views at the ballot box, you are making the island you live in a less democratic place.

The wisdom of moving to an island-wide voting system does not need to be glorified or criticised – for now, at least, it needs to be accepted.

Make sure you complete & return yours by 8pm on 7 Oct #CountMeIn pic.twitter.com/k8vwNHkYm7

Pictured: If you have applied for a postal vote, you will not be given a ballot paper if you turn up at a polling station. However, you can hand-deliver your postal vote to a polling station any time before voting closes at 20:00 on Wednesday 7 October if you missing the postal deadline.

Its success will depend on whether people take the opportunity it presents – the chance to vote for whoever you want, unrestricted by parish divides.

It also presents the unique challenge of having to choose who you think is worth employing out of 118 job applicants.

I'm not trying to underestimate the time and effort required to start working through that many manifestos and attempting to judge the character of that many people - it has been difficult, and for those who are now weeks into that process, voter fatigue is starting to kick in.

However, there are so few opportunities to meaningfully change the way your island is governed, which makes it all the more important that you vote, whether that's for just one candidate you believe in or a full 38.

After all, the ability to vote is the truest form of democracy. The ballot box does not privilege or discriminate - your vote carries the same weight as anyone else’s.

The only person who can take that opportunity is you. Make it count.