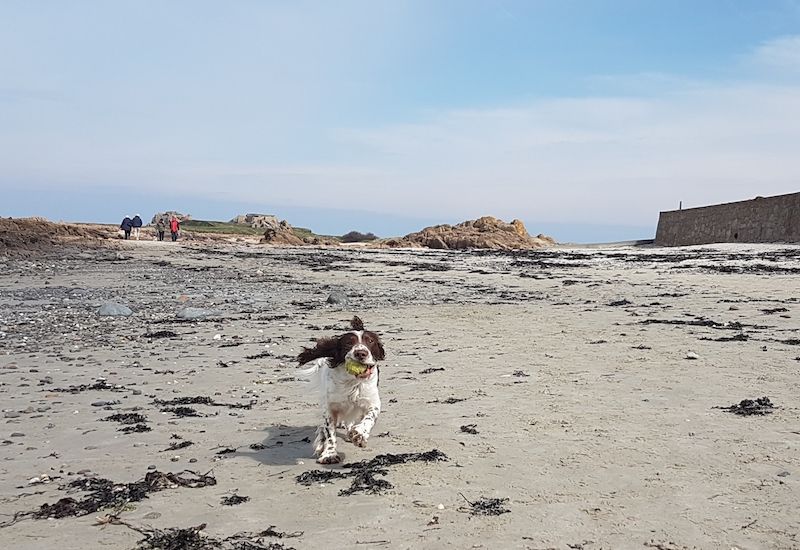 Political commentator Antony Webber has been watching the way the UK government is dealing with the corona virus pandemic, and thinks Guernsey could follow in its 'pawprints'.

Writing for Express today, Mr Webber thinks more should be done to protect the island from animal carriers of covid-19:

Britain’s dog owners have been informed about new guidelines for walking dogs.

They have been advised to ensure that their dogs only go for walks with their paws protected .

The concern is that dogs could pick up the virus and bring it into homes where they could pass it on to vulnerable adults or indeed other animals, such as cats, who could also spread it.

They have therefore been told to put new dog booties on their pets.

A source associated with the Guernsey government confirmed that they would be likely to follow suit, but felt the UK restrictions were not strict enough. 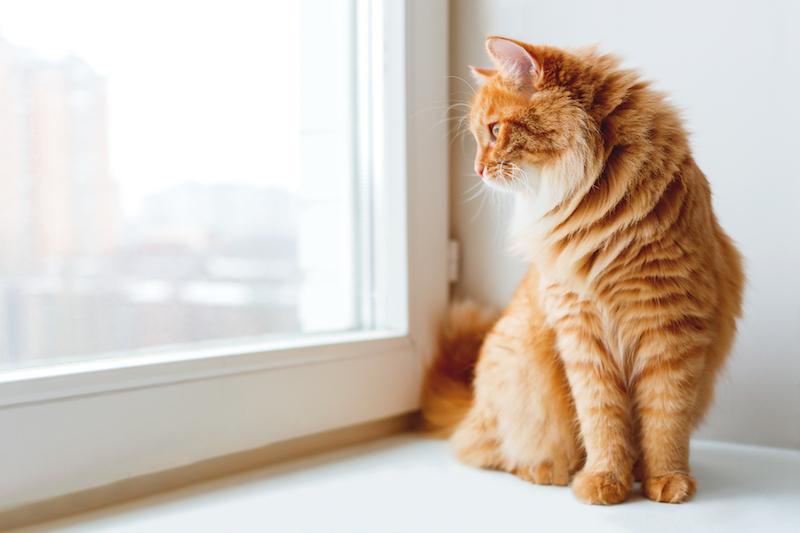 Dog owners, already having to face fines if they are caught infringing the strict rules on dog walking, such as only once a day for 30 minutes maximum and observing the two metres safe distancing rules, are concerned as to how they can comply.

These dog booties, they say, are very rare, and dogs currently only wear them if they have some medical condition or if they are recovering from a foot injury, and on vet advice.

Dogs wearing dog shoes, or booties, are almost unheard of.

The government has tried to calm such concerns by saying that five million of these booties have been ordered from a supplier in China, as their factories are operating normally, and that they will arrive in the UK in days.

Asked why no UK manufacturer had been asked to produce them, the government said that the manufacturers concerned were shut down as footwear production was deemed non -essential. However, in view of the circumstances, this was being reviewed, but they pointed out that the procedure for changing new regulations was much slower than that for bringing them in.

As long as dog owners have registered via the government’s website for their dog’s booties, there will be no £100 fine penalty imposed for infringing the rules. A government certificate of proof of order should be carried when out dog walking, to show to police when asked why their dogs are infringing the regulations.

The dog booties are available in all sizes and the dog owners’ associations have expressed concerns that the government may not have ordered the correct quantities to cover each breed of dog. They say they were not consulted and it is very likely the mix of sizes for each breed will be wrong.

The government have said that they simply ordered them in different sizes and did not take breed into account. There is also great anger at how low the government order for booties is, as they said there are actually 9.9 million dogs in the UK, and the government should really have checked their facts first. These issues, a government spokeperson said, were just teething problems, and the system would smooth itself out with time. As long as dog owners had their bootie certificates, they would not be fined. 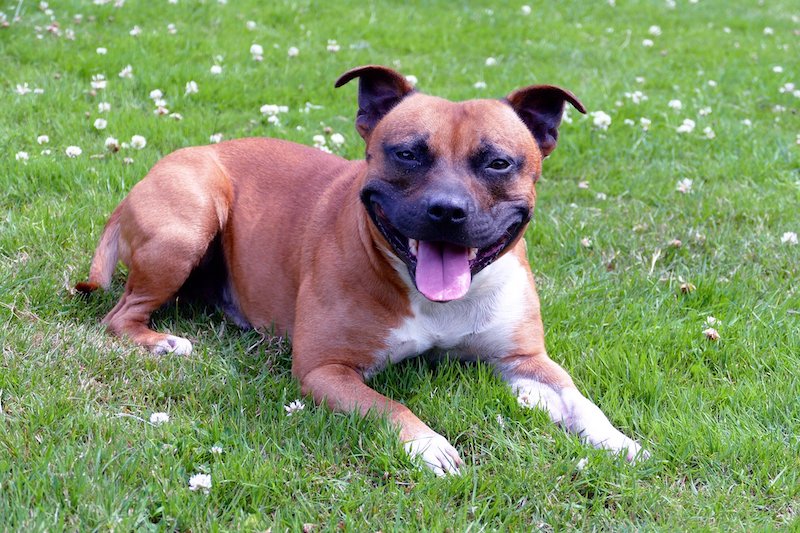 Organisations for the vulnerable and elderly have expressed concerns about the many dog owners who do not use the internet. How would they get a dog bootie certificate? The government has advised that these can now be available from vet practices and their new NHS volunteer Army would assist in all of this.

Asked if the NHS volunteers would be distracted from other roles in the fight against the coronavirus, the government said that would not be the case as dog booties were a number one priority in the efforts to curb transmission of the disease.

In response to outrage that the dog botties cost £60 a set, £15 per bootie, a government spokesman said that people were forgetting that there were four feet to be provided for, whereas humans in comparison just had two.

Dog owners have asked about those dog owners who cannot afford £60, because some had two dogs or more. For many it was a time of financial hardship, they said, and the cost of these dog booties were difficult for many to fund. They said the government seemed to have forgotten that 26% of the population own a dog and a huge number of people were affected by these dogonian measures.

The government responded by saying that they did not have a dog in the manger attitude, that they recognised the importance of this issue, and those who could not afford the costs could apply for a government grant in the same way they applied for other grants during this time of national crisis.

Cat owners’ associations have protested that dogs are being put before their cats, who they insisted should be treated equally. They maintain that cats can spread diseases much more than dogs and were almost impossible to stop roaming without putting them in lockdown too. They insisted that there were more cats than dogs, 10.9 million of them in the UK, and if anything, the cats should be put first, even though there were slightly less cat owners in the country at 24% of the population.

The government responded by saying that everything which needed to be done to stop the spread of the virus would be done. They said, their theme of “ we are all in this together” applied to dogs as well now, and would then be applied to cats, and indeed other animals.

The government spokesperson said that the same Chinese manufacturer had indicated a willingness to supply cat booties, or puss-in-boots, and a government order for millions of them was likely to be imminent. 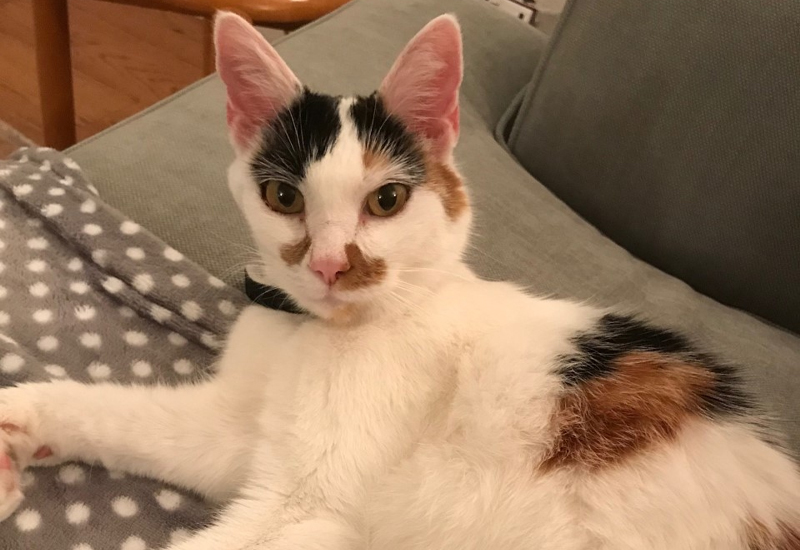 Questioned as to whether these protectionary measures were going just a little too far, the government said that all precautions had to be taken while research was still being undertaken into how much dogs and other animals were affected, whether they could be carriers, and other factors.

The government said that they hoped all these measures may just be temporary, maybe just for six months, but if there was a need they would be extended even further, in fact they could end up being permanent as the risks this virus present to the UK may never go away.

Animal owners have insisted that will not allow animal rights to be neglected now or in the future. They said that household pet owners represented 12 million of the UK’s population, with 51 million pets in total, and could not be ignored.

Posted by Anthony Webber on Apr 2nd, 2020
In respect of this article published on April 1st, I need to correct one point, and that is that I did not say more needed to be done. I am totally against any any unnecessary restrictions.

I support the Swedish way of dealing with the coronavirus-covid-19, which is to leave the
country open for business, not to destroy the economy, and to have the absolute minimum amount of restrictions whilst protecting individual liberties. I also support the similar measures taken in Belarus where they have had the grand total of one death.

I believe that sensible measures are important but that the shutdown policy of the Guernsey States is wrong and needs to be reversed as soon as possible.
The fact that so many people believe my story about further restrictions, only goes to show that they believe their government is capable of doing anything.
I have had a number of comments sent to me personally which have been interesting and also amusing. They would merit an article on their own, but some were saying any restrictions should apply to horses, as they potentially were far worse.
Some people insisted that even in these troubling times, it had to be an April Fool's story, which it is.
To place a comment please login Login »