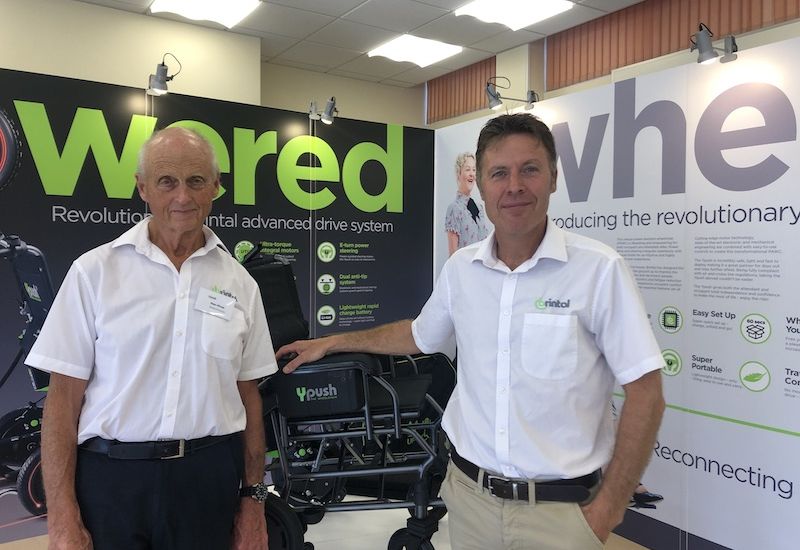 Finally, after seven years of hard work in his small workshop in St Andrew's, Brian Harrison has launched a local product that will change the lives of "potentially millions of people" across the world.

The CEO of Brintal Ltd has come up with a "revolutionary" wheelchair, which uses technology to take the strain away from the person pushing the chair, so carers and wheelchair users can go out together without having to worry.

"People ask us why this is different to a normal wheelchair and the one big difference is you don't have to push this," said Creator of the Ypush, Mr Harrison.

"There's 1.5million people in the UK in wheelchairs and out of that, half of those people - that's 750,000 - are struggling everyday to pull and push wheelchairs around. We realised, you don't see any of these people - they're invisible, because actually it's too hard to push them around and they were really being left at home.

"In 2013, we began to think, with the way the world is now and all the brilliant gadgets available, why hadn't somebody developed something so these people didn't have to push? And could we come up with a solution?"

Years later, the Ypush is now a reality and was launched in Guernsey this week, with plans to branch out to the rest of the world when possible, following the pandemic.

"We went to a show in Dusseldorf where there were people from all over the world who expressed an interest in the Ypush, so we've done a deal with someone in the USA and we've got demo vehicles going out to New Zealand, Australia and Belgium. We hope to add countries to that as we go along."

The chair uses motor and braking systems, so carers will only need to guide it and not use their strength to push it.

Sue and Tony Mollet have been using the Ypush for the last year and went along to the launch to share their story. 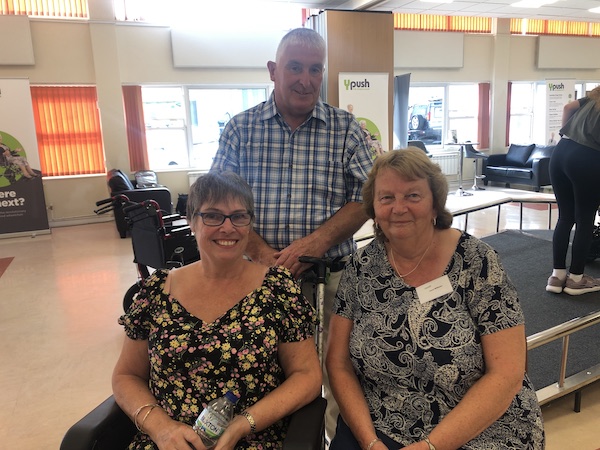 Pictured: Sue and Tony Mollet with retired Activities Carer Jan Williams, who was also impressed by the chair.

"With the Ypush my husband takes me out every time I want to go out, whereas before with the conventional wheelchair it was getting too difficult, now we're older, for him to push me in a lot of places," said Mrs Mollet. "It leaves both of us with a lot more energy to go out and enjoy things.

"I used to often say I didn't want to go out and stay home instead, whereas now I'm eager to go out.

"With a normal wheelchair you can't push on gravel, but the Ypush just goes over the gravel no problem. And the cobbles in Town were a no-go zone, it was just too painful for me and too difficult for the carer, but we go to Town quite often now."

At the moment, the St John Guernsey shop is the only shop in the world to stock the chair, which will sell for around £2,500 - although the price hasn't been finalised yet.

"When I first heard about the Ypush, it stopped me in my tracks," commented Medical Director, Roger Allsopp. "As a surgeon, I was always concerned with the health of the patient. In times when a lot of people smoked, there were many occasions when one had to perform amputations and I always thought about the patient, but I'm ashamed to say I never thought about the carers - the people who were going to push them around. 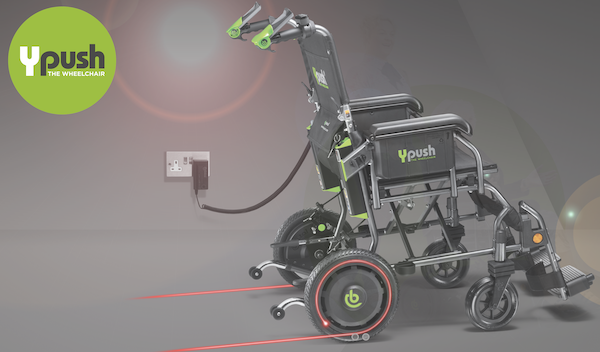 "It came as a moment of truth really and the more I looked at it, the more important I realised it was because the figures were that 70% of carers were being injured by pushing weights that they couldn't manage. The medical research is there for everybody to see, but no one had really seen it.

"In my whole career as a surgeon, this is one of the most exciting pieces of medical equipment I have ever seen. It's world-changing for potentially millions of people."

The Ypush weighs 20kg and folds up into a portable case, making it easy to transport and even take on holiday.

"I think its revolutionary," Karen Blanchford of the Guernsey Disability Alliance said after giving the chair a go.  "I was happily pushing someone around and going up a slope, you can reverse, it's easy to use, it packs up and gets in the car. All of those things can be difficult for many of our members who are trying to have as much independence as possible and still be able to get out and about to shop, eat out and take part in the community."

Mr Harrison has offered to go out to people's homes to give them a proper demonstration of how the Ypush works. They can then borrow one of the chairs for a day or a week and see whether it would make a positive difference to their lives, before committing to buying one. 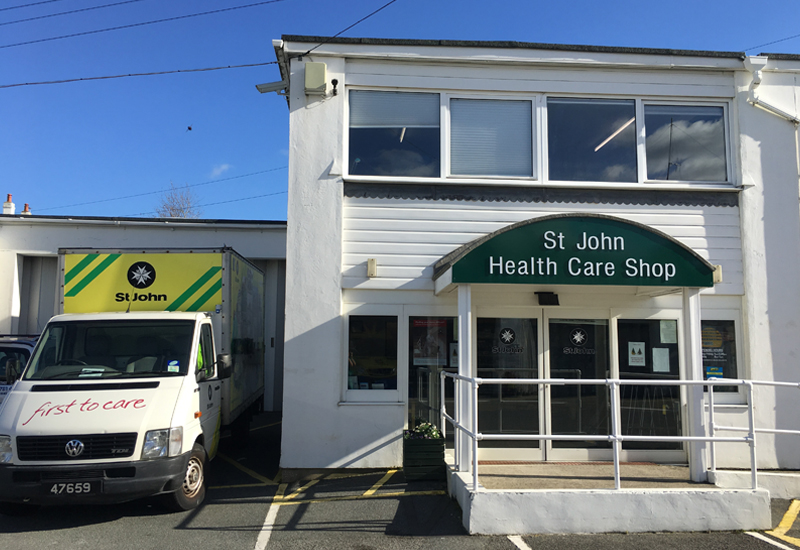 Pictured: The Ypush is currently only stocked at the St John shop in Guernsey.

"I think this is going to change people's lives hugely," added Relationship Manager at St John, Jac Llewllyn-Jones. "For carers pushing somebody around, it's going to make their lives less painful, less stressful and less tiring. And actually, I think a lot of people who are in wheelchairs have guilt about the people who are pushing them around, so from that perspective, it will make them feel they are able to go out without thinking 'oh, you don't want to push me through Town' or wherever it might be."

Anyone interested in giving the Ypush a go or learning more about the product can visit the St John shop or call the team on 729268.