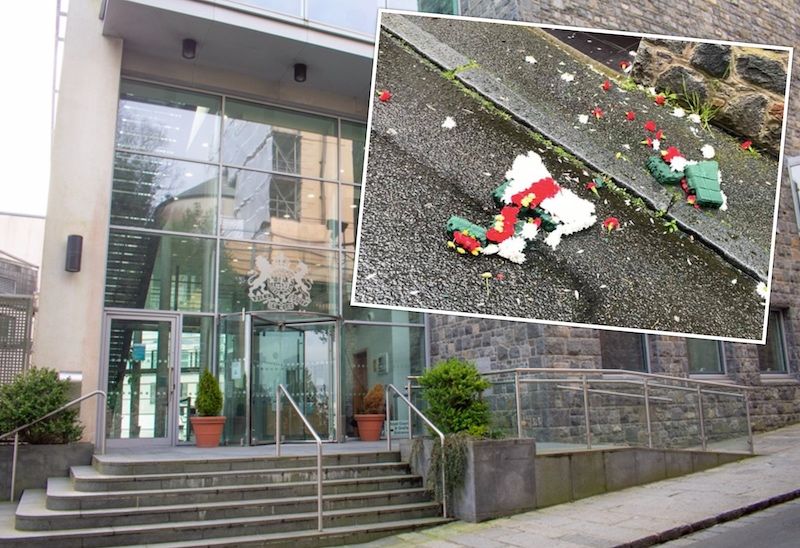 The four young men and women charged with destroying the War Memorial wreath just after it was laid on Liberation Day have appeared in court for the first time.

They were all arrested in May, after Guernsey Police published an appeal for information on social media, which sparked a huge response from the public.

However, given the level of public interest and the amount of "threats" the defendants received via social media following the incident, the Magistrate's Court has taken the unusual decision to place restrictions over their names and addresses, at least until their next appearance.

For that reason, Express cannot identify the people accused.

A member of Guernsey Police staff who deals with social media said the "majority of threats were made on the Bailiwick Law Enforcement Facebook site" and that some were "quite extreme". Many of these comments have since been removed and therefore couldn't be presented to Judge Gary Perry to assist his decision on the restrictions. 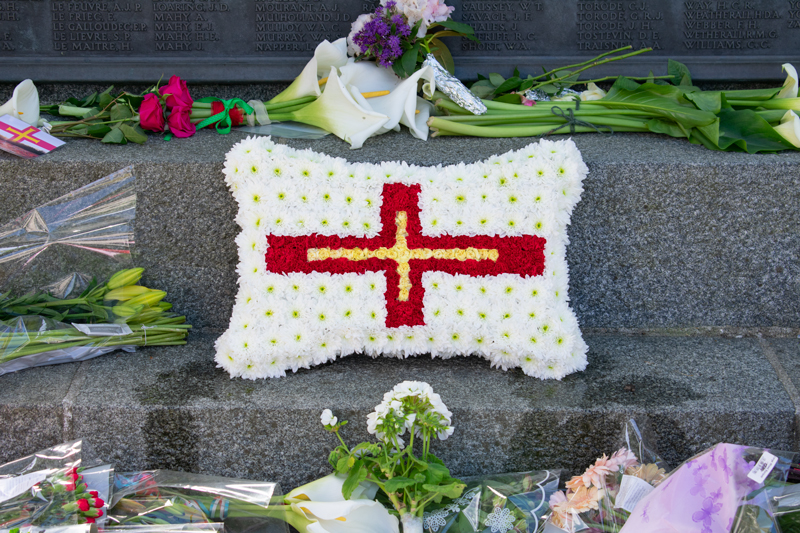 Pictured: A new wreath was laid at the War Memorial, while members of the public laid their own flowers in respect.

"At this stage, as I don't have enough information to make any form of permanent decision, I am satisfied there is at least a risk of prejudice to the administration of justice certainly in respect of [publishing the defendants'] addresses," said Judge Perry. "I'm not yet convinced in respect of names, but I'm not going to make a decision on that until I have the full picture."

He decided to put restrictions on both the names and addresses, with plans to review them when the accused four appear in court again, later this month.

None of the defendants have entered a plea yet and will return to court on 20 July.

They have all been released on bail, with conditions not to leave the island and to surrender their photo ID to the police.

Cause of new covid case unknown

Oliver to head up Planning