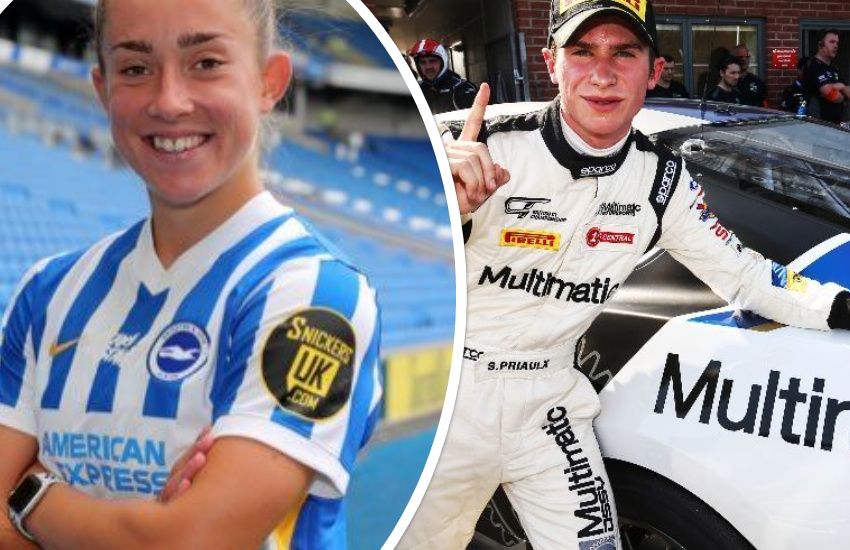 The Guernsey Sports Commission's annual sporting achievement awards were presented at Beau Sejour last night. They celebrated the best in individual and team sports throughout 2021.

The prestigious Sports Commission Trophy was awarded to Maya Le Tissier for her outstanding year in women’s professional football, during which she established herself as one of rising stars in the FA Super League.

Ms Le Tissier regularly featured in Brighton and Hove Albion's starting line up and helped them to an impressive league campaign and the semi-finals of the Women’s FA Cup. 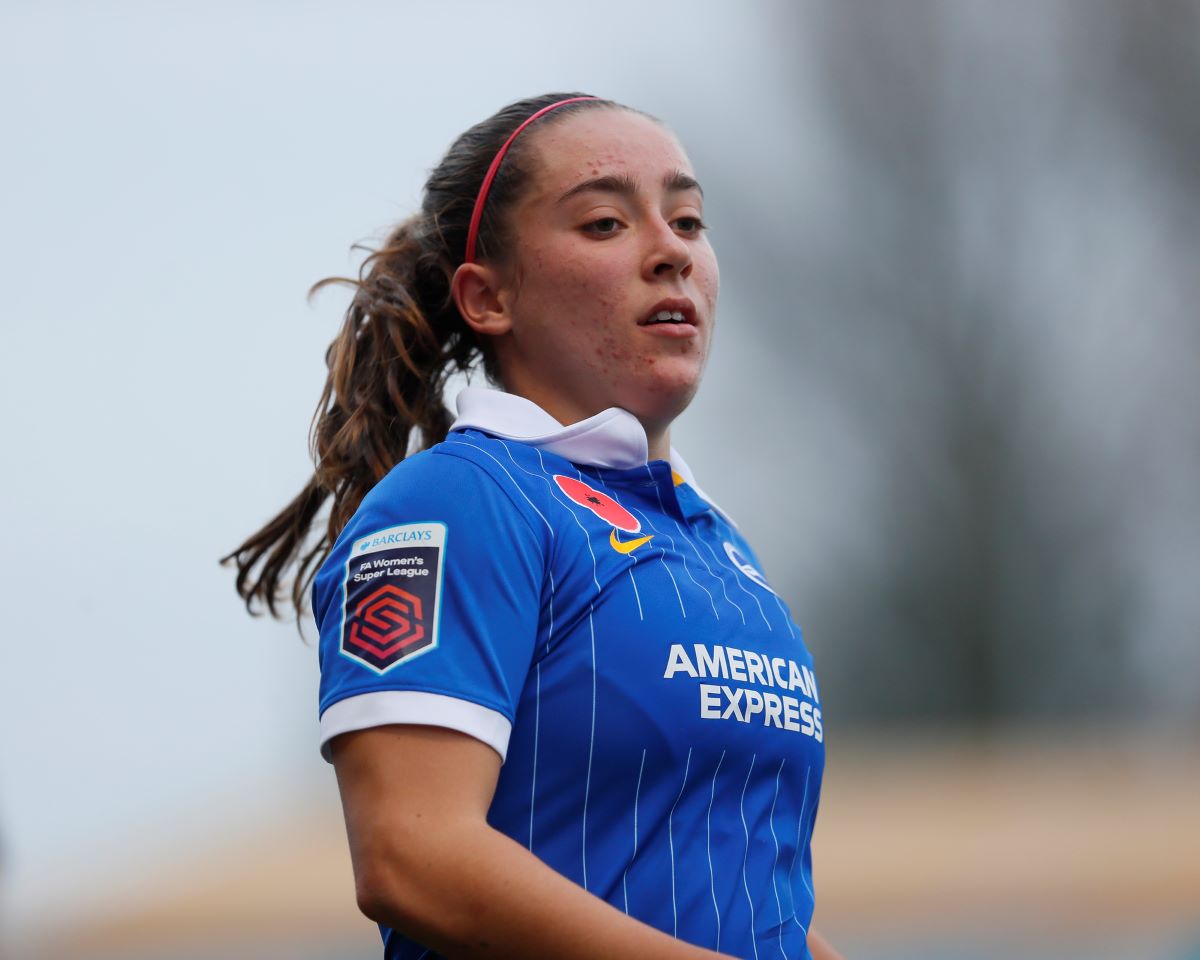 The Richard Burton Salver was presented to Sebastian Priaulx for his outstanding individual achievements in motorsport.

This required multiple trips between the island and America – made even more challenging by the covid-19 pandemic. 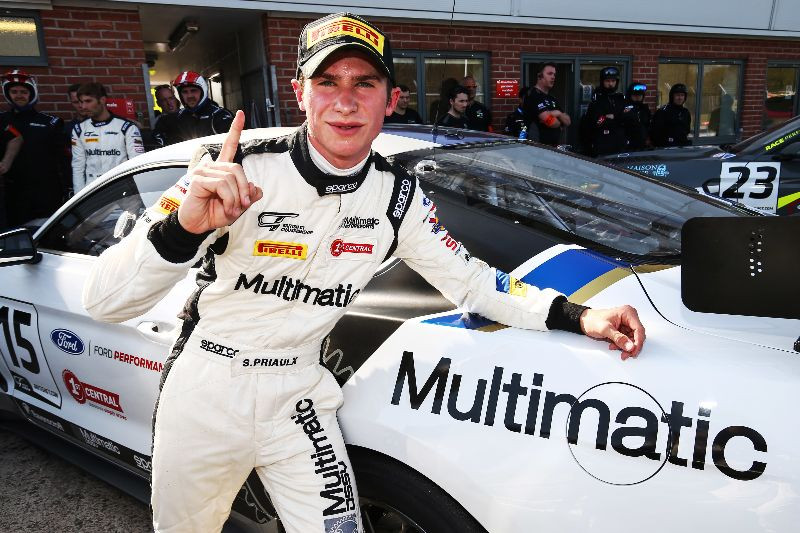 Pictured: Sebastian Priaulx has followed in his father's footsteps as a successful motorsport driver.

Abi Galpin picked up the Guernsey Brewery Salver for her outstanding achievements in athletics.

In an extremely successful year, Ms Galpin broke athletics records every month from May until September. 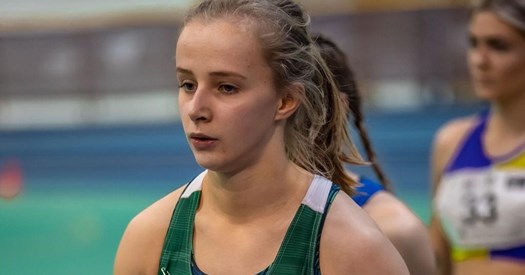 The Sir John Loveridge Trophy is awarded to the sportsperson who made the most progress over the year. Thierry Le Cheminant was recognised for his triathlon efforts last year.

Over the past five years, Mr Le Cheminant has committed himself fully to the sport and is now established as one of the best local competitors.

In 2021, he won his first Olympic-distance triathlon despite still being under the age of 18.

The Small Team Trophy - which is for teams with under four competitors - was awarded to Marc Isabelle and Danni Barnett for their doubles rowing efforts. 2021 was the first year the duo competed in the doubles class.

They raced and navigated between Sark and Jersey, securing first place by less than a minute. They were crowned mixed doubles champions and were pivotal in helping the Guernsey Rowing Club retain the Le Poidevin Trophy.

They also won the Odey Wealth Weekend League and the Guernsey Cricket Association Cup. They lost only three matches all season.

Absolutely thrilled for the lads. To win the treble was incredible. And this award is a great honour. #mightygriffins #cando @CGWM_UK

Pictured: Wayne Martel, a member of the Griffins, expressed delight with his team's performance last year and winning the award last night.

The Lambourne Shield, presented to a sportsperson between the ages of 11 and 18, went to 16-year-old golfer Ollie Chedhomme.

He was recognised as the best Guernsey Golf Union player for the second time. He also succeeded in winning both the Alderney and Guernsey scratch leagues against some of the island’s top players.

And in September, he was selected for the men’s inter-insular team, becoming the youngest Guernsey player in living memory.

The top junior team of the year is presented with the Beau Sejour Trophy. This year it went to the Guernsey Horse of the Year team for show jumping.

They were triumphant in the competition following a close finish against their Jersey rivals.

Pictured: Mark Naftel was unable to be at Beau Sejour to accept his award but the good news was relayed to him on social media.

Mr Naftel served as President of Guernsey Triathlon for two decades and only recently stood down from the role.

He is recognised for helping to develop the club from a small group of individuals to a membership of 185 with an even gender split.

He also dedicated much energy to the junior club, which now has over 30 young members developing their triathlon skills each week.

Pictured: Triathlon has Guernsey has increased in popularity significantly during Mark Naftel's years of dedicated service to the sport.

The Sport Guernsey and Nautical Guernsey Shield is awarded to the outstanding event organiser and this year the team behind the Centenary Siam Cup took home the prize. The rugby match took place at Footes Lane on Saturday 6 November after a series of cancellations.

Jersey edged out Guernsey by 14-13 to retain the trophy, but the home teams responded with victories in both the women’s Siam and the Nash Cups.