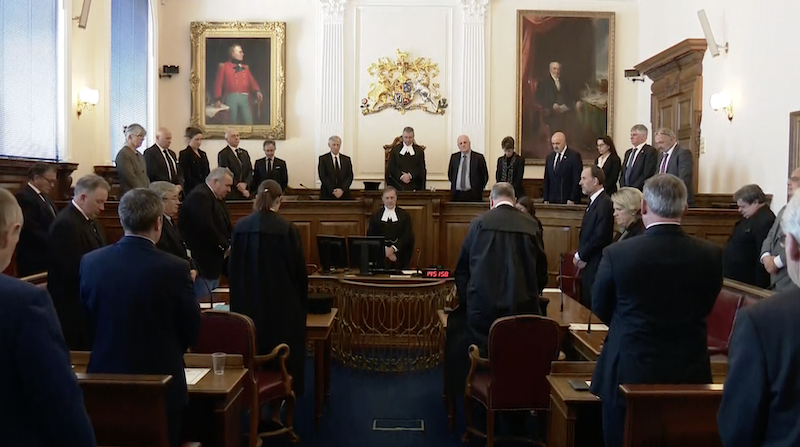 Equal pay for work of equal value must not be placed on the backburner when the States decides what projects to prioritise and which to shelve this week, says the Women's Institute in a plea to Government.

It has been illegal to pay men more than women for work of equal value in the UK when the Equality Act was passed in 2010, with the WI nationally lobbying for change since 1943.

The Women’s Institute Guernsey represents over 300 women in the Bailiwick.

"We are disappointed to note that P&R wish to delay the timetable and implementation of the work flow for the introduction of the policy letter and legislation relating to ‘Equal Pay for work of Equal Value’ of the Government Work Plan," said Joint Chair Corrina Walker.

"This could have a significant financial impact on the women of The Bailiwick."

WI Guernsey is supporting amendment two submitted by Deputy Roffey and Deputy de Sausmarez, which calls for the policy work and economic impact study to be carried out at the same time as the work proposed under Phase 2a of the discrimination law reforms.

"We feel delaying this work and the knock-on effect of delaying the legislation will mean its implementation will not be until sometime in the 2030’s - some 20 years and more after the UK implemented this type of legislation," said Mrs Walker.

"Failure of the previous P&R committee to publish the Kojima report highlighting a likely £50m pa shortfall when implementing ‘Equal Pay for work of Equal Value’ within The States of Guernsey demonstrates that women in the Bailiwick are getting a raw deal and action is required now."

Mrs Walker said paying women less than men for jobs of equal value is inherently unfair and has far-reaching implications by contributing to the gender pay gap, women’s lower pension contributions and their higher incidence of relative poverty later in life.

"Jobs that historically have been thought of as ‘women’s jobs’ are likely to be underpaid compared to a male counterpart of a job considered ‘for work of Equal Value’ and therefore delaying legislation would impact on women of The Bailiwick considerably more," she said.

"The UK courts have ruled that canteen workers and cleaners equal to surface mineworkers and clerical workers, as well as school nursery nurses equal to local government architectural technicians which highlights the diversity of the jobs being compared. It is therefore important to complete the policy work and economic impact study as a matter of urgency to fully understand any inequalities."