When it rains, look for rainbows! 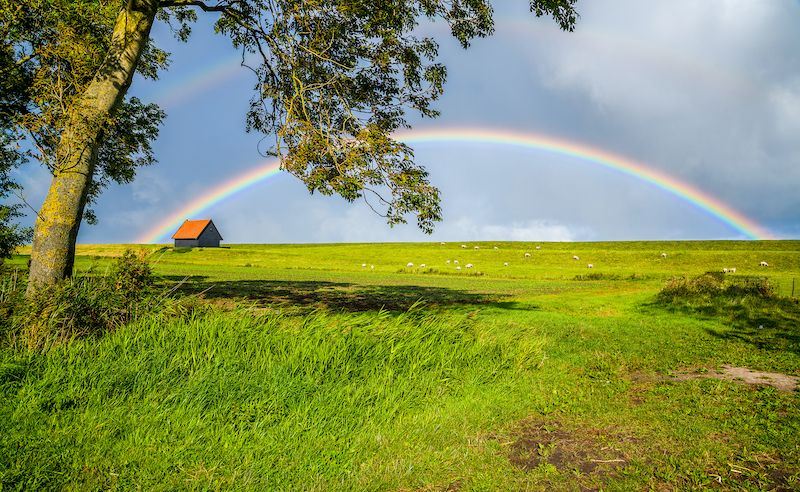 When it rains, look for rainbows!

There's a saying you may have seen on Instagram or Facebook, that suggests when it rains you should look for rainbows, and that is exactly what we're being asked to do right now, with colourful pictures starting to appear in windows across the islands already.

It's not clear who first suggested it, but the support groups which have recently appeared on social media are encouraging those children now being home school to get colouring and put their pictures on display for passers-by to see.

Businesses are getting involved too, with the owner of Balthazar Bar & Restaurant appealing for any others to be sent to him, to create a display in his premises on the town sea front.

Steve Le Poidevin said he is loving the sight of rainbows across the island and wants to add to that, by using his restaurant as a temporary art gallery to brighten up people's lives.

With many people already choosing to self isolate, and more working from home, the pictures will also be shared online so everyone see them, and he hopes other businesses will join him in sharing the rainbows.

"I just felt we could brighten the island up, show solidarity with each other and give the kids something to do," said Steve.

"They could look forward to seeing their art on Facebook and we could run competitions for age groups. I hope this starts other businesses putting the art up in windows too."

If you want your child's artwork to be displayed at Balthazar, which is on the Town Quay, you can post it to:

If you want to, you can put the name, age and location of the artist.

You can also submit images to be shared publicly on the Balthazar Facebook page.

First 'hardship' payments due this week