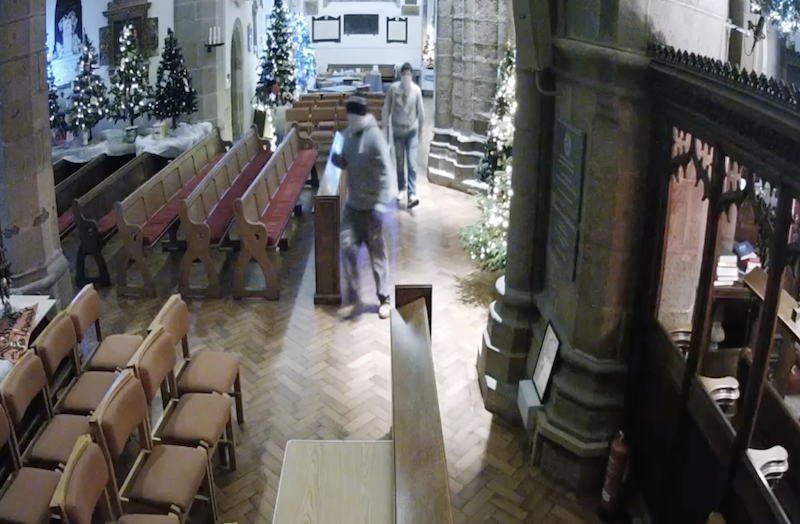 Two men have been captured on CCTV stealing money from charity collection tins in the Town Church over the festive period.

During December, the Town Church held a Christmas Tree Festival, during which money was collected and raised for various charities.

However, on Sunday 27 December, at around 18:50, two men were captured on CCTV exiting the church with "a number of the charity collection tins" in a carrier bag.