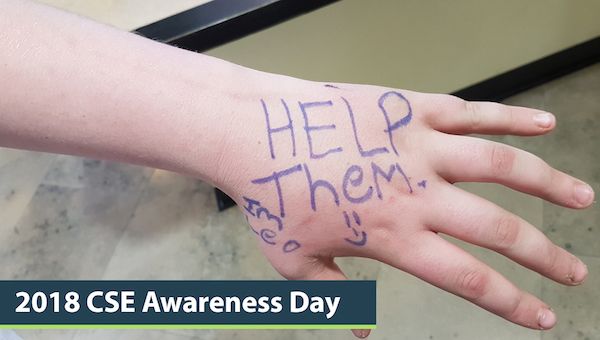 Child Sexual Exploitation is a problem affecting young people in the Bailiwick and Guernsey Police are trying to engage with them to prevent any more victims suffering.

As part of a week of events involving local schools leading up to 2018 Child Sexual Exploitation Awareness Day on Sunday, officers are speaking with secondary school pupils about what CSE actually is.

Child Sexual Exploitation is a form of sexual abuse that involves the imbalance of power to coerce, manipulate or deceive a child or young person under the age of 18 into sexual activity.

Detective Chief Inspector Clare Cuthbert said it does happen here and it can take many different forms. CSE can arise in relationships between two young people or between a younger and an older person. Both male and female victims have come forward but it remains a crime where some people don't realise they are victims and some are too worried to come forward and report their concerns to police.

Guernsey Police have made a number of visits to schools this week, focusing on the High Schools and the three private colleges; working with the Guernsey Youth Commission to raise awareness among students.

Detective Chief Inspector Cuthbert said they have been aiming to encourage everyone to "think, spot and speak out against abuse, and to adopt a zero-tolerance to adults developing inappropriate relationships with children" adding that the more people who are aware of the signs to look out for, the more chance officers have of tackling the control and abuse some victims experience.

“Often the first step is someone befriending a child or young person to gain their trust.  Often they will provide gifts, drugs, alcohol or simply affection and begin to exercise control over their victim.  Many victims are tricked into thinking their abuser is a friend or that they are in a relationship with them" she said.

Guernsey Police are telling young people there are a number of signs to look out for including:

“Many of these are common teenage behaviours, but increased instances or sudden marked changes may be signs of grooming" DI Cuthbert said.

So far this week the informal sessions have included asking students to write a message on their hands detailing what they would say to someone going through Child Sexual Exploitation.  These messages will be shared on social media throughout the week as part of the national #helpinghands awareness campaign ahead of the "Twitter Thunderclap" on Sunday 18 March which also seeks to raise awareness of CSE. 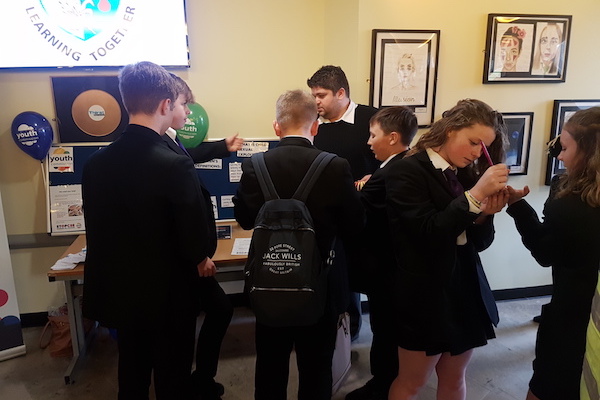 Grace Lindsay, Emotional Health and Wellbeing Worker for the Youth Commission said working with Guernsey Police to raise awareness of CSE in our Bailiwick will be of a great benefit to those at risk:

"We support a range of children and young people who are at risk or experiencing CSE and it’s important that our community in Guernsey know the signs to look out for to protect our children and where to go for support.”

CSE Awareness Day is on Sunday 18 March and Guernsey Police will be getting involved in a "Twitter Thunderclap" to try to ensure the message reaches the widest-possible audience.  Everyone who has pledged to join in will post the same awareness message simultaneously to their social media feeds at 12:00.

So far more than 397 agencies and individuals have signed up, with a potential reach of more than 3 million people.