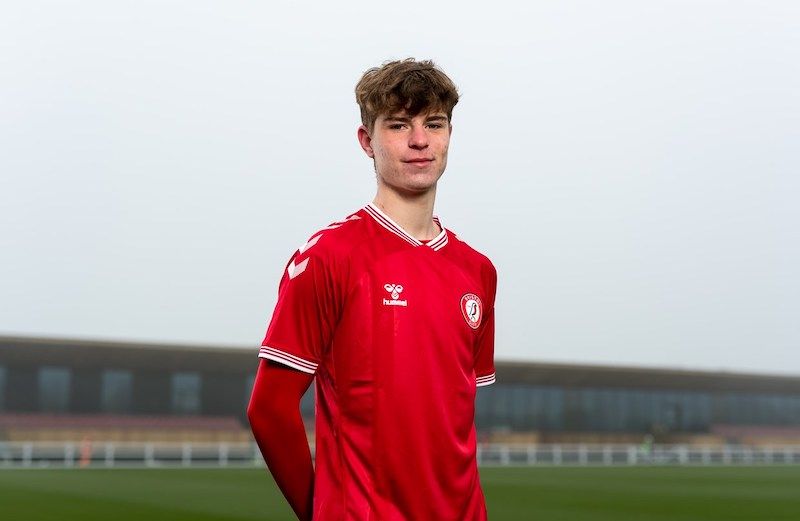 A 17-year-old footballer from Guernsey has been awarded a long-term professional contract with Bristol City.

Attacking midfielder Alex Scott has put pen to paper on a professional contract with the Robins.

Scott, who became the Green Lions’ youngest ever player on his senior debut in August, signed a pre-contract agreement with the Championship side in December 2019.

The teenager has made great strides since, playing for the club at Under-18 and Under-23 level before being named on the bench for the senior side's Sky Bet Championship victory over Swansea at the weekend.

???? “I’m just grateful for the opportunity they’ve given me.”

“A lot of thanks should go to Alex’s family and to Tony Vance at Guernsey FC who recommended Alex and has been so supportive," City's Player Pathway Manager Brian Tinnion told the club's website.

"Alex is progressing well along our pathway and he has the right attitude and ability to succeed. Not only is he a very creative midfielder but he is incredibly hard working, especially out of possession, and that’s one of his stand-out qualities.”

Academy Manager Gary Probert said: “Alex is a level-headed young man with a real desire to continually improve himself and we are delighted that he has earned his first professional contract. It’s a very proud moment for Alex and his family who have entrusted their son’s development and care to us.”

Funding Walking Football far from a walk in the park

Deloitte kicks off another season with GFA